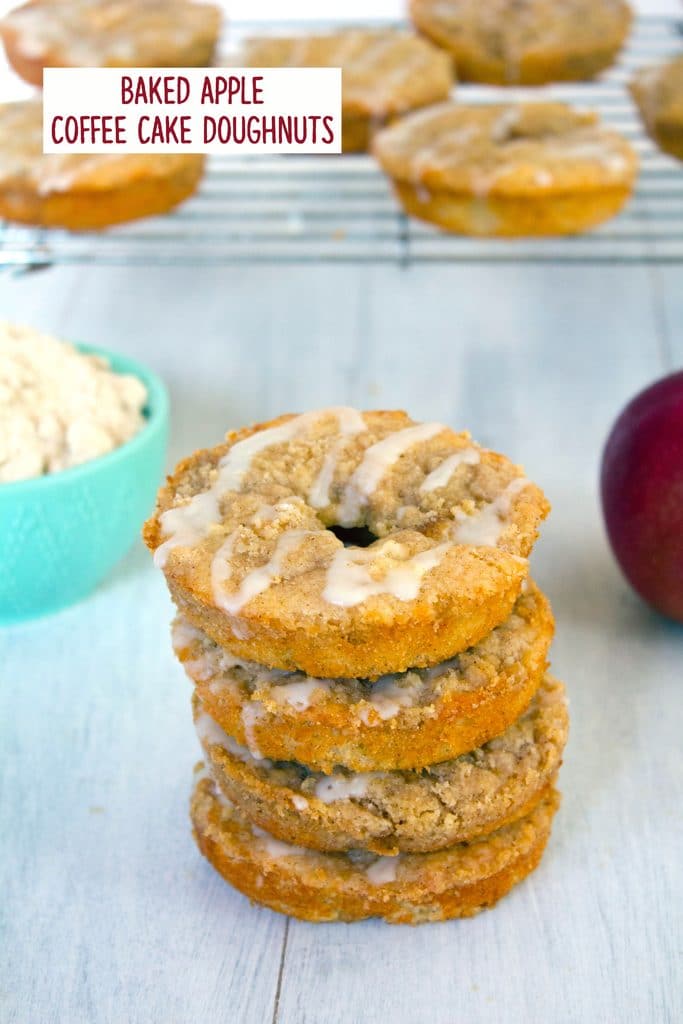 It's Monday already? And October is like halfway over? I feel like I'm living in the twilight zone right now and the last couple weeks have been a great big blur to me. I had a glorious vacation to San Francisco and Napa and then a quick work trip to Delaware before the jetlag caught up with me and I slept for 12 hours Friday night. Which considering I generally get about 5 hours of sleep a night is basically the best thing that could ever happen to me. Clearly my body was craving it and now that the weekend is over, I feel like I need just a liiiitle bit more time to catch up on life. Don't you just really wish there were a pause button sometimes?

I think I talk about my sleep habits pretty much every January 1, but then I never do anything about changing them. Getting more sleep is my #1 most broken resolution (aside from making chocolate croissants, which I still have yet to do). Because, as tired as I am in the morning, I just cannot bear the thought of shutting down at night. It's a problem.

At least we have doughnuts. I know, I know... sugar is not really a substitute for sleep. But sometimes it's necessary. Sugar and caffeine make waking up just a little bit easier. And considering these have fresh fruit in them and are being called "coffee cake doughnuts," they were basically made to get you out of bed in the morning. I love a good apple cider doughnut, but I reallyyy wanted to have real apples in these doughnuts, so I diced one up and added it to the batter that already contained apple cider and buttermilk. Then I sprinkled on a crumb topping and a little bit of vanilla glaze. Happy fall y'all! 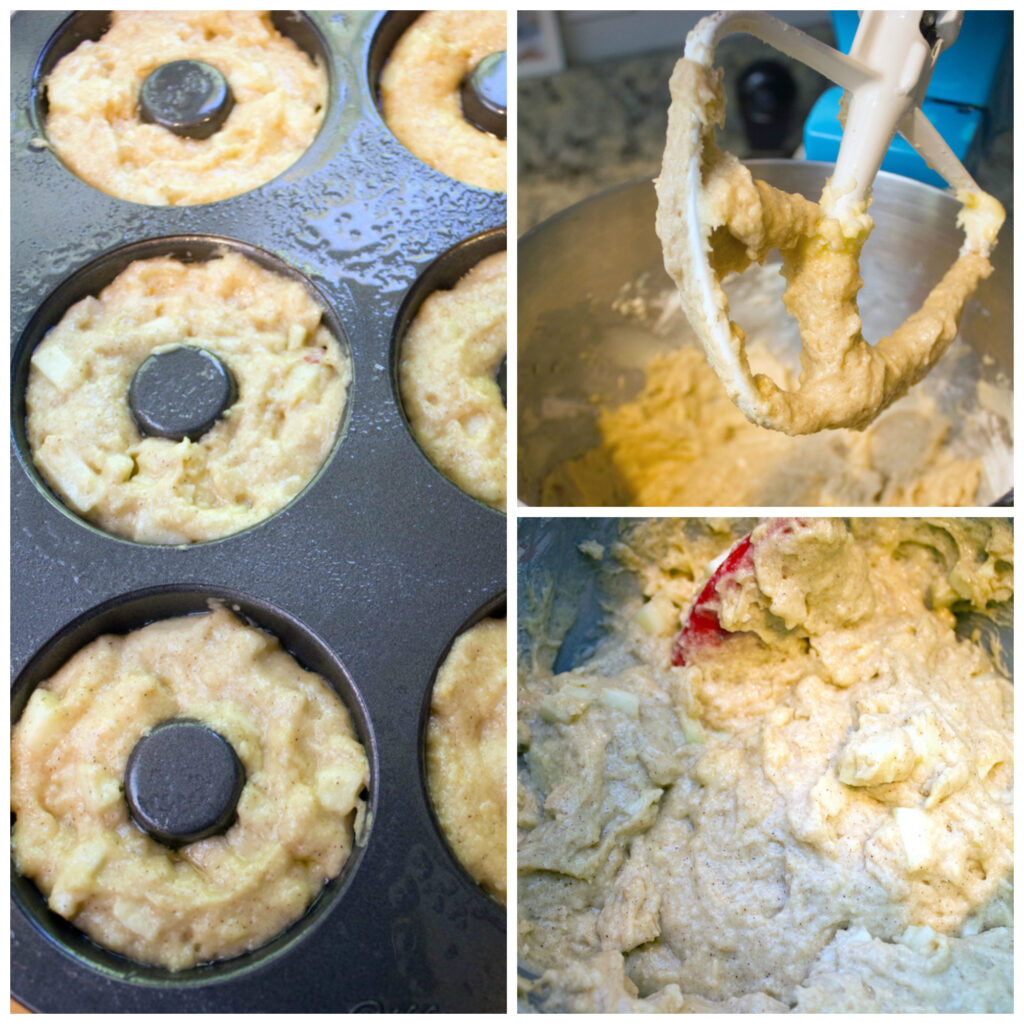 But also, happy it's going to be 80 degrees in Boston for the next two days! Great news for me because I can break out my fall dresses. And yes, I realize that 80 degrees probably necessitates summer dresses, but I'm always way too cold in the mornings to wear my fall dresses, so this is my only opportunity. 80 degrees and apple doughnuts; I'm all in. 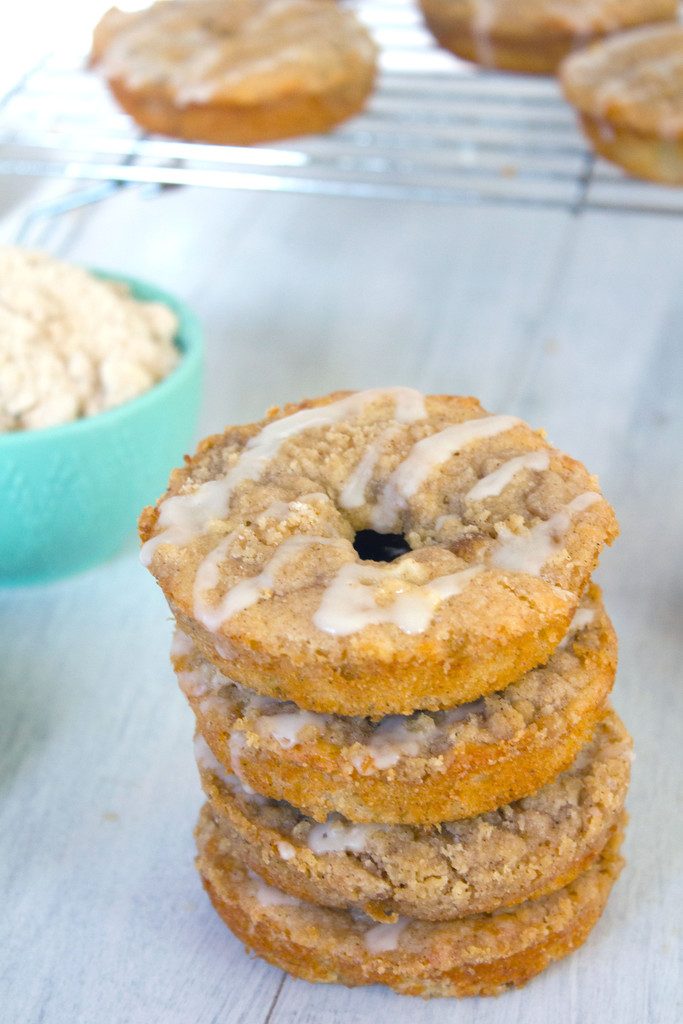 This is probably just nature's way of saying, "sorry for what I'm about to do..." because if the Farmers' Almanac is to be trusted, this winter is going to be a doozy. Allegedly, last winter was a little break for us, but now we might have a winter similar to that of early 2015 (which if you're in New England was basically the snowiest, coldest, most miserable winter ever). Yay.

Like I said, at least we have doughnuts. Apple coffee cake doughnuts. Always. To have and to hold us when times are tough. And cold. 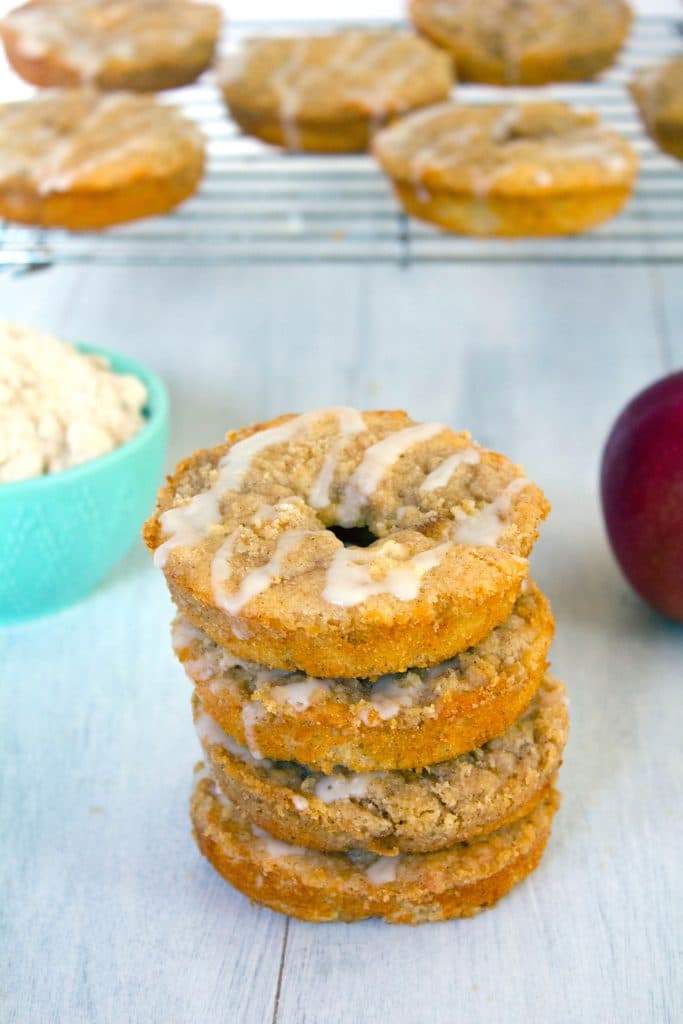 Really, I was a little bit nervous about whether or not the apple cider and buttermilk would react oddly together, but I loved everything about these from the consistency to the flavor. I reduced the apple cider by half to thicken it a bit and added it into the batter at the same point I added in the buttermilk.

The streusel topping is a simple one, but will make you feel like you're eating a little slice of coffee cake. The glaze is not mandatory, but are you really going to turn it down? Seriously, it only requires you to whisk a few ingredients together.

Happy Monday! If the weather is nice where you are, try to step outside for a few minutes and take it all in. You'll want to capture these moments to hold onto for later this year. Eat some doughnuts, too. YOLO and all that. Plus, you totally deserve it.

What are you eating along with your coffee or tea (or water, you overachiever, you!) this morning?

If you're looking for more apple dessert recipes, check out my Apple Cider Caramel Cookies and my Apple Pie Ice Cream! I also can't wait to make these Caramel Apple Baked Donuts from Chew Out Loud. 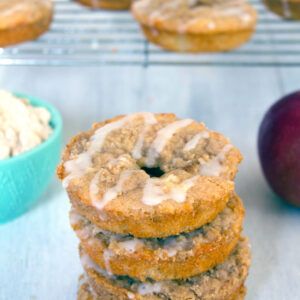