Have a plethora of fresh chocolate mint in your herb garden this season? Make these super moist and fluffy  Coconut Cupcakes with Fresh Chocolate Mint Buttercream. 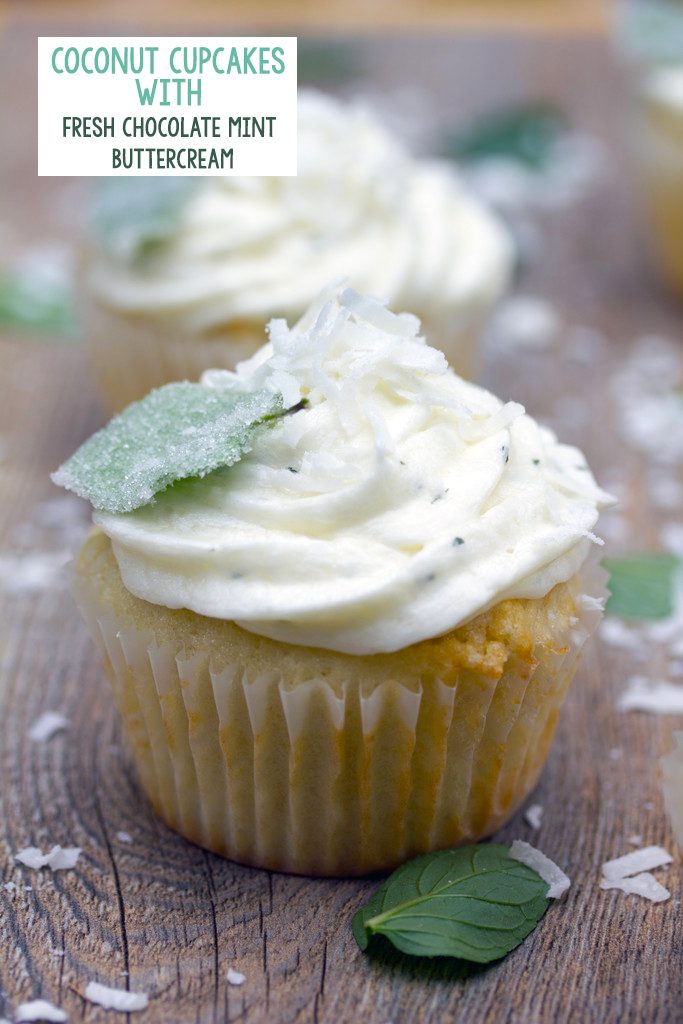 This summer, I grew an herb garden on my deck. And it flourished. It flourished like crazy. Maybe even a little too well. As in, my chocolate mint plant is absolutely out of control. And I basically need to incorporate chocolate mint into my every meal until the first frost comes (which will likely be tomorrow judging by how cold these Boston nights/mornings have been... ugh!). To  be honest, chocolate mint isn't the most useable of herbs, but Chris picked it up because he thought I'd like it. And I do! It's so cool that this herb really does smell and taste like chocolate mint. But let's just say the plant got a little out of control and it's not like I can incorporate it into every meal.

Luckily, as you can see below, ALL my herbs are happily flourishing! 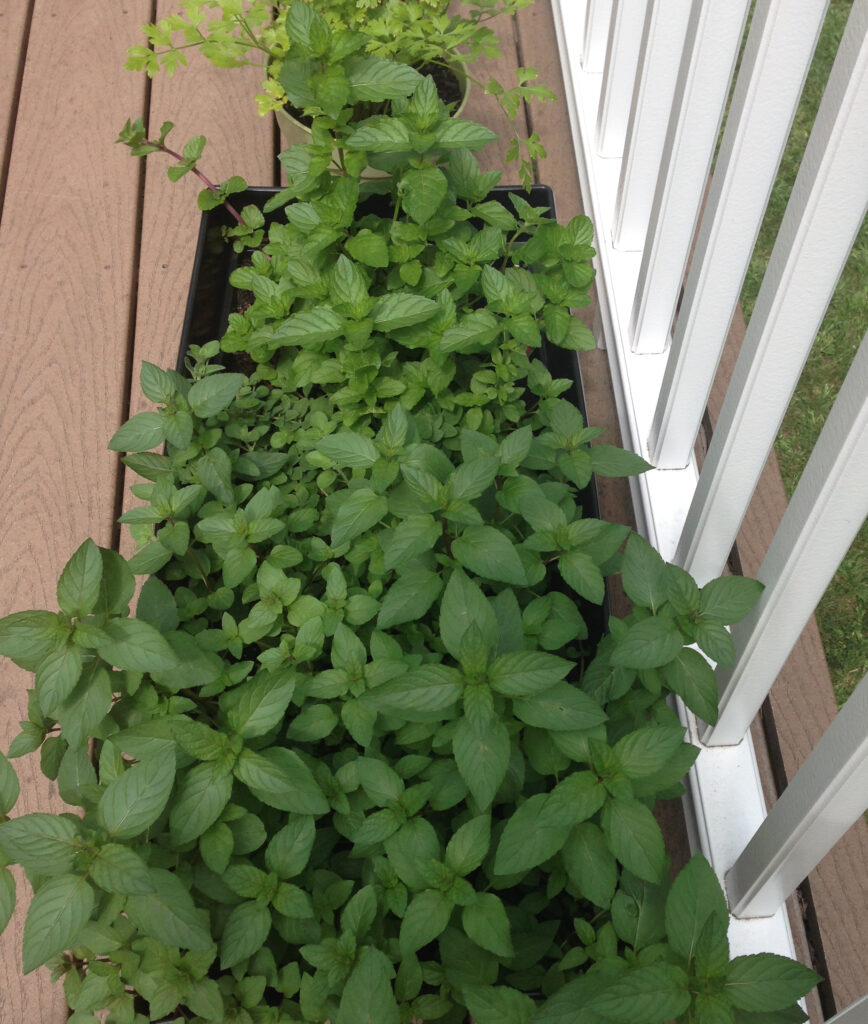 By now you know me and how my mind works, so it will be no surprise that I decided to incorporate the fresh chocolate mint into cupcakes!

Coconut has been making me SO happy lately. I've probably been eating it a little too much (same with pineapple... can you say, I clearly want to be on a tropical island??). So, I made a coconut cupcake and topped it with fresh chocolate mint buttercream and added on a sugared chocolate mint leaf on top for good measure.

This cupcake recipe is a simple one, but it does require a few steps and the sugared chocolate mint leaves need about an hour to set, so make sure you plan ahead. The cupcakes are packed with both shredded coconut and coconut milk. Yum! 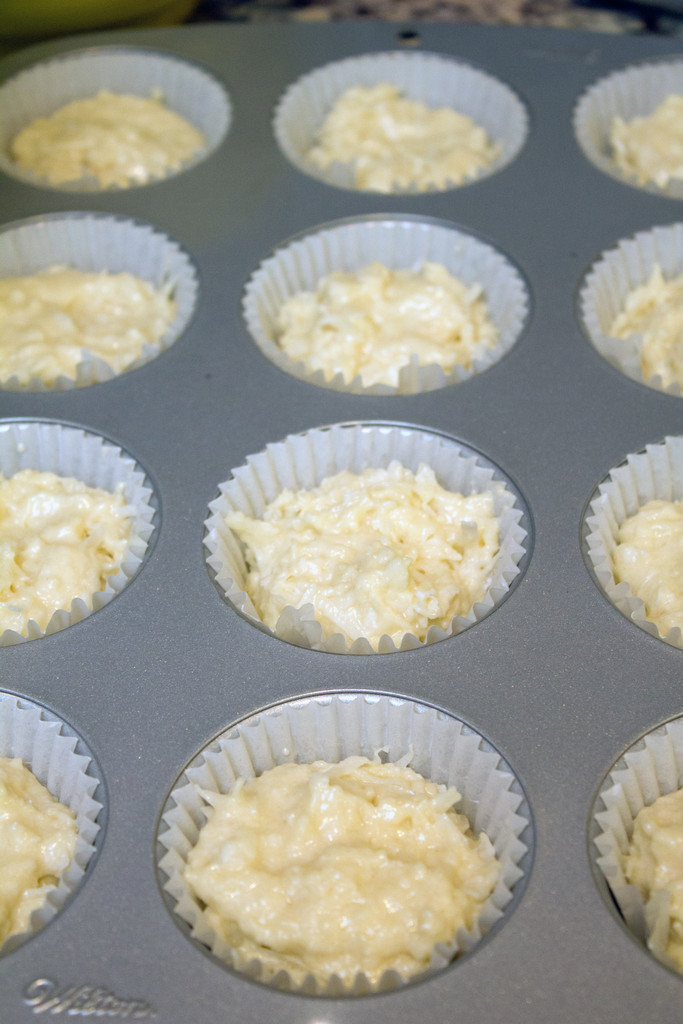 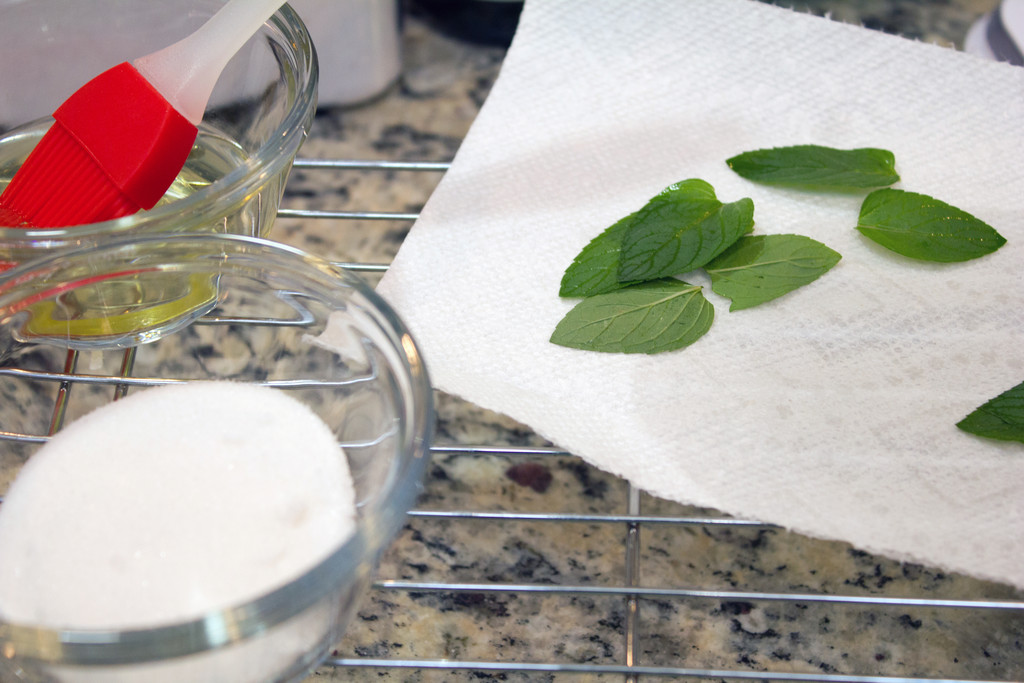 Hint: If you have a flourishing herb garden and are not sure what to use all those chocolate mint leaves for, sugar them and snack on them. OK, or just stare at them. Because they're super pretty. I know it's still August, but these would also be just lovely on all kinds of winter and holiday treats. 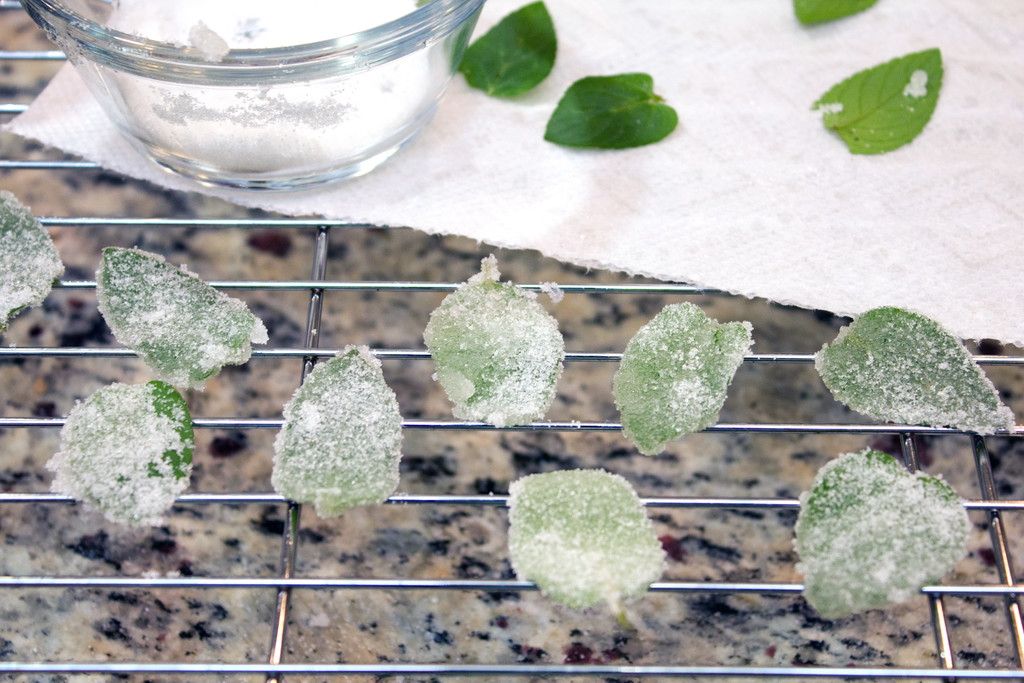 Of course, I'm no stranger to cupcakes. But these... these coconut cupcakes are extra special.

They're super, super, super moist. I know y'all hate that word, but unless you have a better word to use and can let me know, I'm sticking to it. It's better than "eating these cupcakes is like biting into clouds," right? But fine, they're light and fluffy, too. Kind of like clouds. But I'm not saying that. I'm going with moist. 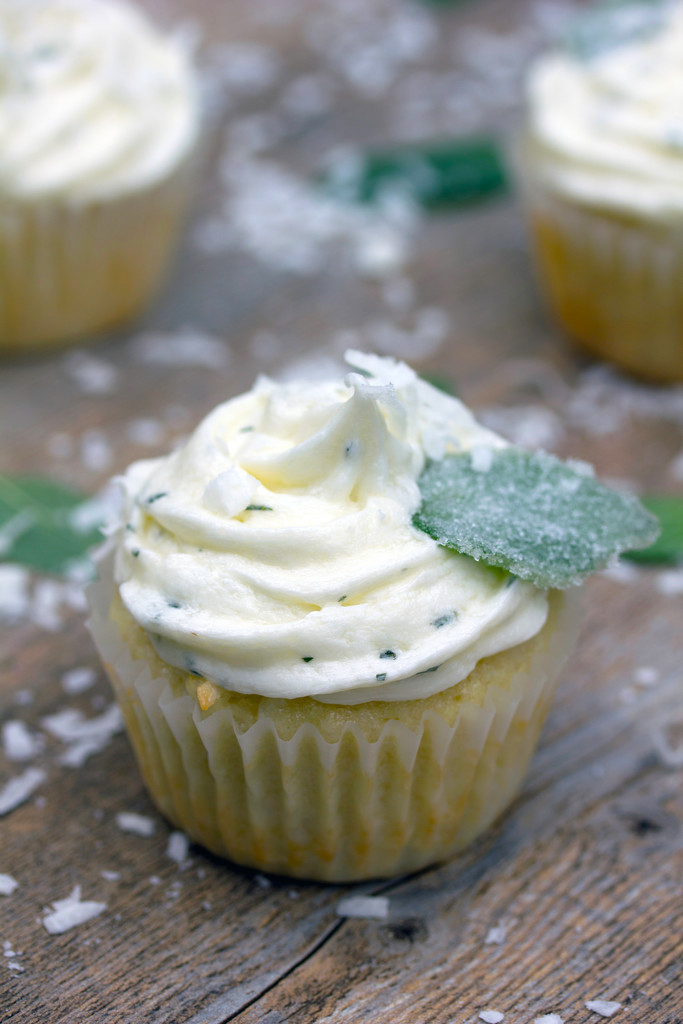 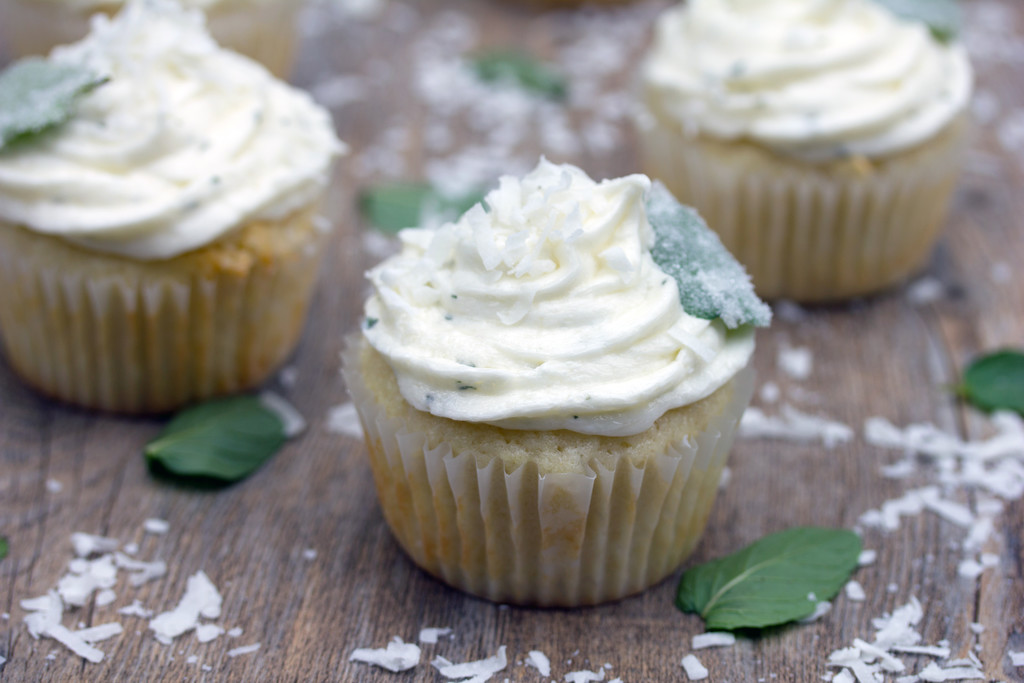 The cupcakes are packed with coconut and vanilla flavor with the most delightful hint of chocolate mint from the buttercream and filling. If you've never had chocolate mint before, I can tell you that it's mostly minty with just a hint of chocolate. I need to figure out how to preserve some for the holiday season because I'll want to use it in every dessert ever.

I just love how mint is both so summery and so wintry all at once. This chocolate mint buttercream does not discriminate between seasons. 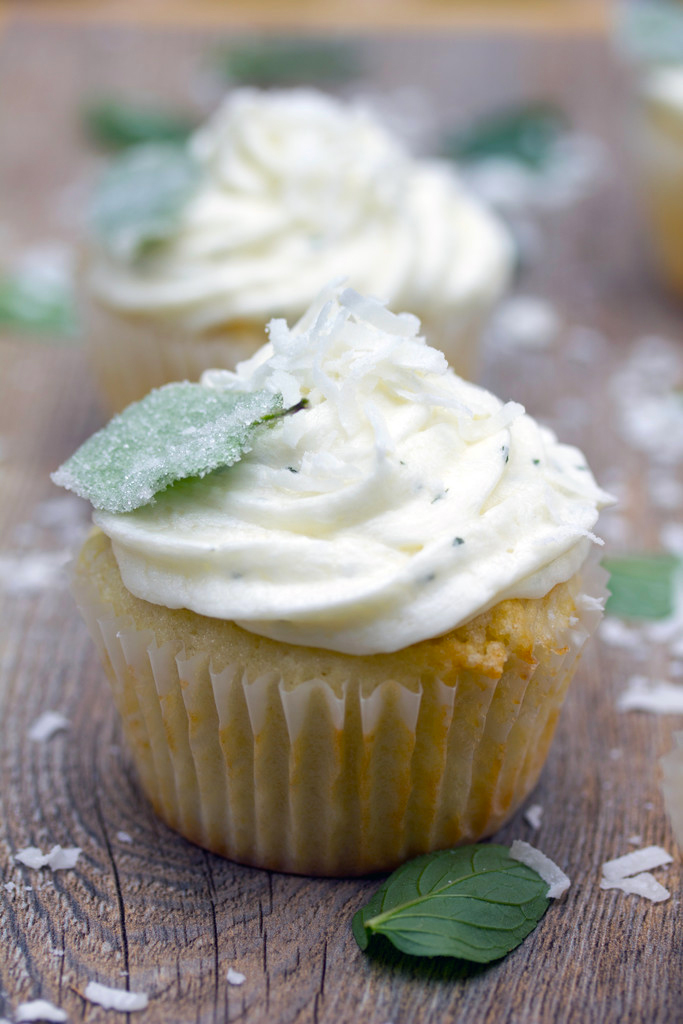 If you don't have access to chocolate mint, you can obviously make these coconut cupcakes with regular mint in the frosting. If you wanted to, you could also add some chocolate shavings to the buttercream for a similar (and completely delicious) affect. And if you have a plethora of fresh chocolate mint like I do, please let me know what else you're planning to do with it!

Have you been growing any herbs this summer? 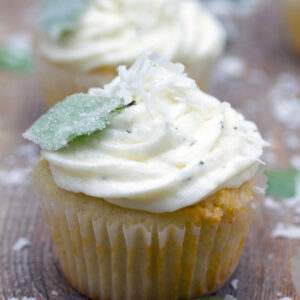