I was dog sitting the weekend of the party, so I made my stuffed mushrooms under the watchful eyes of Cissy and Mitzi. 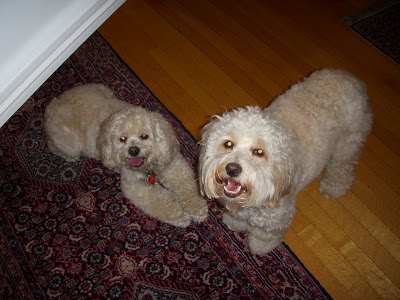 I got a stuffed mushroom recipe from Martha Stewart and adapted it a bit, especially after I read the reviews from people who had made them. The people said the stuffed mushrooms needed bacon. Who am I to argue with a request for bacon? If bacon is demanded then bacon shall be had.
Goat-Cheese Stuffed Mushroom Ingredients:

First I cleaned and removed the stems from the mushrooms. 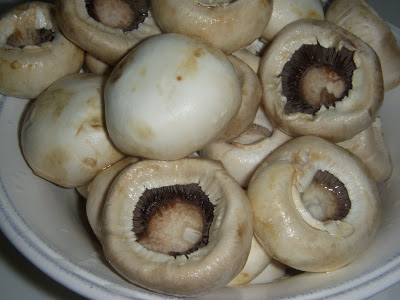 Then I started cooking up the bacon, making sure it stayed nice and crispy. 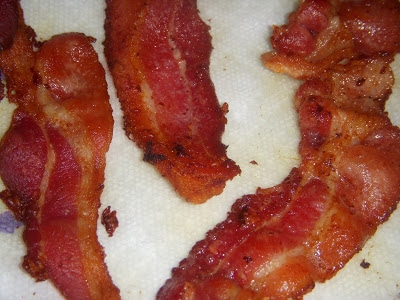 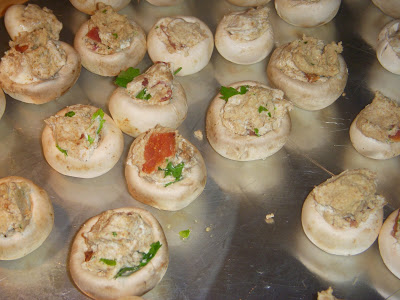 Then I rolled the filled mushrooms into the breadcrumbs I had set aside. 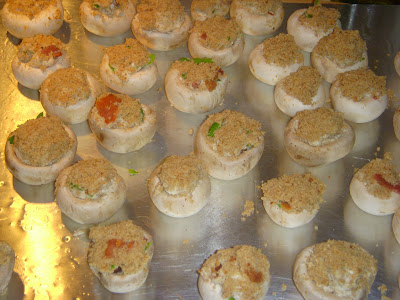 Mitzi was briefly interested when she smelled the bacon on the stove top, but otherwise she just wondered why I wouldn’t play ball with her. So, I popped the mushrooms in the oven and went outside with the girls for approximately 15-20 minutes, while the mushrooms baked. 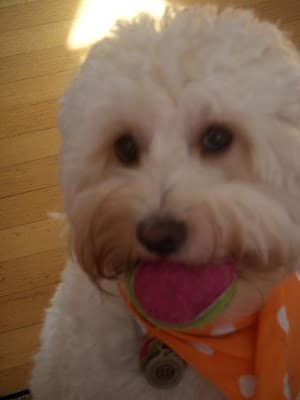 I pulled the mushrooms out of the oven and was thrilled by how pretty they looked. 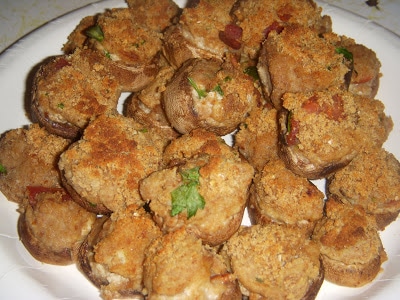 They were pretty delicious and I’m certain that the bacon gave them the extra kick they needed. Next time I think I’ll do a different variation; maybe something involving spinach or artichokes or even sausage. The stuffed mushroom options are pretty endless.
And to everyone Chels and I met at BlogHer Boston on Saturday, hi!! We had so much fun and are super excited by how many awesome people we met and how much we learned. Thank you to BlogHer for coming to Boston and showing us an amazing day!
[Sues]
Tweet
Share
Pin
Yum
Share
0 Shares