Warning!!! Turn back now if you don't like deliciously fried foods!! Don't say I didn't warn you...

When I was in Hawaii, I discovered malasadas at the southernmost bakery in the country, Punalu'u. And. I fell in love. I'm telling you right now there's absolutely nothing healthy about malasadas. They're best described as a cross between a donut and fried dough, which I think says it all. So very good and so very bad all at the same time, right? Upon arriving back home, I discovered that it's difficult to find malasadas in Boston. Not able to live without them for very much longer, I took it upon myself to make my own.

The recipe I used was not the best recipe, but I think I made the appropriate changes to it (it was really poorly written and confusing). I'm not even linking to the original recipe because it was such a disgrace and I made a million changes to it. Side note: Is nutmeg even meant to be in malasadas? Because it was in the ingredient list and then never told me where to add it. So I just threw some into the dough mixture. 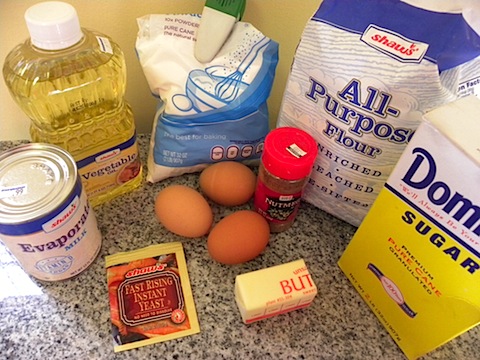 Ever since I made those cinnamon buns last month, I've been obsessed with using yeast. I know I sound crazy, but it's just such a cool little thing and I'm loving it. Especially the fast rising instant variety. 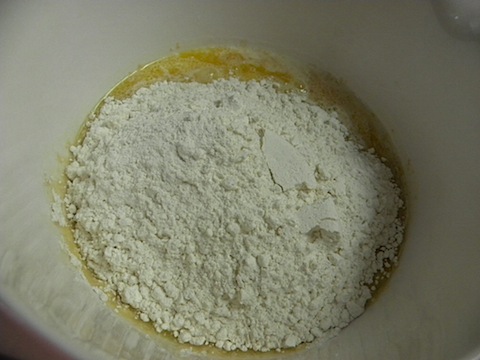 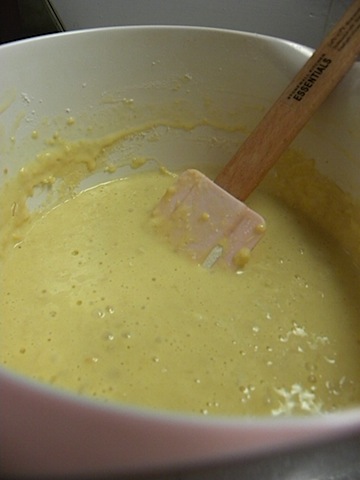 Add the rest of the flour and mix well. Then let it rise in a warm, draft-free area for about an hour. Or until it doubles in size.

This is what mine looked like when I finished mixing in the flour. 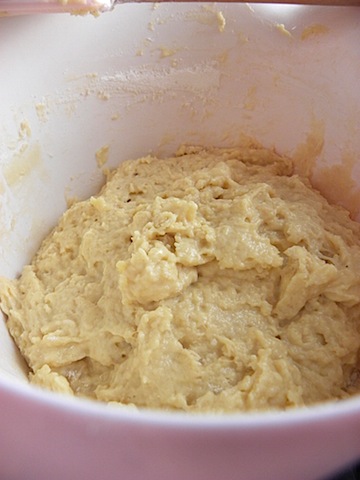 And this is what it looked like after the hour was up. Gah, I love yeast!! And I'm a big nerd. 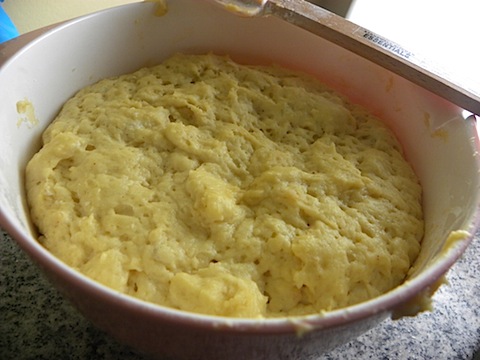 Now we're ready for the FUN part. Let's get our fry on. OK, so you want to heat your vegetable oil to 375 degrees. You should have a candy thermometer to ensure your oil is at the right temp (if it's too hot, your malasadas will burn on the outside and not cook through on the inside. And if it's not hot enough, they'll just sit in there and get gross).

Make 2-3 inch balls with your malasada dough. And cook for about 6 minutes, until golden brown and cooked through. 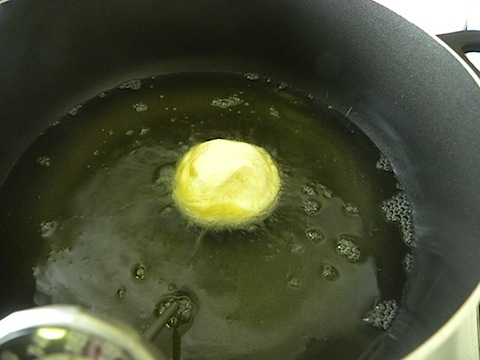 Because the temperature of the oil was right, the dough balls floated to the surface. Which meant i had to turn them to make sure they got cooked on both sides. 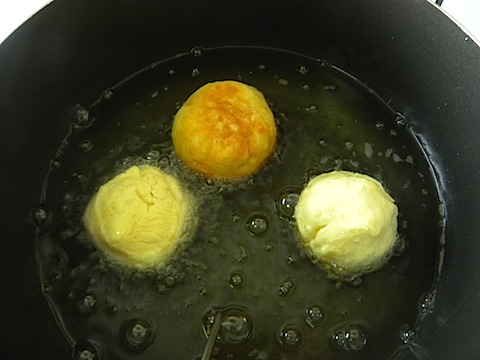 Set the malasadas on a paper towel to cool a little bit. Try not to pop them in your mouth right away. You'll burn yourself. 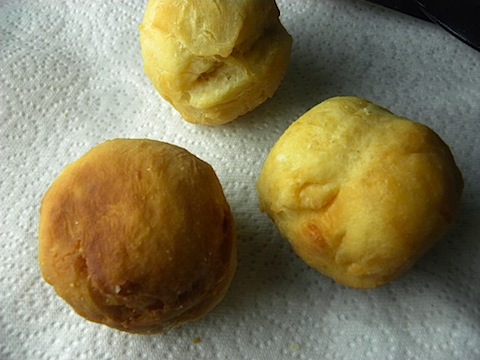 Then either roll the malasadas in ½ C sugar or put in a bag with sugar and shake. 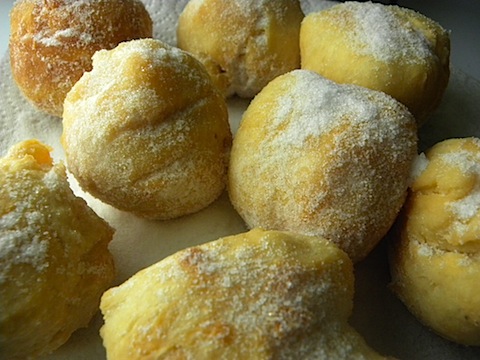 Sprinkle with a bit of powdered sugar. 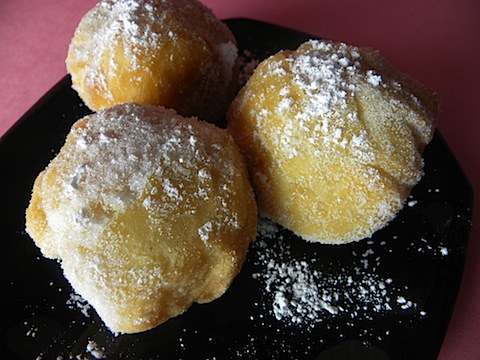 And dig in. To amazingness. I was instantly transported right back to Hawaii. Well, kind of. But I was pretty much in heaven eating warm, fried, doughy, sugary goodness. 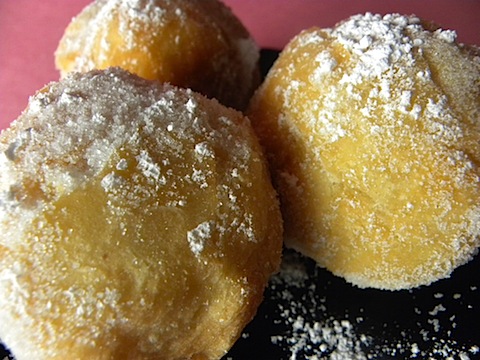 But unlike when I was in Hawaii, I don't have to put on a bathing suit any time soon, so I didn't feel so bad about eating more than one. 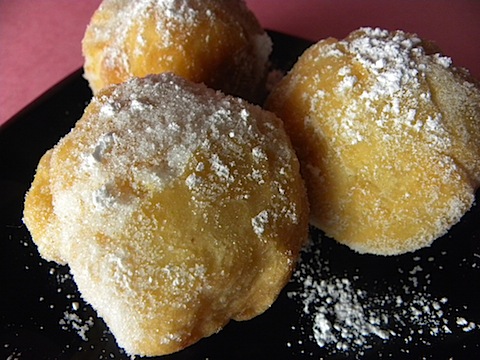 These were wonderful, but not exactly what I had in Hawaii. Does anyone have the ultimate malasada recipe? I really need an excuse to make these again. And soon! Or else, just give me something else to fry that will be delicious. Bonus points if yeast is involved.