Mini Pumpkin Spice Cheesecakes are the perfect single portion desserts made even better with Pumpkin Spice Oreo bottoms and a pumpkin candy topper. 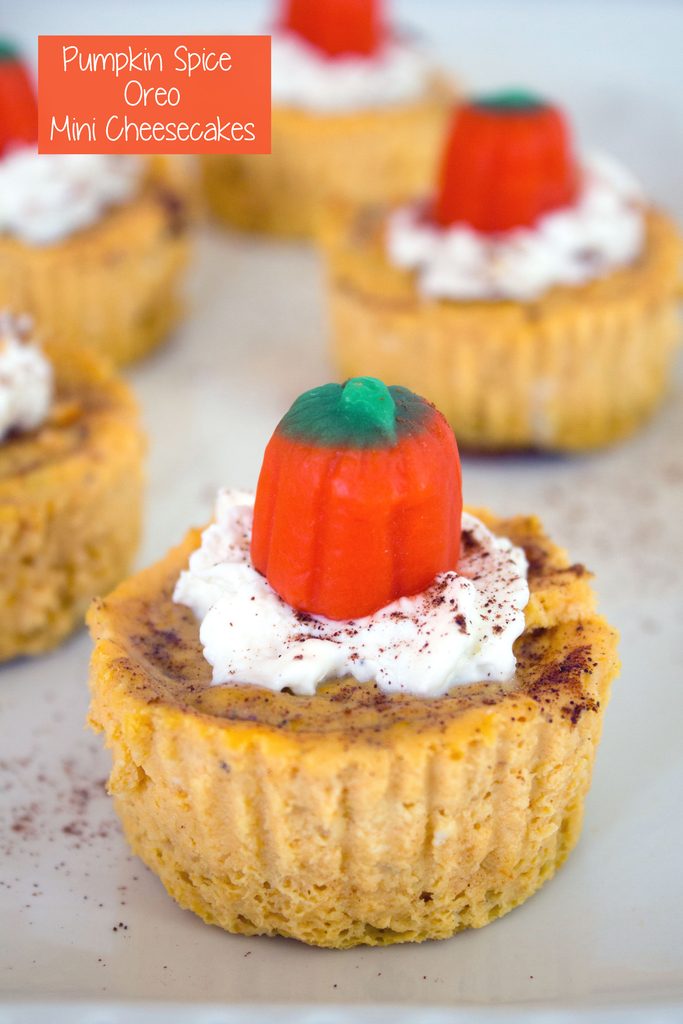 I probably tell you every year that Halloween is my least favorite holiday. But you know, the older I get, the more I come to appreciate it to the point where I'm feeling pretty OK with Halloween this year. This is probably due to the fact that I am not really being forced to participate for pretty much the first time ever. We're not having our usual team costume contest at work and instead are just bringing in candy to office trick-or-treat... Which is more than fine with me! And our friends who throw an annual Halloween party have deemed it a 20s party, which means I can put on my sequin dress, curl my hair, and call it a night. Happy Halloween to me.

But I will still never turn down the chance for Halloween candy and pumpkin goodness. And probably if you forced me to put on a costume to obtain said candy and pumpkin dessert, I would do so. But begrudgingly. And since I'm an adult and all, I can eat all the candy and sweets I want, whenever I want. While wearing pajamas if I want. Which is pretty much par for the course for me.

As the pumpkin spice obsession has progressed, I've become far pickier about what pre-packaged items I enjoy, but I will forever love Pumpkin Spice Oreo cookies. They're seriously dangerous for me and probably should not be kept in my house. It's a good thing they're only around for a short time and relatively difficult to find. 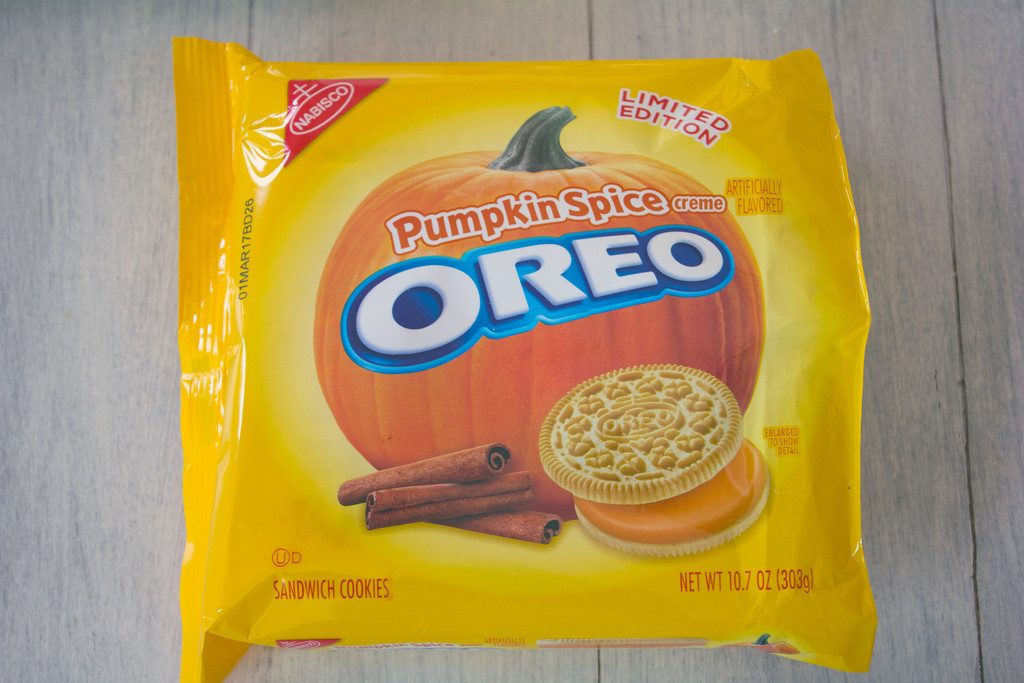 I love mini cheesecakes because they're perfect for bringing to parties and events without having to worry about slicing up a cake. Simply place them on a platter and they're ready for grabbing and eating. 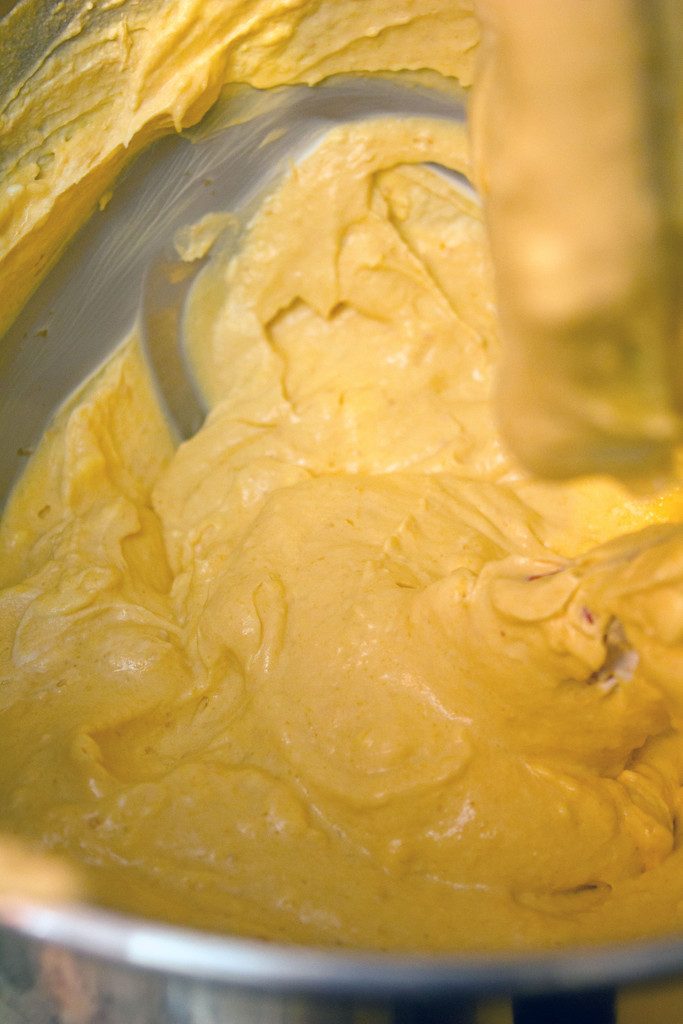 I was going to create a Oreo cookie crust, but then decided to just drop the cookies in the bottom of a cupcake paper in a muffin tin. Way quicker and easier! 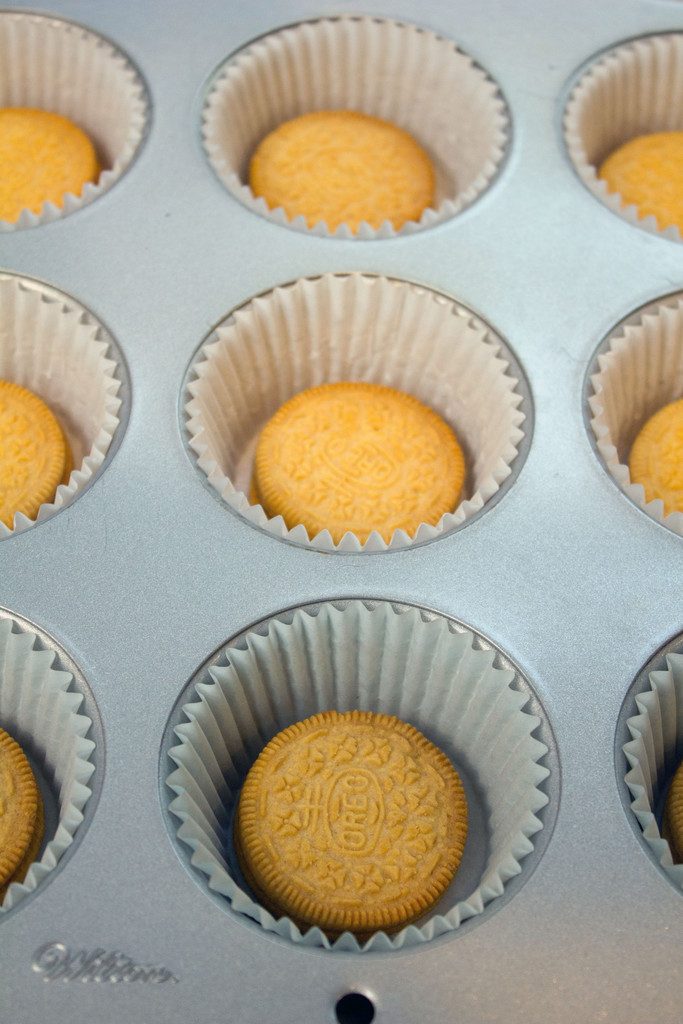 Top with the filling, bake for 20 minutes, let cool, and then top with whipped cream and pumpkins. Plus a little extra cinnamon. 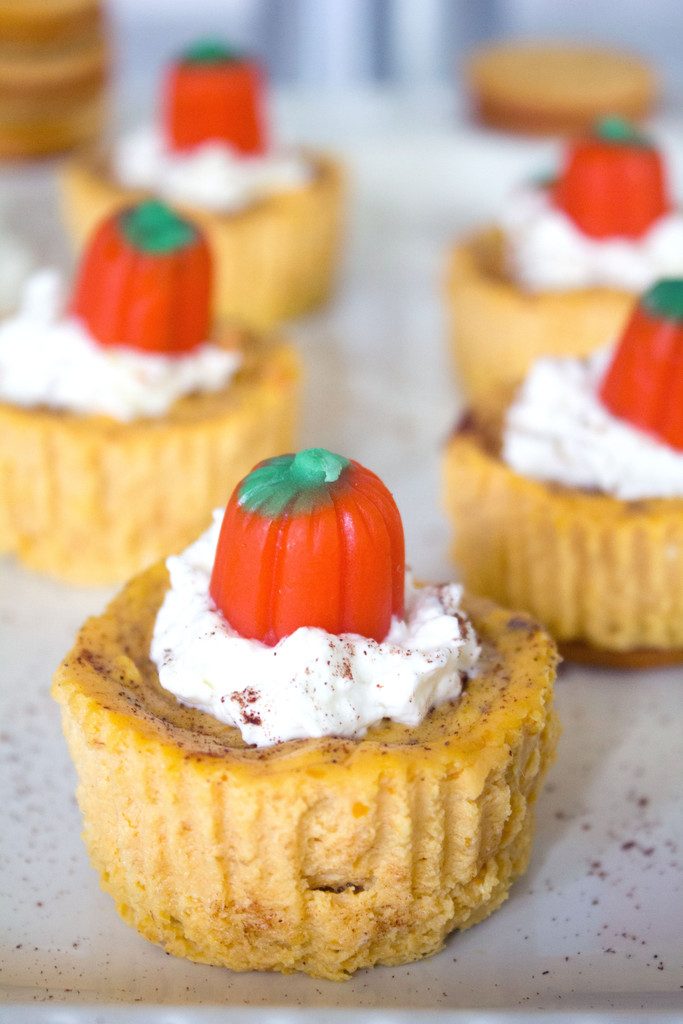 Give me a few of these on Halloween and I am a happy girl. Although, if I received these at a house while I was trick-or-treating, I'd be totally weirded out. I have issues accepting homemade food from many people and I'm pretty sure you learn at age 4 not to accept home-baked treats or really anything unwrapped from a stranger's house. I do, however, admit that this would be tempting.

These are perfectly portioned, which is both good and bad. Good because one is probably the recommended dessert serving size. And bad because you'll probably want at least three and then you'll feel piggy eating three little cheesecakes. But not so piggy that you'll turn them down. 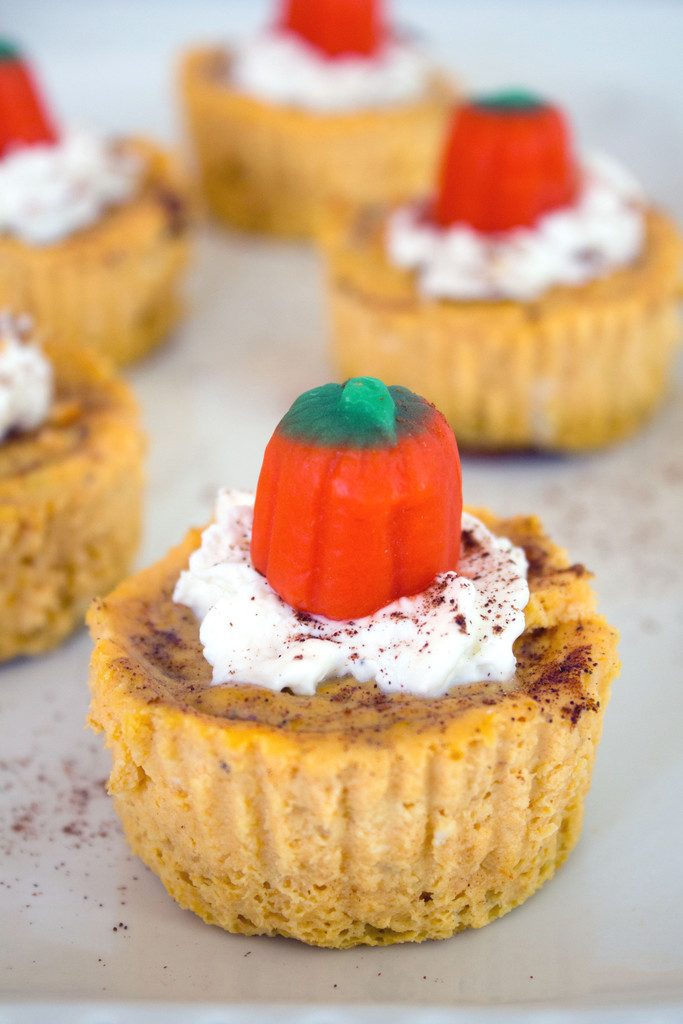 If you like cheesecake, you'll definitely be into these pumpkin spice Oreo mini cheesecake bites. The cookie crust ends up a bit more cake-like since it's not a pre-baked crust; but it complements the consistency of the cheesecake quite well. You can tell it blends right in! 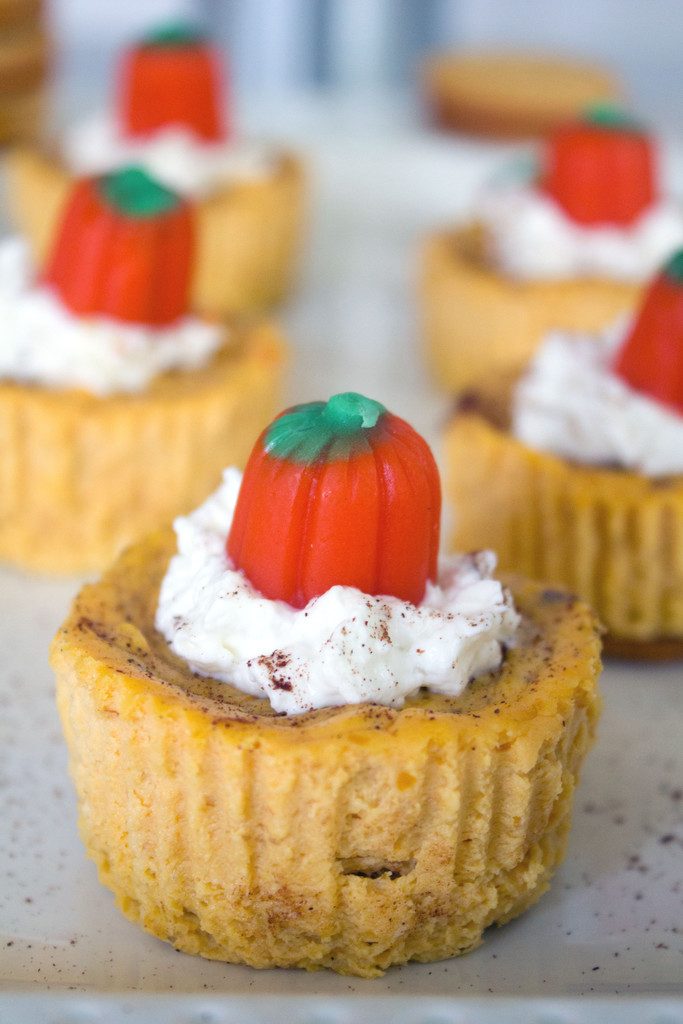 And you'll be happy to know that I still had plenty of Pumpkin Spice Oreo cookies left over after making these.

I know you were worried. I'm considering stocking up before they're gone for another year (I mean, if they even come back next year... What if they don't?!), but I also know I may turn into a child and lose my self control. And with a whole 'lotta candy coming in this weekend through Monday, I definitely do not need any additional ways to tempt myself.

Do you have self control around desserts and candy?

If you love combining Oreo cookies and mini cheesecake as much as I do, check out my Cinnamon Bun Oreo Cheesecake Bars and my Strawberry Shortcake Cheesecake Bars. I'm also obsessed with these Blackberry Cheesecake Oreo Brownies from Domestically Blissful! 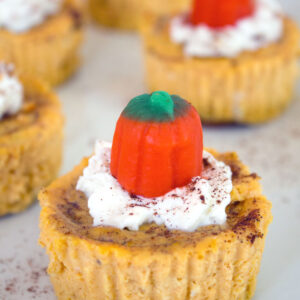