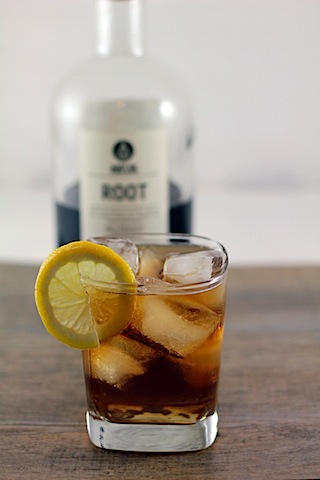 What and soda? Root and soda. Oh. Have you not heard of Root before? I hadn't. But a few weeks ago, I was chatting with one of the ladies who works at the front desk of my apartment building and we were discussing the spirits we enjoy sipping. She asked me if I ever had Root and then went on to describe it to me. Well, let's just say every ingredient in it sounded like heaven and also that I went out and searched for it that very night. It was easier to find than I expected and I just hope I'm not the last to hear about this magical spirit. 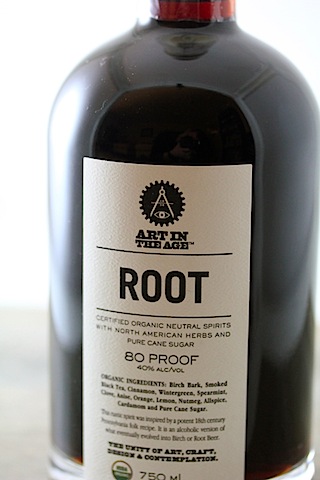 What's in Root? Birch Bark, Black Tea, Cane Sugar, Sassafras, Citrus, Allspice, Anise, Cloves, Cinnamon, Nutmeg, and Cardamom. Done and done. All the things that float my boat. But besides a stellar ingredient list, I love a liquor with a good story. If you're thinking Root sounds a bit like Root Beer, you're on the right track. See, Root is actually what Root Beer was before it was Root Beer. Before prohibition. 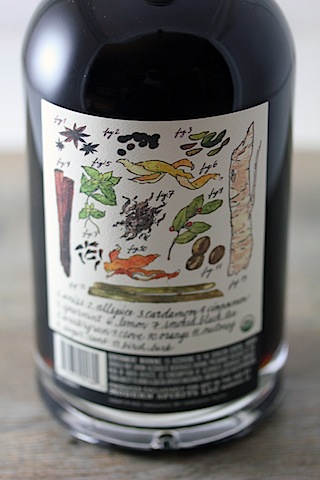 Back in the 1700s, it was called Root Tea and the recipe was taught by Native Americans to colonial settlers. But then along came the Temperance Movement and Root Tea could no longer be enjoyed. Boo Prohibition! So, a Philadelphia pharmacist simply removed the alcohol and called it "Root Beer." You know, in an ironic way, since there's no liquor in Root Beer. The pharmacist introduced Root Beer at Philadelphia's 1876 Centennial Exhibition and it was enjoyed by all… But probably not as much as Root Tea had been.

So then, Prohibition ended and alcohol was allowed once again. But somehow, it seems, Root never came back into style. Until, Art in the Age of Mechanical Reproduction decided to bring it back. They recreated Root, made a really pretty bottle for it, and gave me my new favorite spirit. Thank you, Art in the Age. I also love that it's organic because, as Art in the Age says, everything was organic back then. Good point. 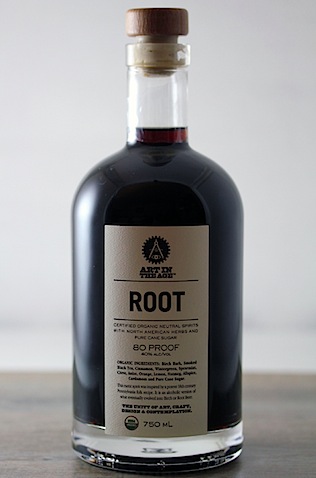 Check out this super cute video if you want to learn a little more:

There are many different ways you can enjoy Root, but on the rocks is probably the best. I, however, am a major lightweight, and prefer mixing it with soda so I can enjoy a glass full. And, like I said, it's pretty awesome. Yes, it tastes a bit like Root Beer, but it's a whole lot stronger and much less sweet. Not for children. Or wusses. It's majorly aromatic, which is exactly what I want in a nightcap. Or an afternoon-cap. Or whatever the case may be. 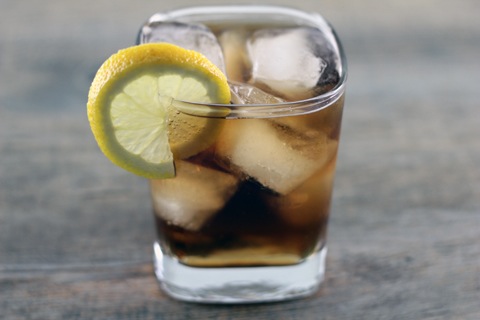 I haven't gotten too crazy with my Root recipes, but the bottle came with a little booklet containing tons of innovative recipes, including concoctions like a Root Float (Root, birch beer, and vanilla ice cream), Root "Beer" (Root and dark beer), and Root Raspberry Lemonade (Root, raspberry jam, soda water, lemons, and mint), and lots more. 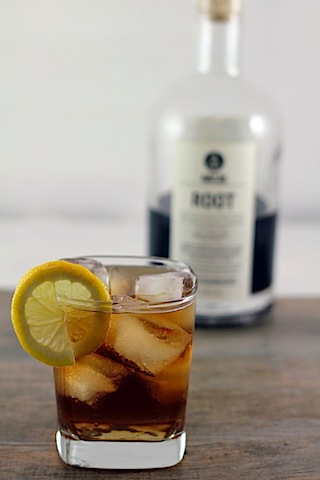 Yup, Root is my newest cocktail obsession and exactly what I'm sipping on this Cocktail Friday. But now that I've explored Root's beautiful website a little bit, I desperately want to try their other spirits: Snap (ginger snap) and Rhuby (rhubarb). And I'm mentally planning a trip to Philadelphia so I can visit Art in the Age of Mechanical Reproduction. You know how I do enjoy planning my travels around my cocktails and beer.

Happy Weekend, friends! Here in Boston, we are lucky enough to have a little holiday called Patriots Day on Monday. And since this is the first year in a long time that I'm not working freelance, I actually get it off! It's also Marathon Monday, which, let's face it, is the real reason we have it off. I've lived on the Marathon route for 7 years and since this will be my last year here (tears!), I'm definitely taking full advantage of it. Good luck to everyone running! I'll probably be drinking Root instead 🙂

What are you sipping on this weekend?