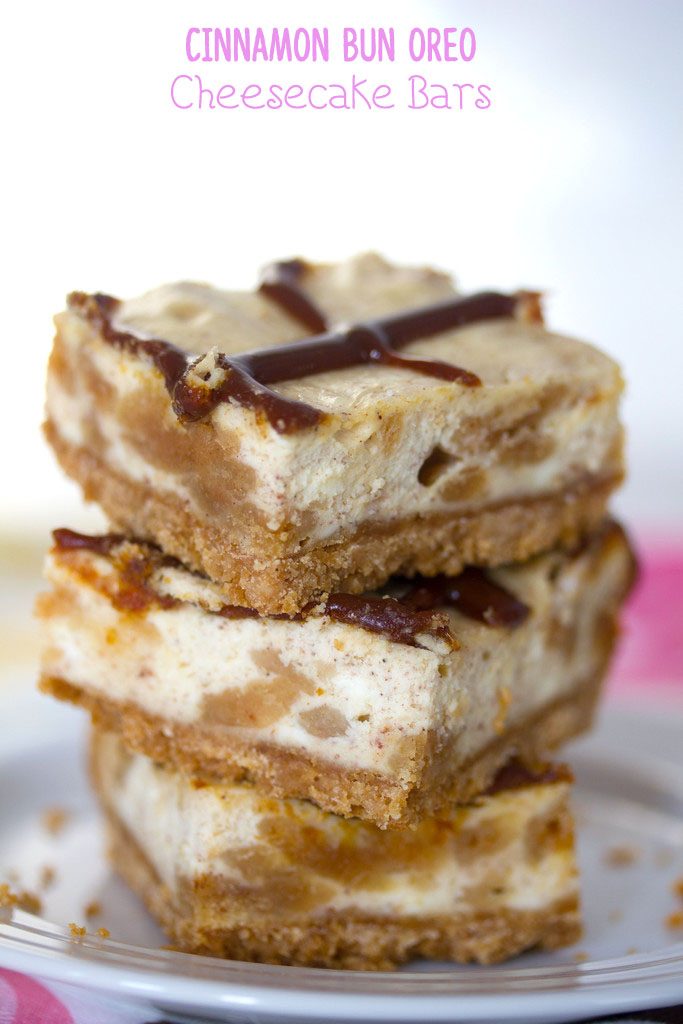 You need to make these cheesecake bars right now. Like, put down whatever you're doing and start making them. They need to bake for 40 minutes, rest for an hour, and chill for another hour, so if you don't get started now, you're going to regret it....... Soooo, are you making them yet? Is my peer pressure breaking you?!

Once upon a time, long long ago, I worked in a popular mall clothing store (ahem, American Eagle). It was my first "real" job, aside from things like babysitting and it most definitely taught me a lot. Like the fact that I am a really, really bad salesperson. I'd happily find customers anything they desired and could put together an outfit like a pro if needed (I was also really good at spending my whole paycheck on clothing), but if the customer didn't want help, I had a really hard time being pushy. One time, a guy went into the fitting room and my boss handed me a pair of jeans and told me to knock on the door and tell him they would look good on him. I wanted to crawl under the denim table and never come out. But what I actually did is walk over to the fitting rooms, stand there for a minute and then come back and tell my boss he wasn't interested. I just could not bring myself to knock on the door.

However, I have no qualms about pushing these Cinnamon Bun Oreo Cheesecake Bars on you. Maybe it's because unlike those American Eagle jeans, I truly believe in these. And think they will look really amazingly good on you. Well, maybe that's a lie... If you eat too many, they make not look great on you. But the pure joy you feel as you're indulging will radiate off of you, which is totally worth it.

Have you tried these new cookies yet? Cinnamon Bun Oreos. I'm addicted. In a bad way. 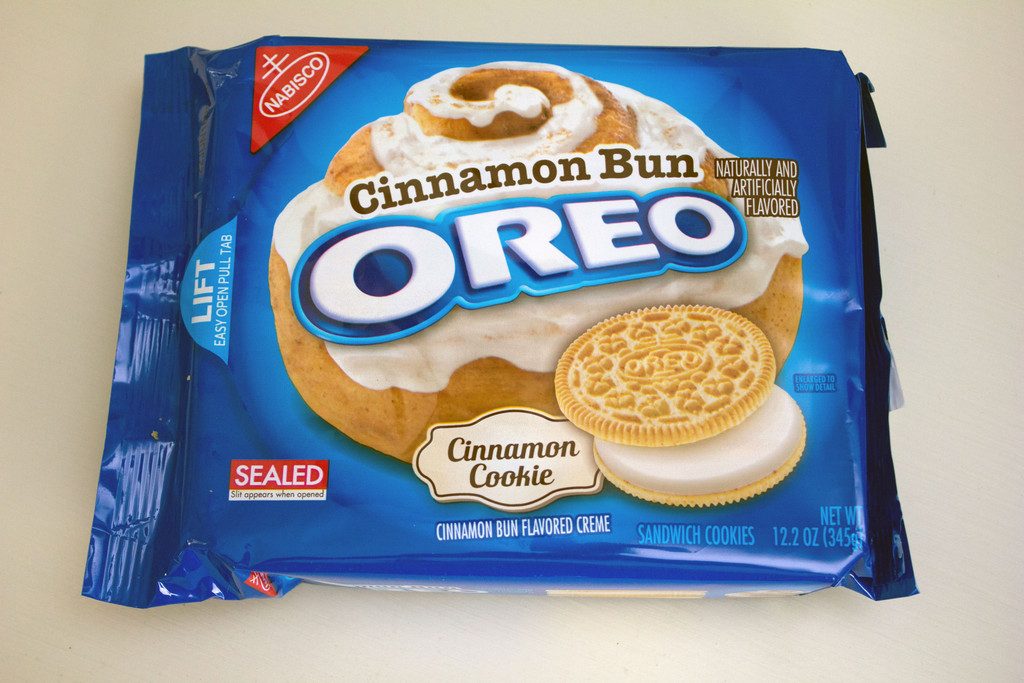 Don't get me wrong, I'm a total chocolate lover, but there's just something about a sugary vanilla cookie with a touch of cinnamon. Sugar, sugar, sugar! Have I mentioned I'm not doing so well with consuming less sugar so far in 2016? Oh well? 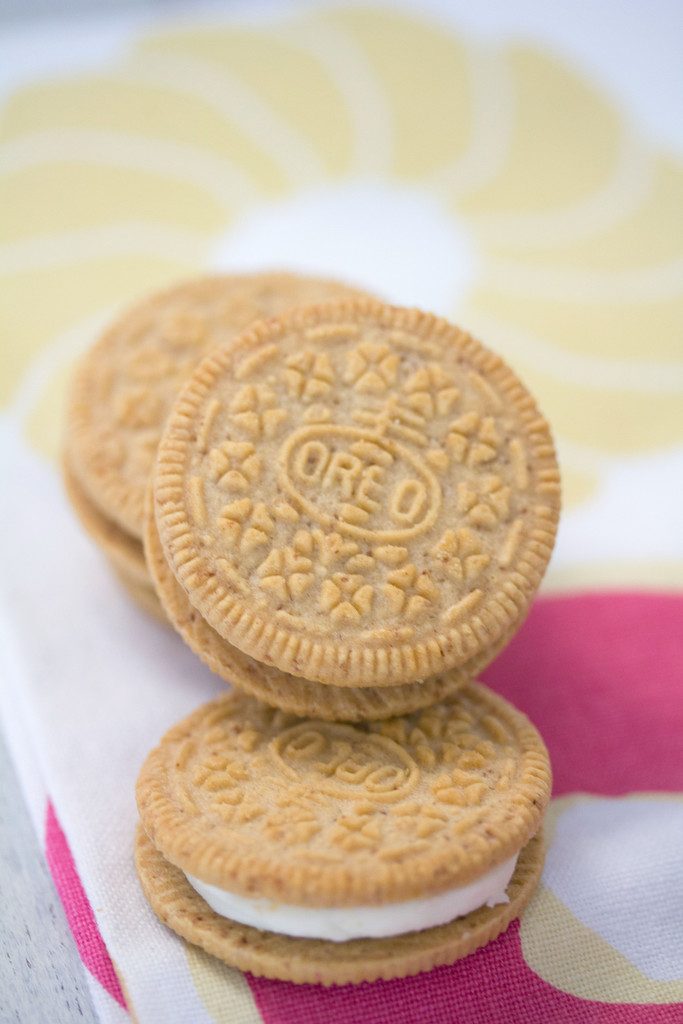 I went through many, many years of life not being very impressed by cheesecake. It was totally meh in my opinion. But for some reason, I've recently fallen in love with it. I would still never choose a plain cheesecake for dessert, but one fully loaded with chocolate, candy, or cookies? Give it to me now. I recently made Shugary Sweets' Salted Caramel Chocolate Cheesecake Cake and dipped quite a bit deeper into love. After I tried the new Cinnamon Bun Oreo Cookies, I knew Cinnamon Bun Oreo Cheesecake Bars had to happen! 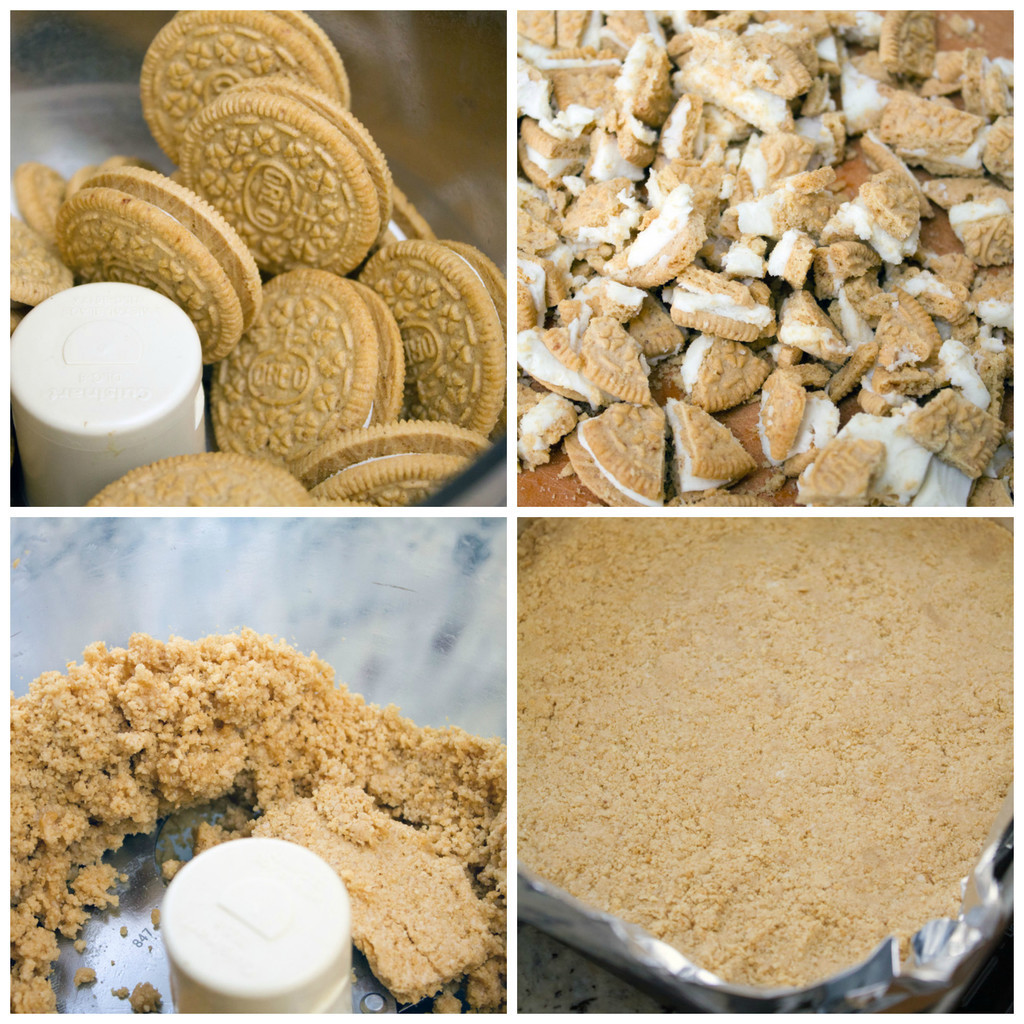 And a cream cheese filling... With lots more cookie mixed in. Yes, I bought two packages of these Oreos at the grocery store. And yes, I wish I bought three because after making these cheesecake bars, I don't have enough left to just stuff my face with. 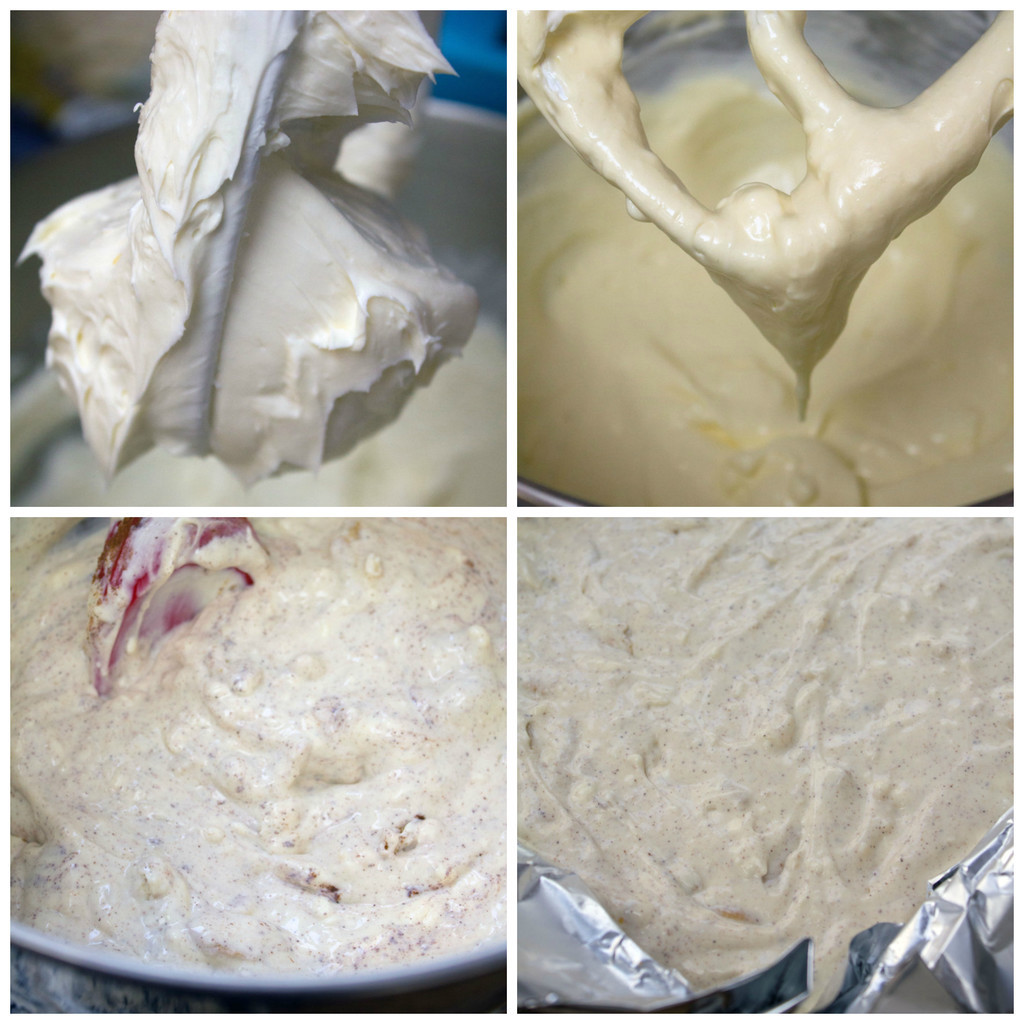 I also whipped up a super quick cinnamon caramel sauce to drizzle over the top. Once you realize how easy caramel is to make, you will never want to buy it from the store again. I promise I'm not just saying that- it really is easy! 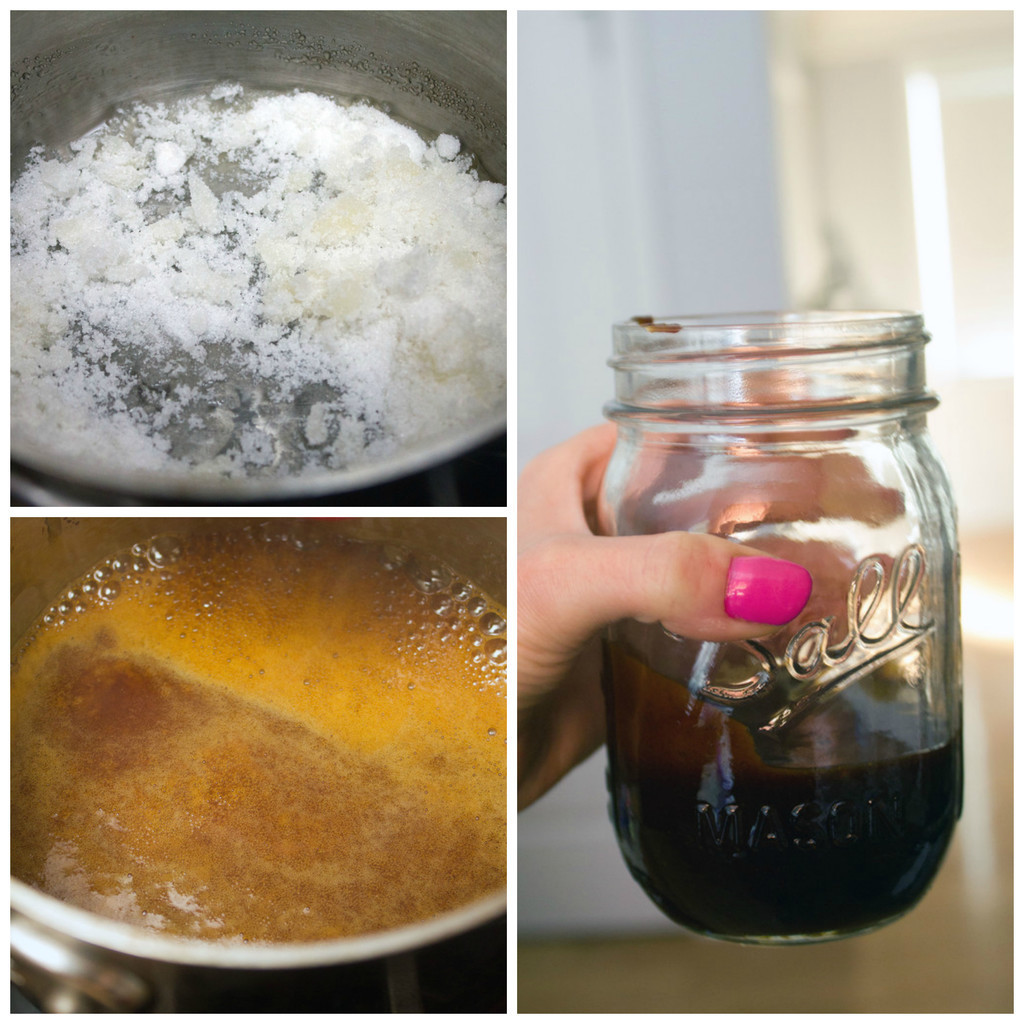 The Cinnamon Bun Oreo Cheesecake Bars bake for just 40 minutes. Then they have to rest for an hour. And then chill for at least an hour. But then the caramel gets drizzled on top and the indulging can begin! 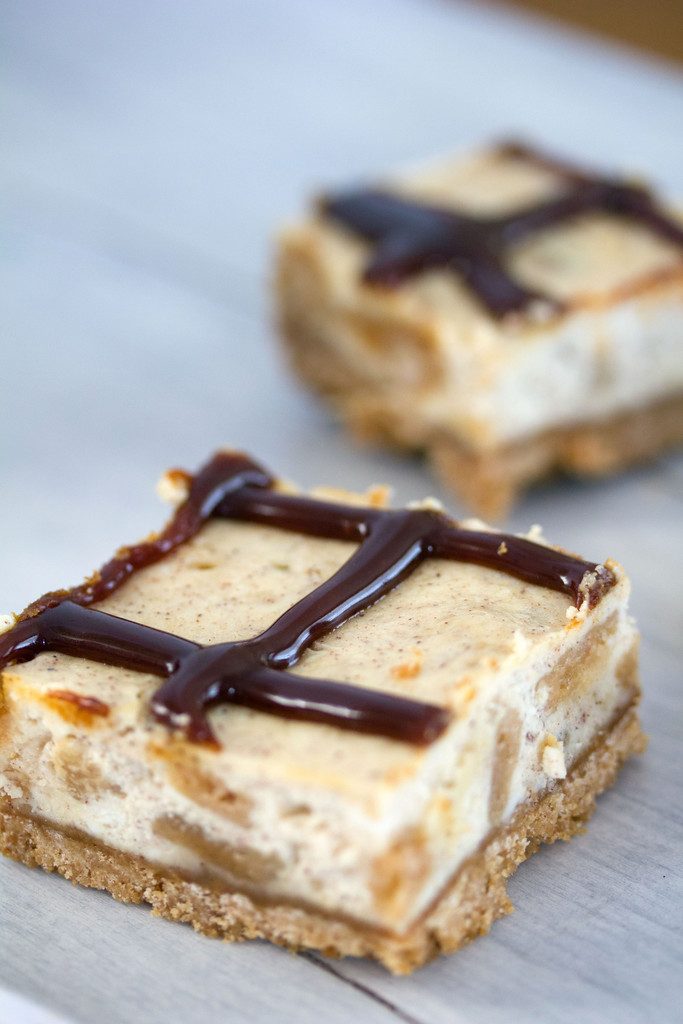 OMG there are so many cookies baked into these bars, you'll get a little in every bite. 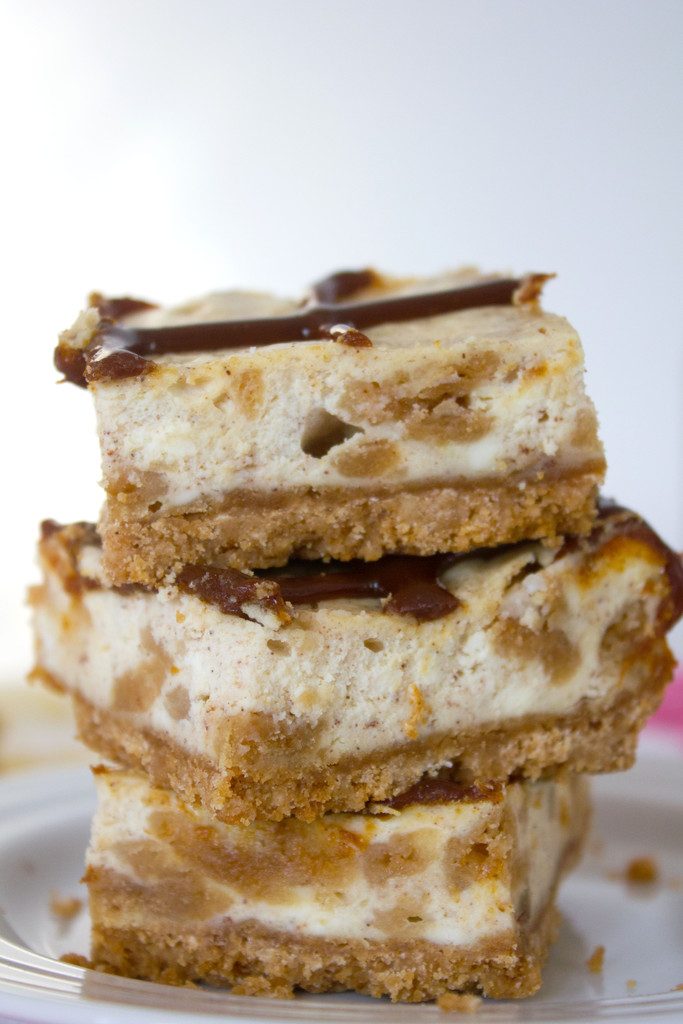 This is my ideal kind of cheesecake because there is plenty of action going on. There's the cookie packed crust, the cookie-packed cinnamon-flavored cheesecake filling, and caramel drizzle. 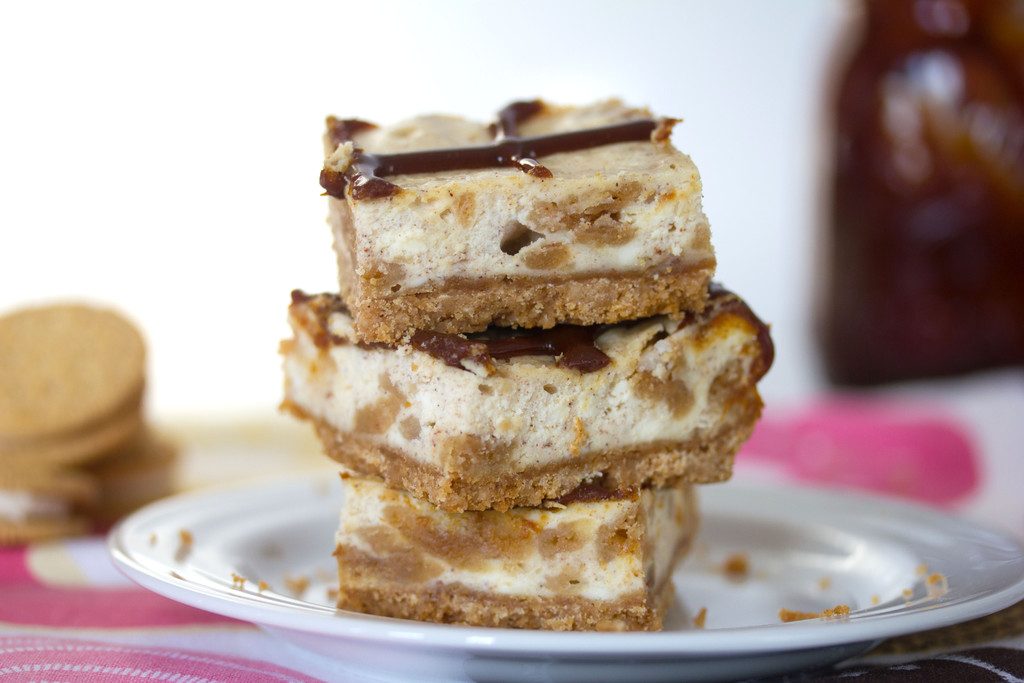 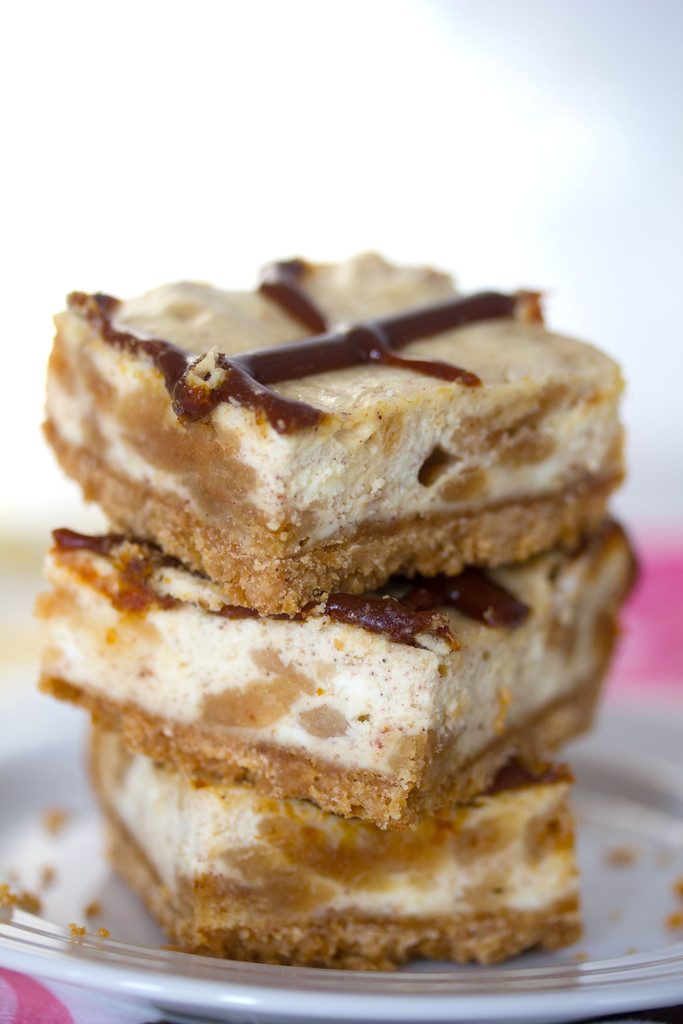 Somebody needs to stop me because this is going to get very, very dangerous. 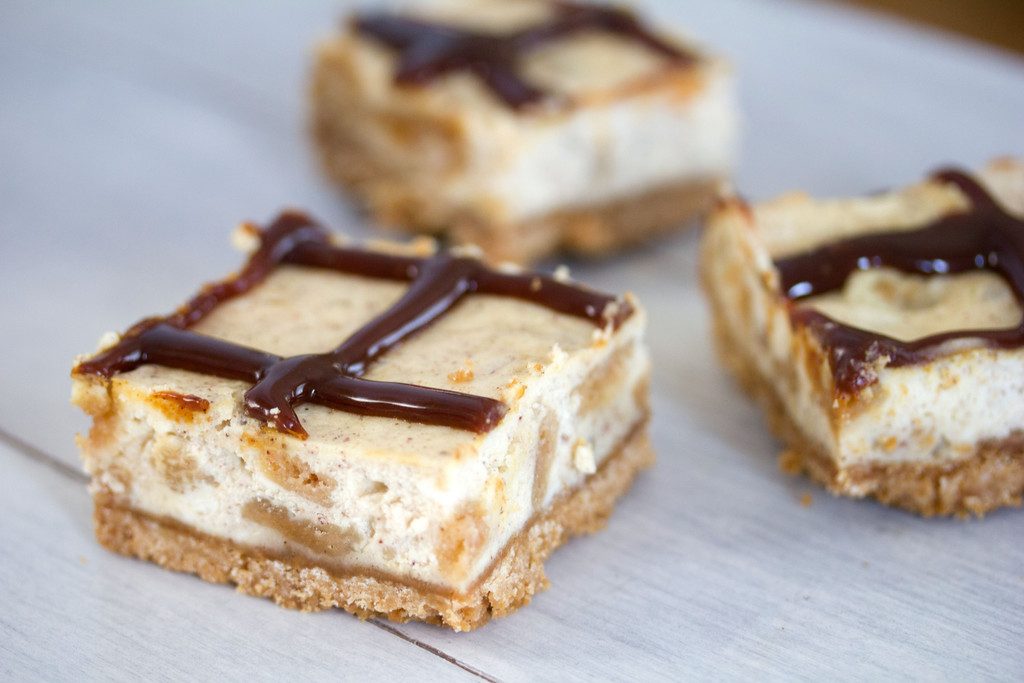 But anyway, will you please make these now? I'll knock on your door and pester you until you do! Or... until you never come back to this blog again because I'm so freaking annoying. 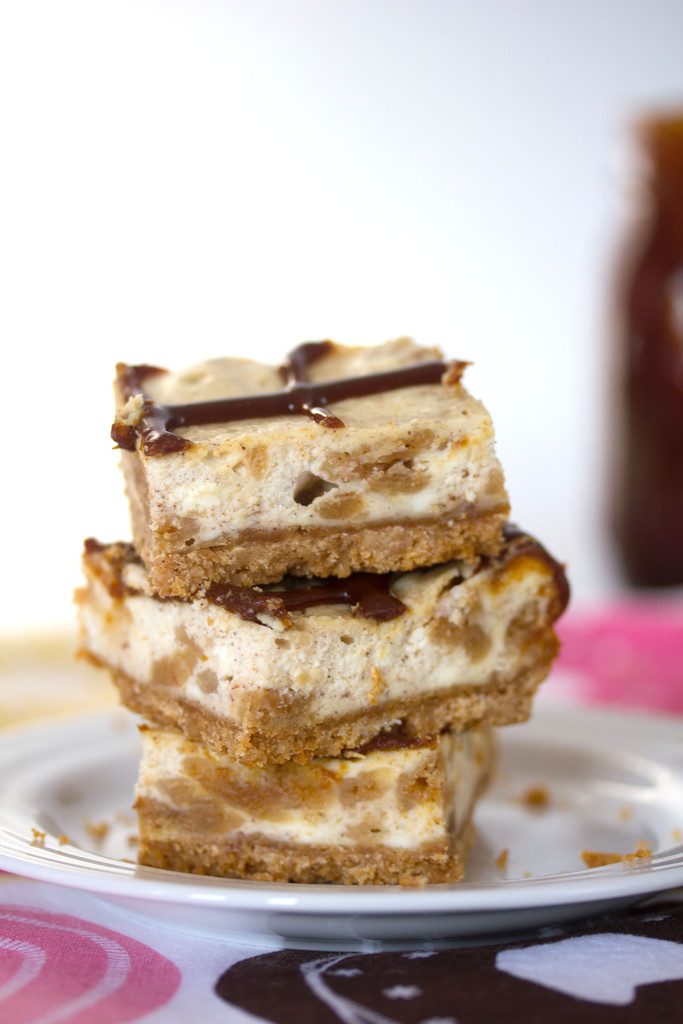 Clearly, my place in life is not selling clothing at American Eagle, but pushing food on anyone I can attract to this little blog. It's good to have life goals.

Are you a cheesecake person? And more importantly, have you tried the Cinnamon Bun Oreos yet?? 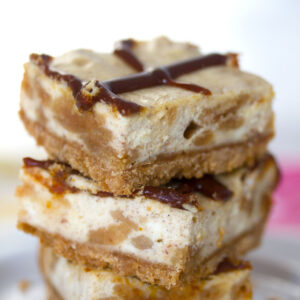