This Habanero Ginger Apple Cider Cocktail is a simple, but delicious fall cocktail consisting of apple cider, rum, and a wonderfully spicy habanero ginger simple syrup. Despite being served chilled, it's a cocktail that will warm you up!

(This recipe for Habanero Ginger Apple Cider Cocktails was originally posted in October 2012, but was updated with new photos in 2018). 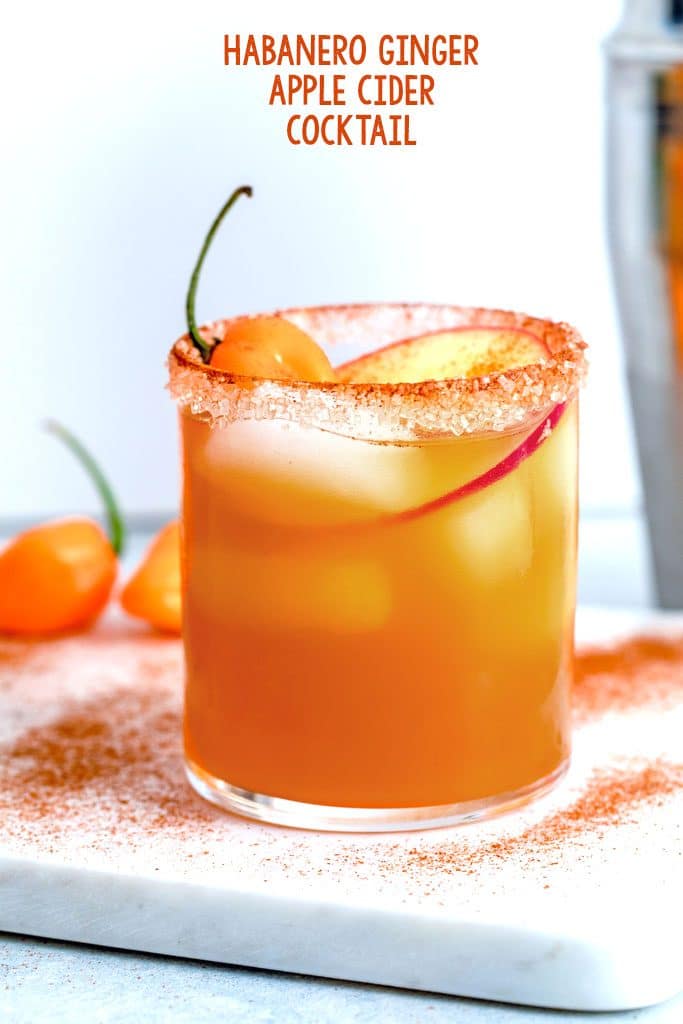 Friday is, without a doubt, my favorite night of the week. It's the night where I don't feel any guilt about sitting on the couch and doing nothing. Or sipping a cocktail or two. Or actually falling asleep on the couch because I'm sooo tired, but Dateline is sooo good and I don't want to turn it off. It happens all the time. It's not fun to wake up on the couch in a heap at 2 a.m. with your teeth unbrushed and your neck at an unhuman-like angle (which hurts because you're now old), except for the fact that you can stumble into bed (after brushing your teeth and washing your face, of course) without an alarm set for the morning. When I was 20, I probably would have died on the spot if I knew my life would be like this in 10 years. But man, there really is nowhere I'd rather be than on this couch right now.

Tonight I watched ABC's What Would You Do and actually shed a tear or two because I've been crying at the weirdest things lately. I actually got emotional over the new Facebook commercial last week. When they say maybe Facebook is here to remind us we're not alone, I got all emotional. And then I realized, no, Facebook is here to remind us that our "friends" either have a) very "busy" days packed with going to the grocery store, doctor appointments, working, errandszzzzzzz, etc., b) lots of babies, and/or c) very strong political opinions. Plus, I do believe there have been studies showing that Facebook actually makes people feel lonelier. So, stop crying.

And in regard to What Would You Do, I shouldn't cry because somebody stands up for somebody else in a grocery store. But I guess that speaks to the sorry state of our world that I cry over things like that. Or maybe it's the sorry state of me. Hmmm. (P.S. But it's totally OK to absolutely bawl during Parenthood. That's justified).

Let's stop crying and have a cocktail. Of course, too many cocktails have been known to make people cry even more. So, be careful.

If this apple cider cocktail recipe makes you cry, it's probably because of the spiciness of the habanero peppers! Seriously though, this cocktail has a really nice kick to it, thanks to a simple syrup made with habanero peppers and ginger. If you're not a huge spice fan, you can use less pepper and make sure to scrape out all the seeds before adding it to the sugar and water. Also remove the habanero immediately after your syrup is complete. Or you can simply add less habanero simple syrup to the drink... Taste it as you go and do what feels right. I love a good spicy kick!

I've been simple syrup obsessed lately and don't plan on stopping any time soon, so I hope you're OK with that. It's super easy to make and I have  no fewer than 2 jars of it (all different flavors!) in my fridge at all times. All you do is bring sugar and water to a boil, along with whatever other ingredients you want (in this case, chopped habanero and sliced ginger). Let it simmer for about 10 minutes and cool before enjoying. 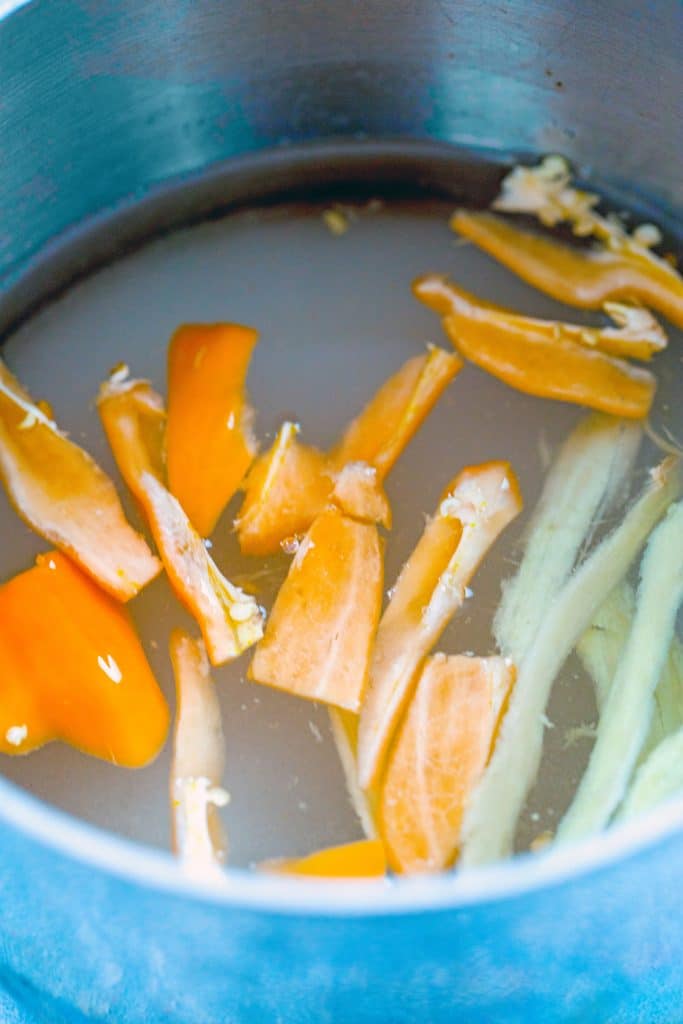 Garnish with an apple slice if you'd like. I added a habanero pepper in, too, but if you do this, be sure to warn your guests that this is not an edible garnish. Unless you really like living on the edge. 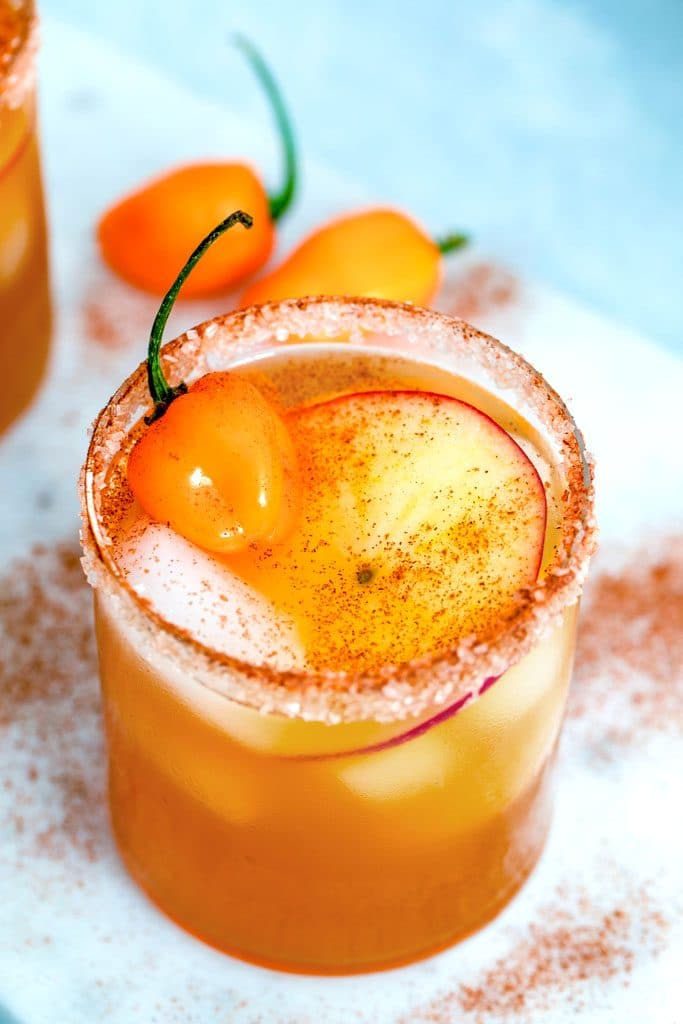 I was super happy with the ratio of cider to rum to simple syrup in this drink and felt like the ingredients combined absolutely perfectly. Autumn in a glass. With some spice to boot.

This would be delightful served with my pumpkin crust pizza. Or simply sitting on the couch vegging out and letting all the emotions of the week out.

Oh my gosh, speaking of, I totally just got emotional about the Honda Accord commercial where they claim they know me. They know I "have to rise early and work late... with not enough sleep in between" YES. They seriously know just where to hit me. 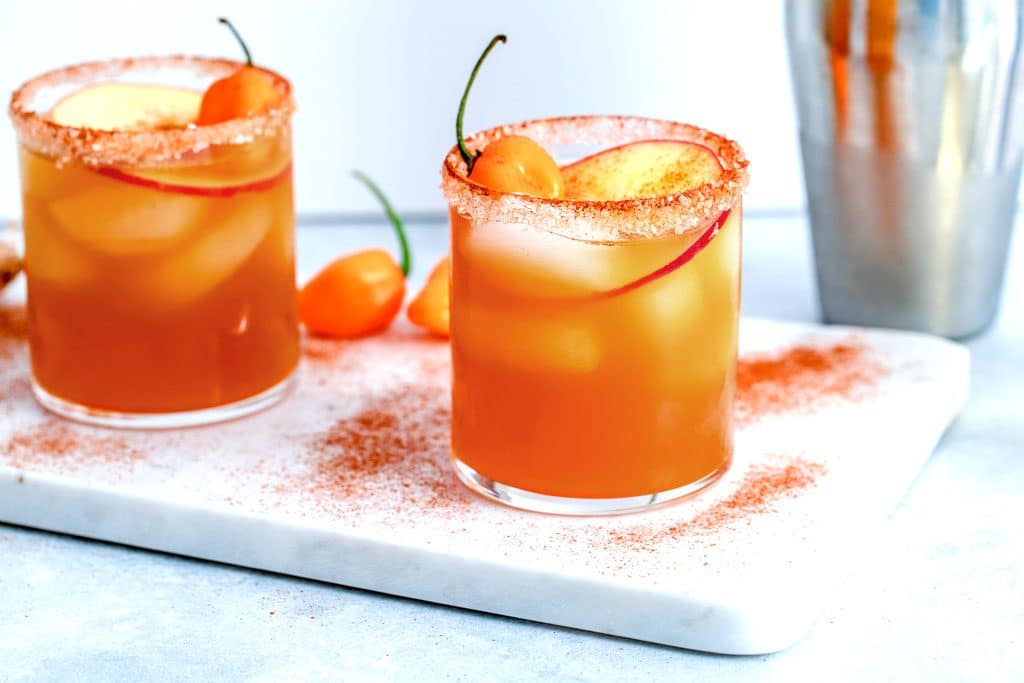 With the habaneros in this spicy apple cider cocktail, I'm just going to pretend I got a little in my eye. And that's where my tears are coming from.

Ahem. Back to the situation at hand. This cocktail. It is certainly a spicy one, but use my tips above if you want to make it a little less so. The ginger adds a different sort of bite, which balances out the spice a bit. BUT I do really think this cocktail would still be delicious with just a ginger simple syrup if you prefer no spice at all. In any event, I'm really happy apple cider is back in my life. This was my first time sipping it this season and it certainly won't be the last. The only good thing about the fact that we're supposed to have a frost tonight (eek!) is that I can make hot apple cider with mulled spices. I'll take a frost for that.

But I love cider chilled, too. Especially when it's part of an apple cider cocktail! I 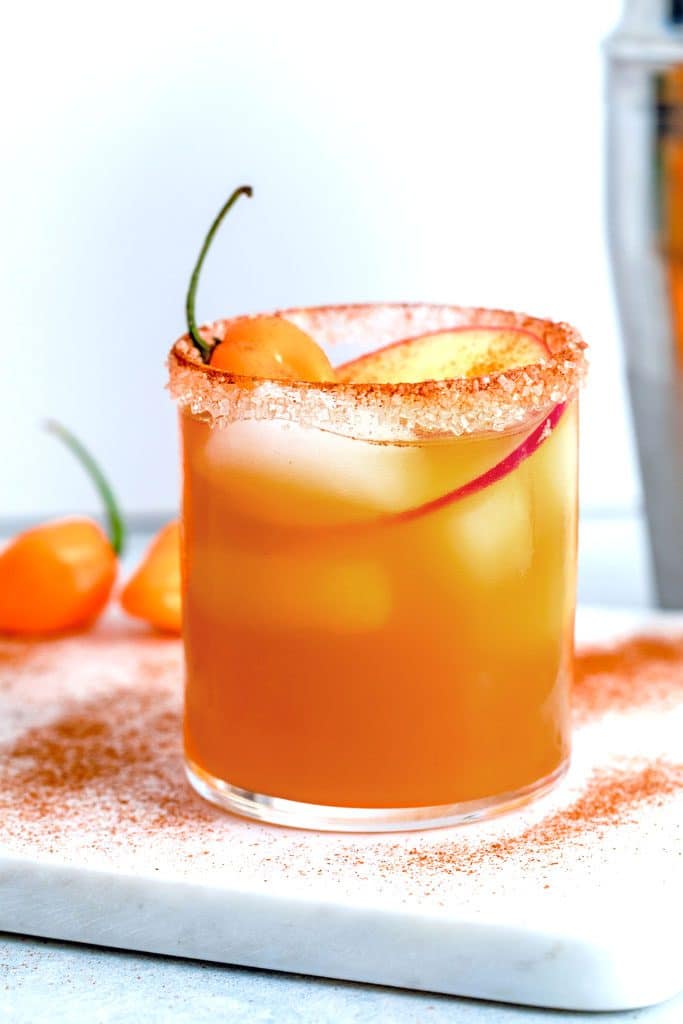 Now, let's just hope Dateline doesn't make me cry tonight. Keith Morrison wouldn't do that to me, would he??

Do you ever cry over silly things?

If you're looking for more delicious fall/winter cocktails, check out my Holiday Spiced Honeycrisp Apple Cocktail or my Pumpkin Pie Martini. 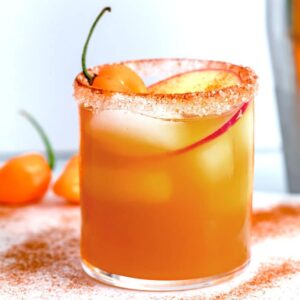