This pumpkin pie martini is basically pumpkin pie in a cocktail glass. Made with pumpkin puree, vanilla vodka, and a pumpkin caramel syrup, it's a pumpkin cocktail that will have you in the fall spirit in no time at all!

Listen up, all you pumpkin haters. It's time for you to simmer down. See, pumpkin spice sentiment has come a long way since I launched this blog back in 2008.

Back then, pumpkin was just starting to become super trendy. And then for quite a few years it was all the rage to the point where it became a bit, dare I say, basic? Yup, I think many would say pumpkin spice loving became basic.

But guess what? The times have changed. Now, I can barely get through a day where I don't see some sort of pumpkin hatred and vitriol out there. It's to the point that pumpkin hatred has now become trendy and yes, basic. It's almost like people enjoy bragging about how they don't like pumpkin and want some sort of medal for it.

Please just let us pumpkin lovers live in peace with something simple that makes us happy for a short period of time each year. I'd rather be a lover than a hater any day.

I'm happy to say I made a few improvements to the recipe from the first time I made it back in 2010. Now, this pumpkin martini is back and better than ever. And the photos don't look like they were taken with a camera phone in the middle of the night (at least I hope they don't. Please don't tell me if you think they do).

❤️ Why You'll Love This Recipe

Like an espresso martini, the pumpkin pie martini is more of a dessert, or at least after dinner, martini. Though I did have to recipe test these quite a few times and certainly wasn't opposed to enjoying them in the afternoon (all a part of the life of a blogger!).

These seasonal martinis are incredibly easy to make, though I do recommend making the pumpkin pie caramel syrup in advance so it can cool.

You can also feel free to buy a store-bought caramel syrup or even caramel sauce and add pumpkin pie spice in (or make your own) and use that instead! It will likely be thicker than the syrup, but when shaken up with the other ingredients, it should blend in (just make sure it's fully cooled to room temperature or it will harden when it hits the ice).

This cocktail is perfect for serving at a fall gathering or after your Thanksgiving dinner!

Here's what you need to make these pumpkin martinis (please see recipe card at bottom of post for ingredient amounts and full recipe instructions):

And here's what you need for the homemade pumpkin caramel syrup recipe:

👩‍🍳 How to Make Caramel Syrup

I highly recommend you make this caramel syrup since I think it makes for a much yummier martini than using store-bought caramel syrup. Making caramel can be a little bit finicky, but if you mess this syrup up, it's pretty fixable.

To make the caramel syrup, you simply need to caramelize granulated sugar and then add warm water and pumpkin pie spice to it. Place sugar in medium saucepan set over medium heat.

Without stirring, let sugar melt until it's completely liquid and a light amber color.

Remove pan from heat and pour in the warm water. The mixture will sizzle and bubble... If the sugar starts to harden (I've heard this feedback from some and had it happen to me once, as well), return saucepan to heat and simmer until mixture is liquid again.

Pour syrup in jar or heat-proof bowl, mix in pumpkin pie spice, and let cool completely before using in cocktail.

You'll definitely have enough syrup for quite a few cocktails and you may also be tempted to eat it with a spoon because it is ridiculous good.

But please, make sure you save some for the martinis!

🍸 How to Make a Pumpkin Pie Martini

Once you have your caramel syrup or store-bought caramel ready, making this martini is super easy!

Just put the caramel syrup in a cocktail shaker along with the pumpkin puree, vanilla vodka, and some ice.

Obviously, you're gonna want a sugar/pumpkin pie spice rim on those martini glasses, too. Simply put cinnamon sugar on a small plate, moisten rim of glass (either with water or caramel syrup) and roll in mixture to coat.

Now, strain the cocktail mixture into your martini glass and sprinkle some more pumpkin pie spice on top.

It's such an easy recipe and awesome for serving all fall season long!

I'm not even kidding when I say this martini tastes exactly like a piece of pumpkin pie. The pumpkin puree gives it a little thickness, but it's not too thick by any means. Next time I'm totally going to make little pie crust garnishes because yum.

This cocktail is packed with the flavors of autumn and is the kind of fall cocktail that will totally hit the spot once the temperature drops.

Of course, this pumpkin pie martini is the kind of drink you likely only want to have one of. OK, maybe two. But it is pretty sweet. Just like pumpkin pie 🙂

If you don't have all the ingredients called for or you want to give this pumpkin spice martini your own spin, there are lots of alterations you can make. Here are some ideas:

If you're not ashamed of your pumpkin obsession either, you'll want to enjoy it all season long any way you can. Here are some of my very favorite pumpkin recipes!

I don't even want to admit how many times I'll probably make this from now until Thanksgiving. That is, when I'm not enjoying pumpkin beer. Can we talk about how many pumpkin beers are on the market now?? It's absolutely insane. But I'm not complaining.

If you're not a pumpkin fan, stay far far away from this cocktail. But just maybe you can work to unite the world in some small way and make this for a friend who does like pumpkin. You can tell them, "even though I don't like pumpkin, I know you do and I want you to be happy."

And then you can gleefully accept your pumpkin haters medal with pride. 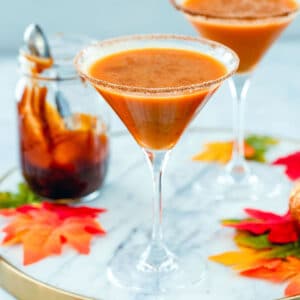 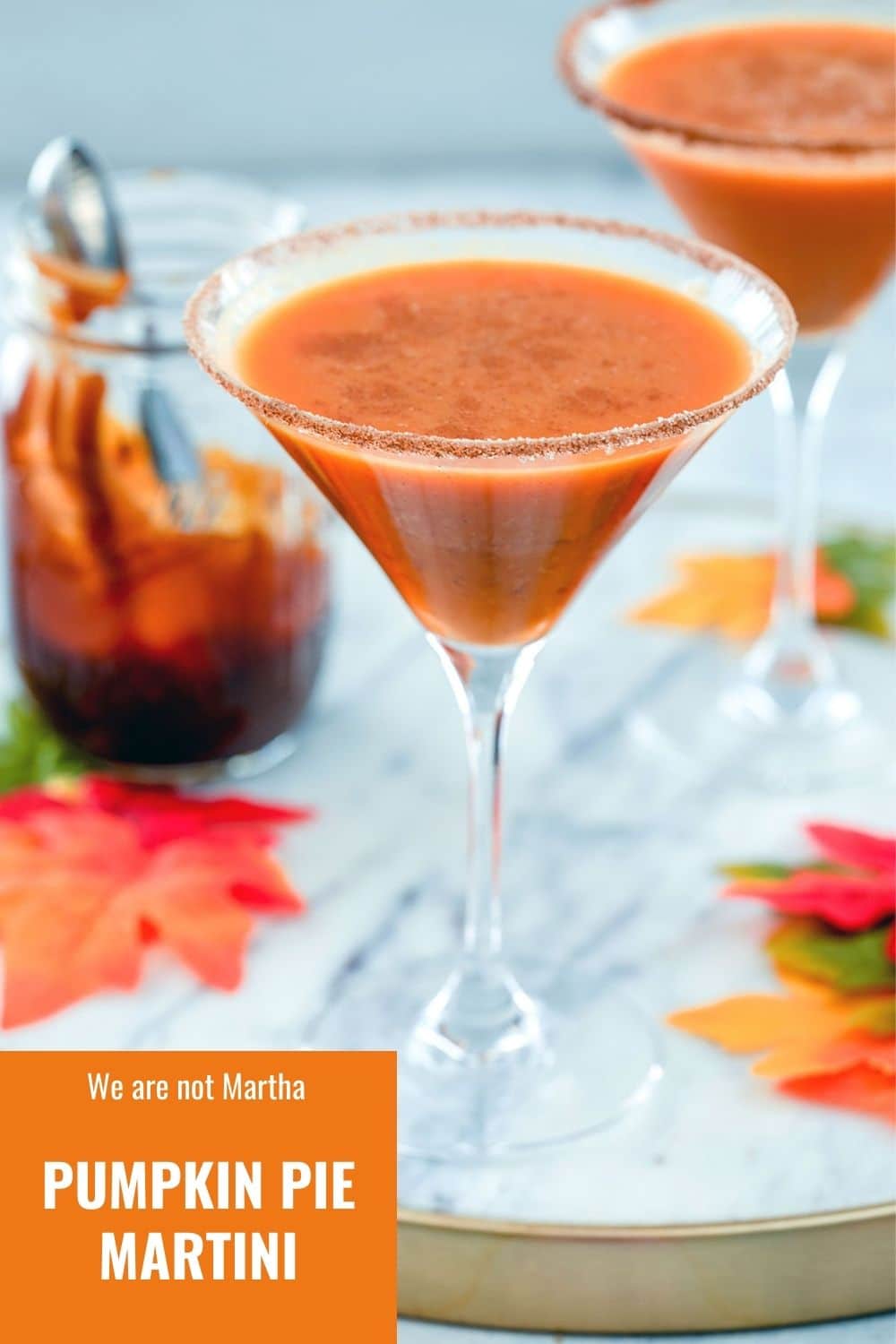