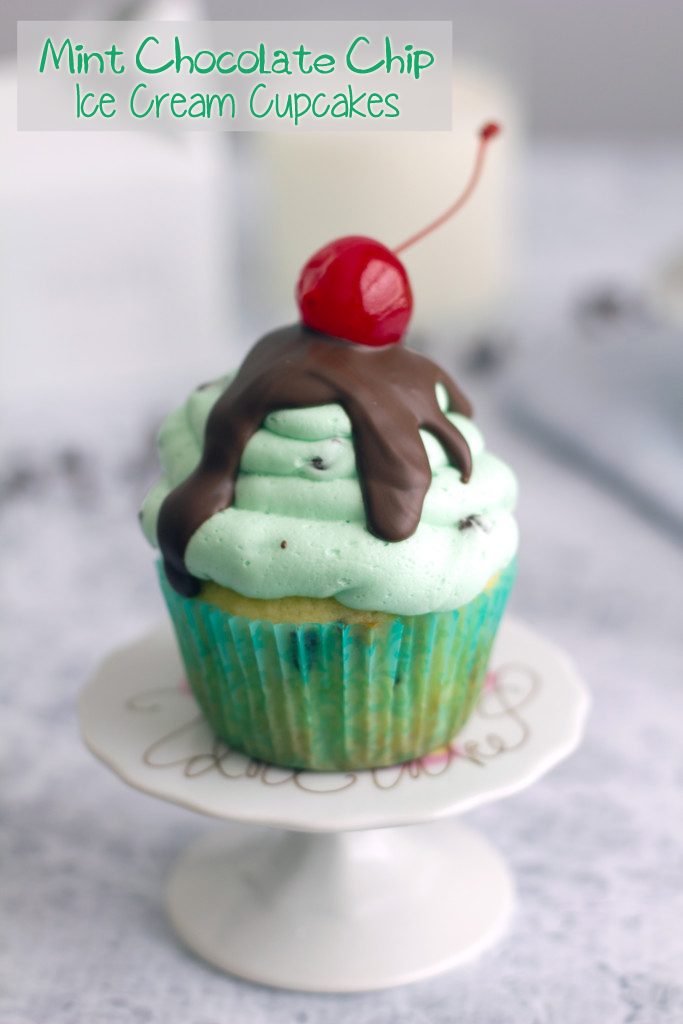 Happy Monday! I guess. Maybe you’re still on a high from the glorious weekend you just had and that will help power you through the work week. Or maybe you just need a dozen cupcakes to get you through. And a pint or two of ice cream. And probably with that, like a million hours of exercise, right?? Sorry, I’m just over here being a regular negative Nancy over here.

But I do have to tell you that I have become a true cliche and have been getting more exercise lately… All because of my Fitbit. Well, really more because of my husband’s Fitbit considering he basically gets a million steps in every day (at least that's my rough estimate!) and it’s all I can do to get a fraction of his daily count. It’s been great, though, because it forces me to get moving during my work day and I’ve been trying to break up my afternoons with a walk around the North End or Faneuil Hall and Government Center. Which is both needed for my body and my head. But do you want to hear something really, really sad? I generally try to get in 3,000 steps before I sit down at my desk on workdays. I did so on Friday, but then I had a ridiculously busy workday. I had to skip my afternoon walk, but since I was running back and forth to meetings throughout the day, I figured I’d be semi-OK. Well, when I went to leave at the end of the day, I had 3,886 steps. That means in my entire 10.5 hours at work, I took a total of 886 steps. Which is really ridiculously disturbing. Am I right?

And now I feel like I need to eat another cupcake. But that I seriously do not deserve it after Friday's performance.

The batter is easy to whip up and involves a little bit of mint extract and some mini chocolate chips. 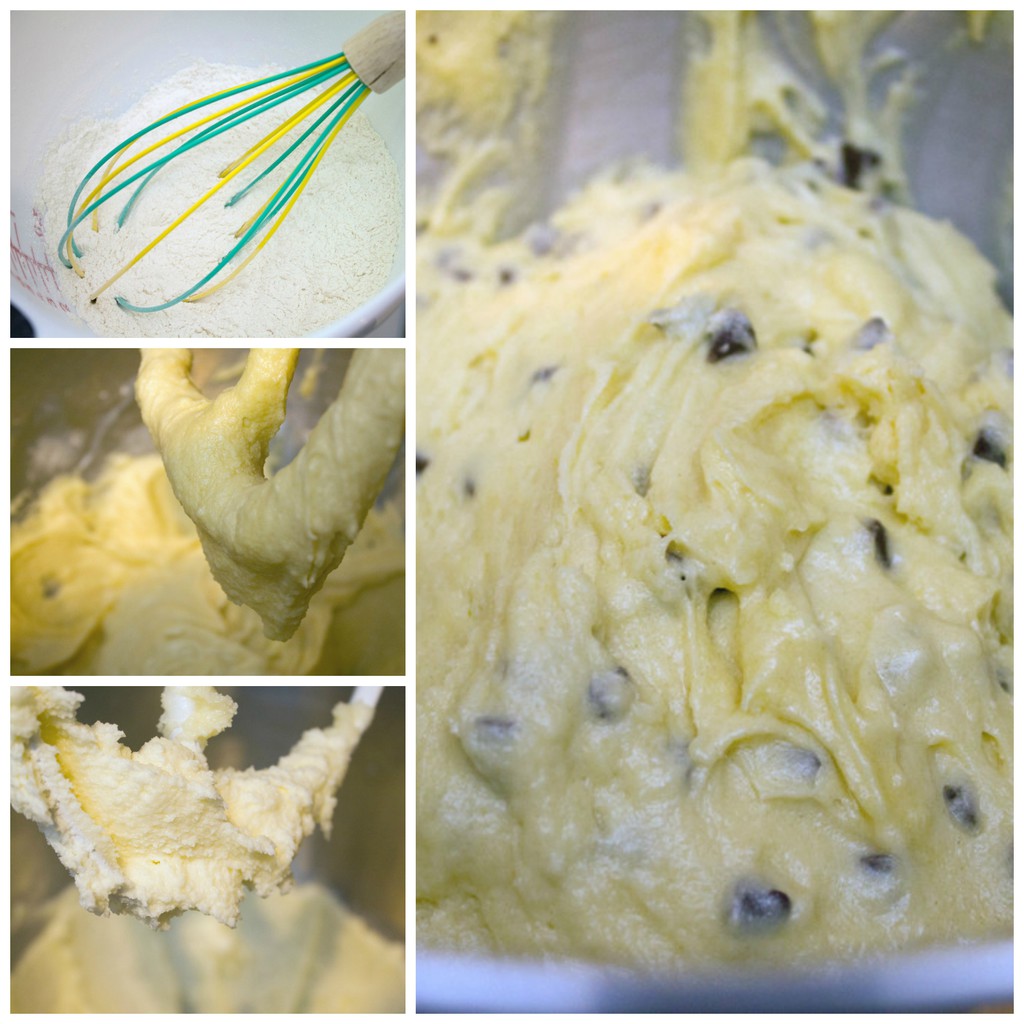 I could eat a million of these without any frosting at all. That makes them muffins, right? And perfectly acceptable for breakfast. 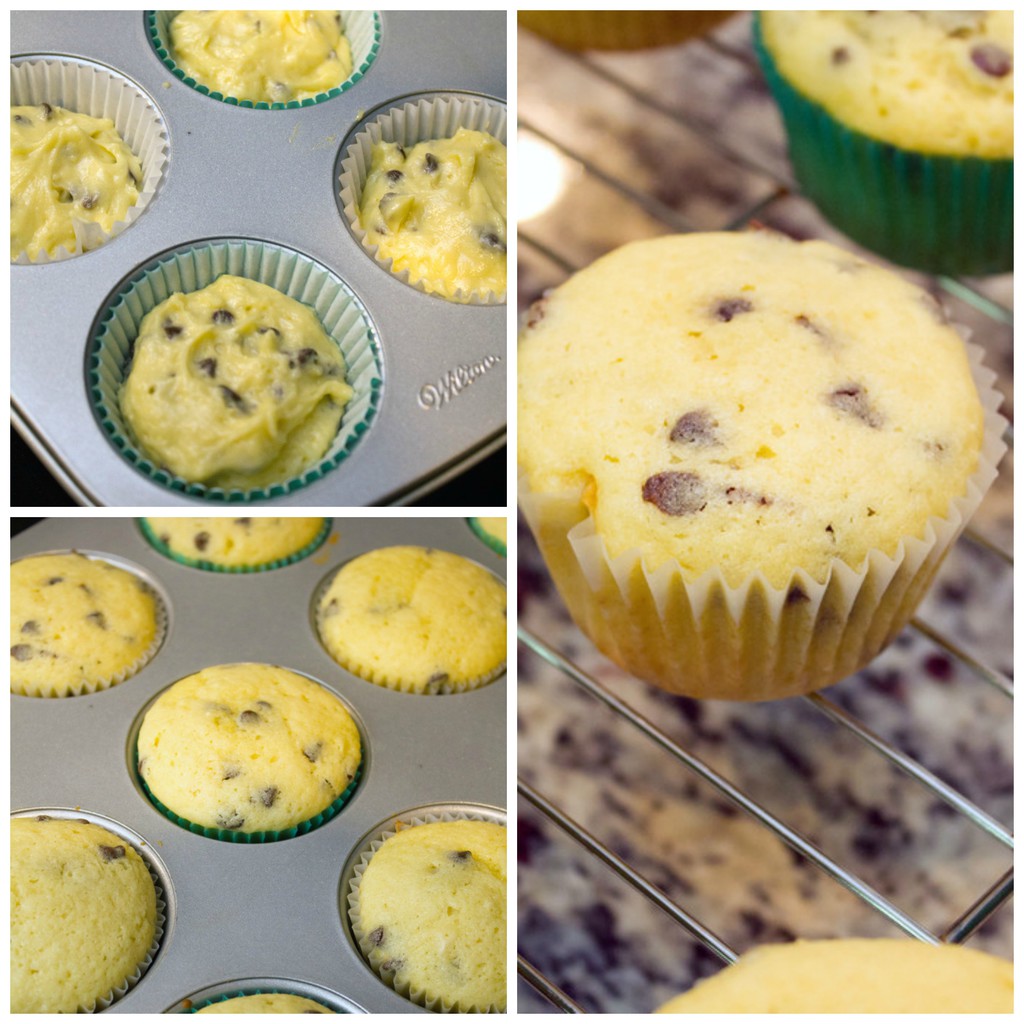 For the frosting, I used Wilton’s Color Right Performance Color System. I was a little nervous because there was no color on the color map that matched exactly what I wanted, but I figured I’d just get as close as I could and then adjust. I only added two drops of color and had the perfect shade of green! This is one drop of yellow and one drop of blue. 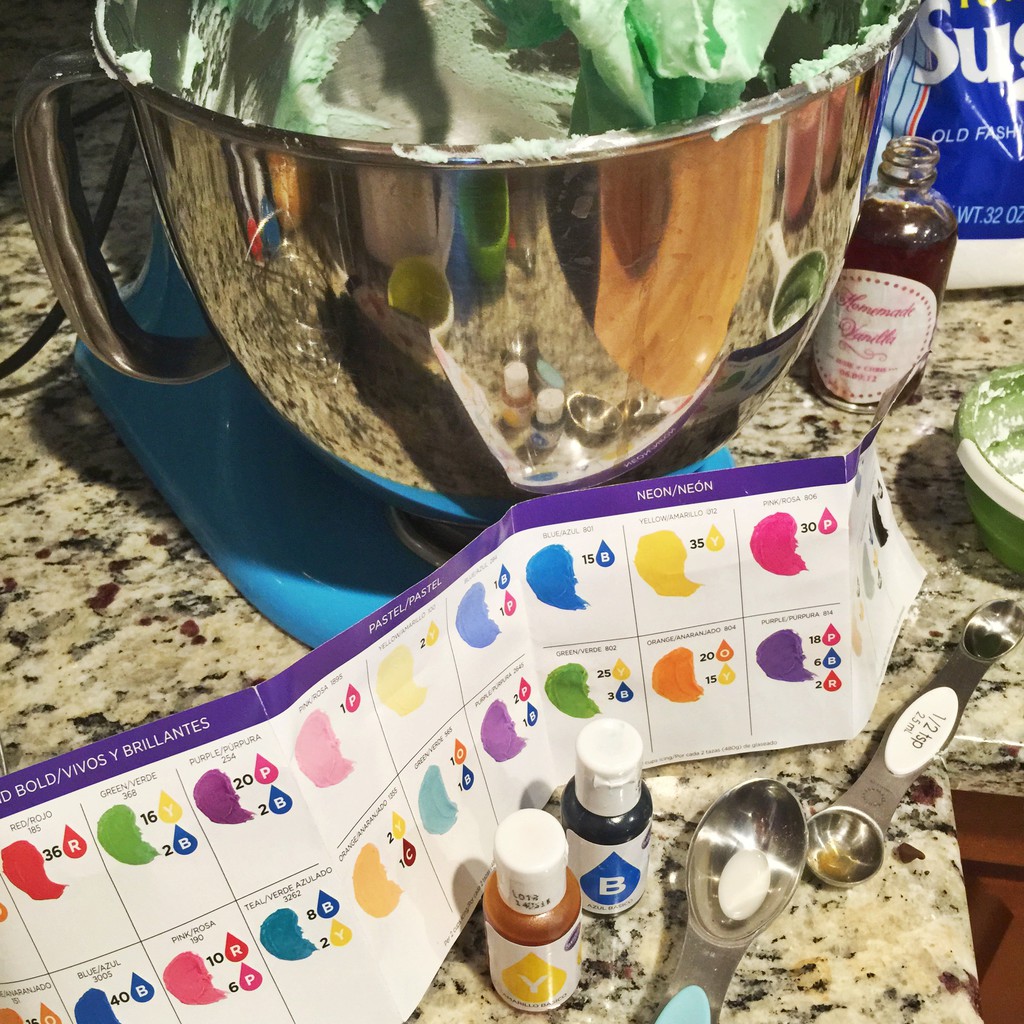 I mixed some more mint extract and mini chocolate chips into the buttercream frosting, too. I also melted some candy melts for the chocolate syrup that should be atop any ice cream sundae. 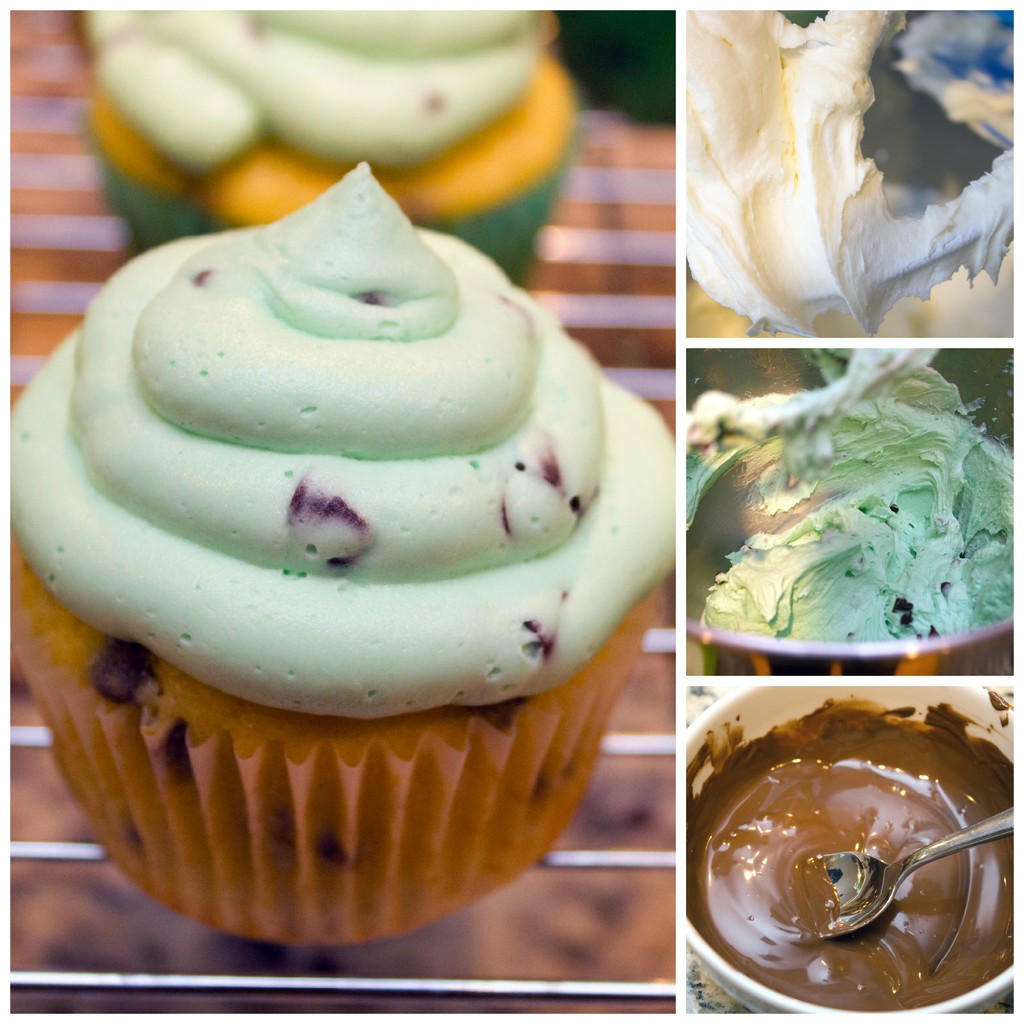 I used a Wilton #1A icing tip to get the soft serve-like swirls. And then drizzled chocolate on top of the frosting and topped it with a cherry! 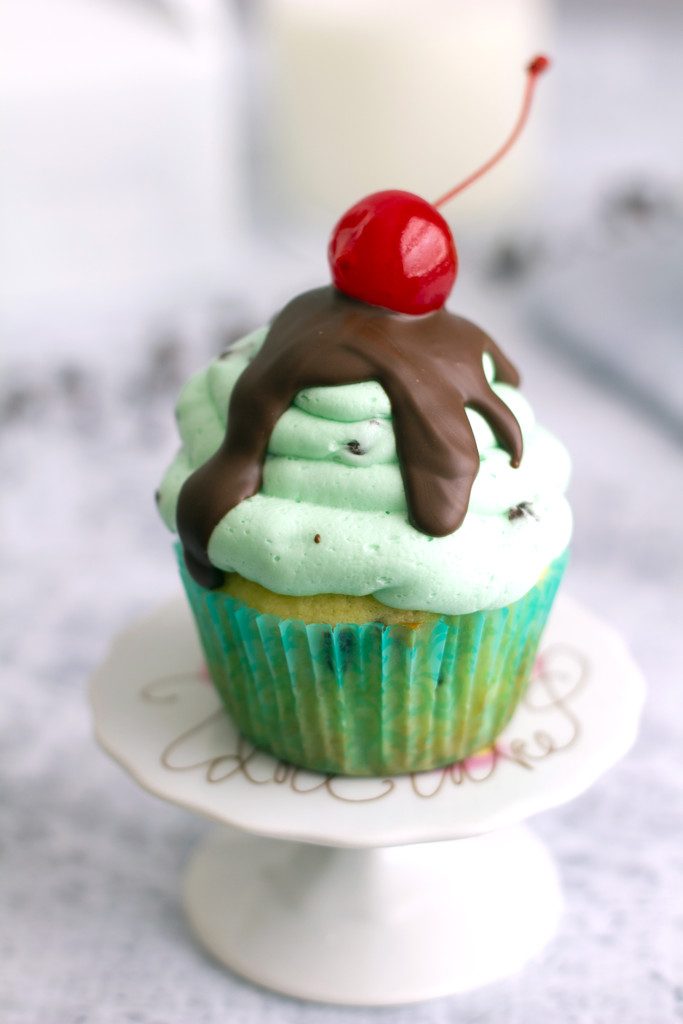 I toyed with the idea of adding sprinkles on top, but decided less was probably more here. I have a slight tendency to overdo things a bit and it took a lot of self-control not to go wild. 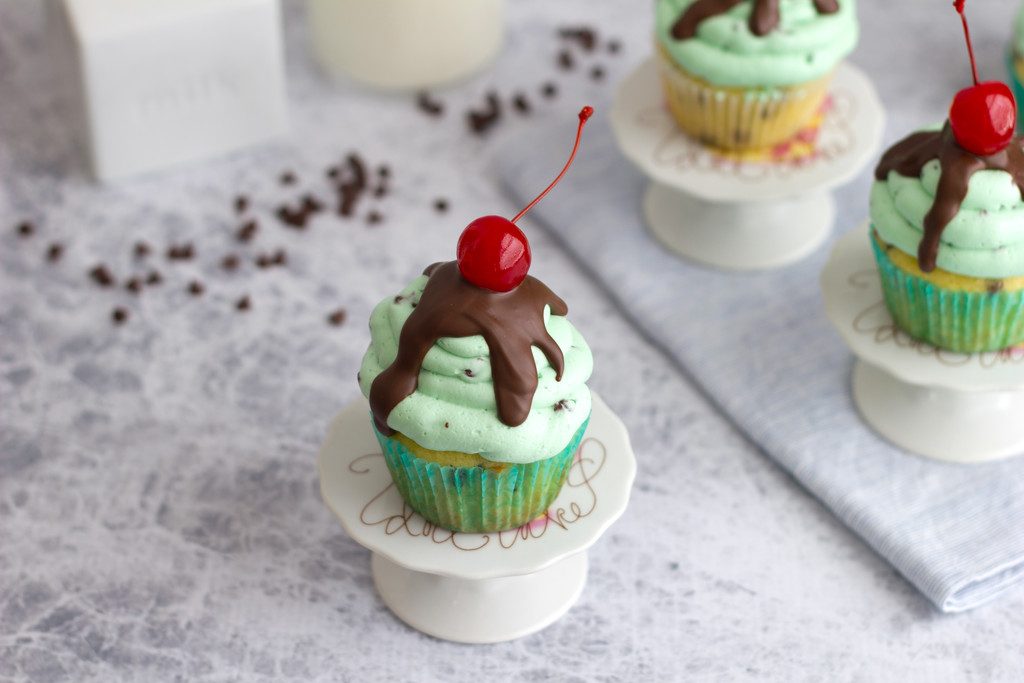 But simple was definitely the way to go here as these had absolutely everything you could need. Including a WHOLE LOT of frosting. 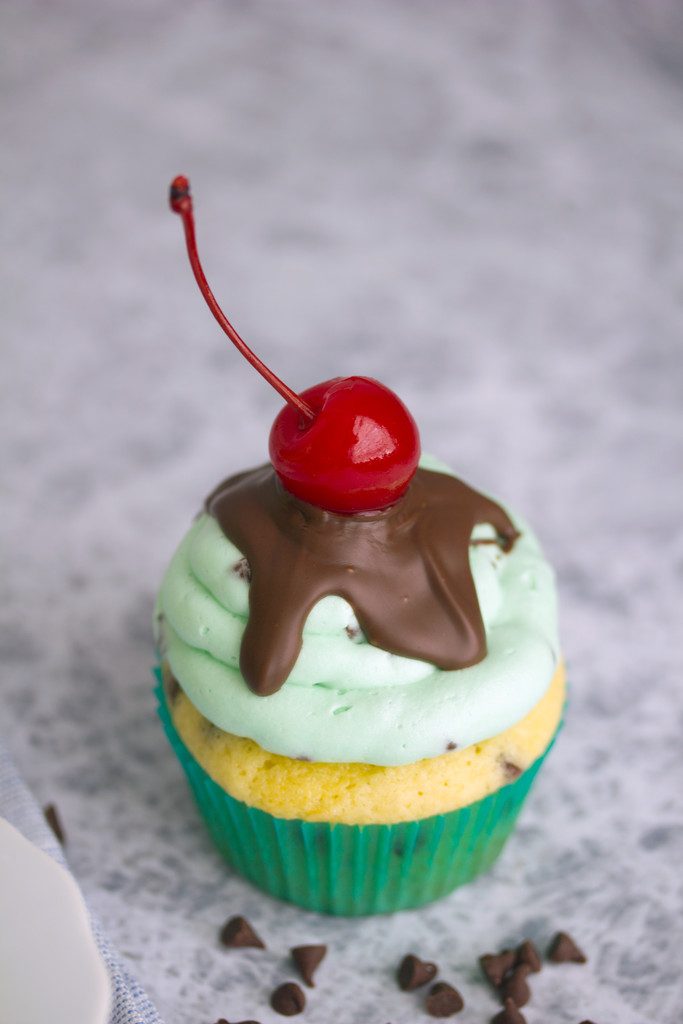 And lots of mint flavor, too. Definitely a lot like mint chocolate chip ice cream. Which reminds me, that would make the perfect side. What? You don’t have sides with your desserts? I guess a glass of milk would make a decent side, too… But I’d prefer ice cream. 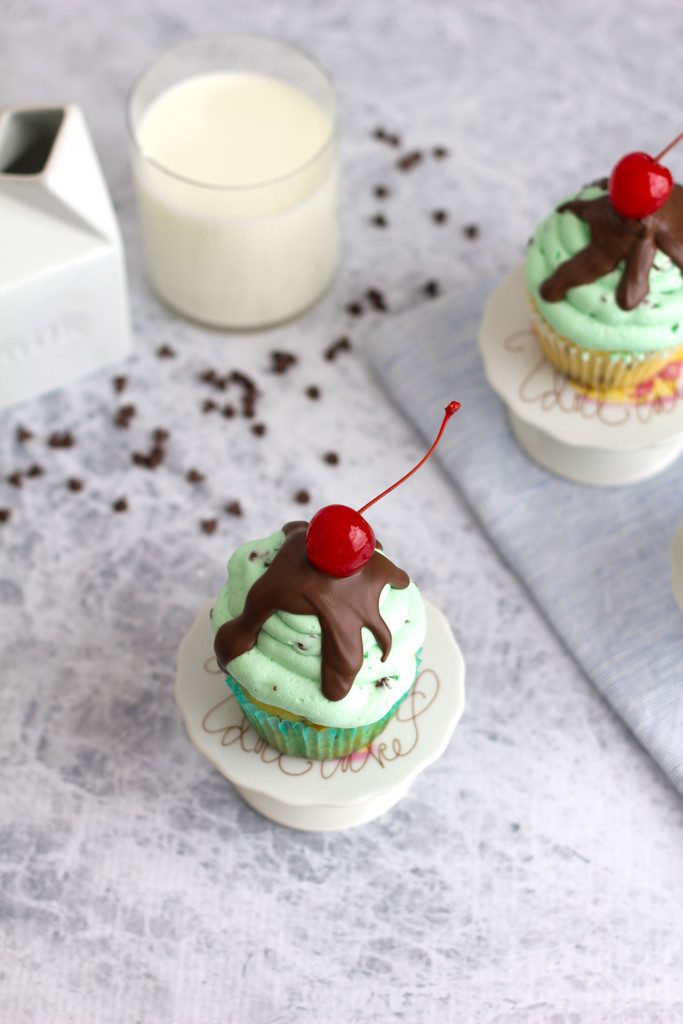 It just so happens that my aunt and uncle were in town from Buffalo and stopped by for lunch with my whole family on Sunday. We grilled burgers and brats and had some of these cupcakes for dessert. 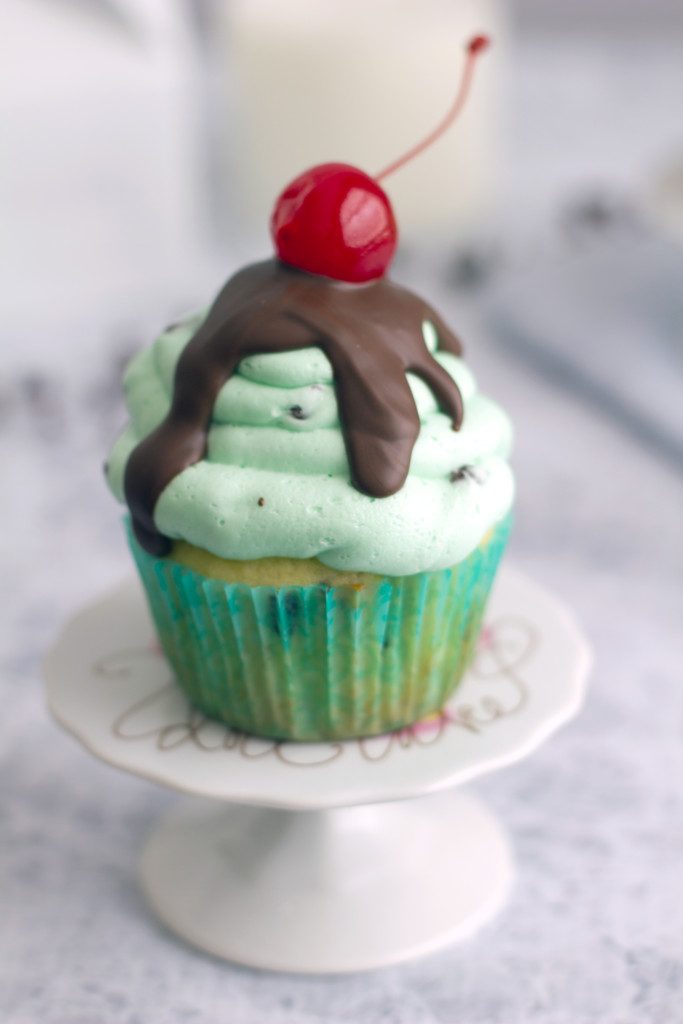 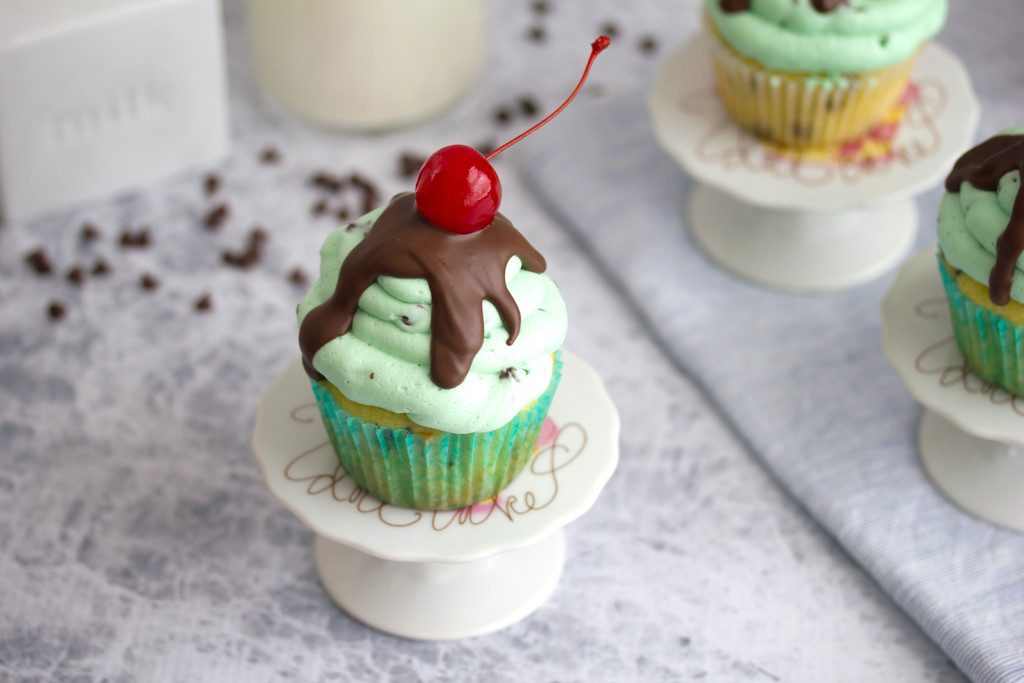 Guess I’ll also have to get a trillion more steps this week since I have a few of these leftover and am pretty sure it’s the only real remedy for this Monday. If you think of any low-call remedies, please let me know! 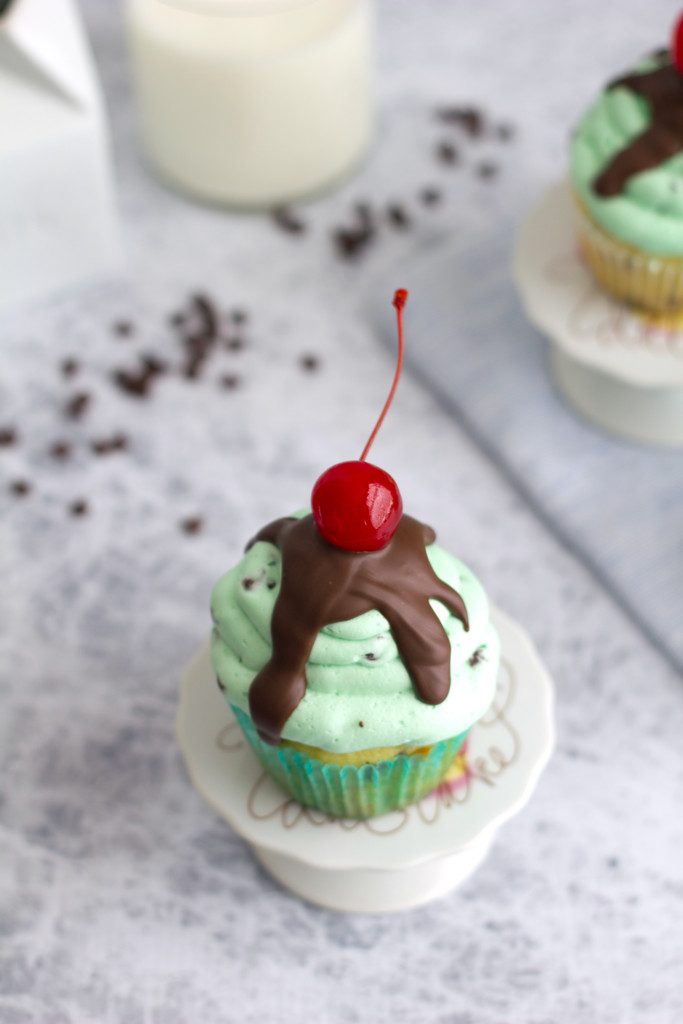 What’s the best thing you ate this weekend? 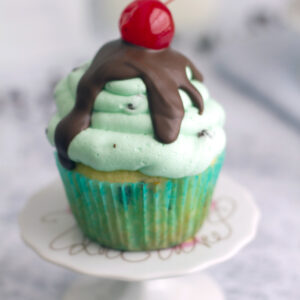 These Mint Chocolate Chip Ice Cream Cupcakes combine two of my very favorite things in life... Cupcakes and mint chocolate chip ice cream. Add a little chocolate syrup drizzle and a cherry on top for a summertime treat all year round.
4.75 from 4 votes
Print Pin Rate
Course: Dessert
Makes: 12 cupcakes
Author: We are not Martha