This Cinnamon Loaf is a deliciously sweet cinnamon swirl cake made in a loaf pan. Whether you eat it for breakfast, snack, or dessert, I highly recommend eating it warm with a little butter!

(This recipe for Cinnamon Loaf was originally posted in July 2008, but was updated with new photos in 2019). 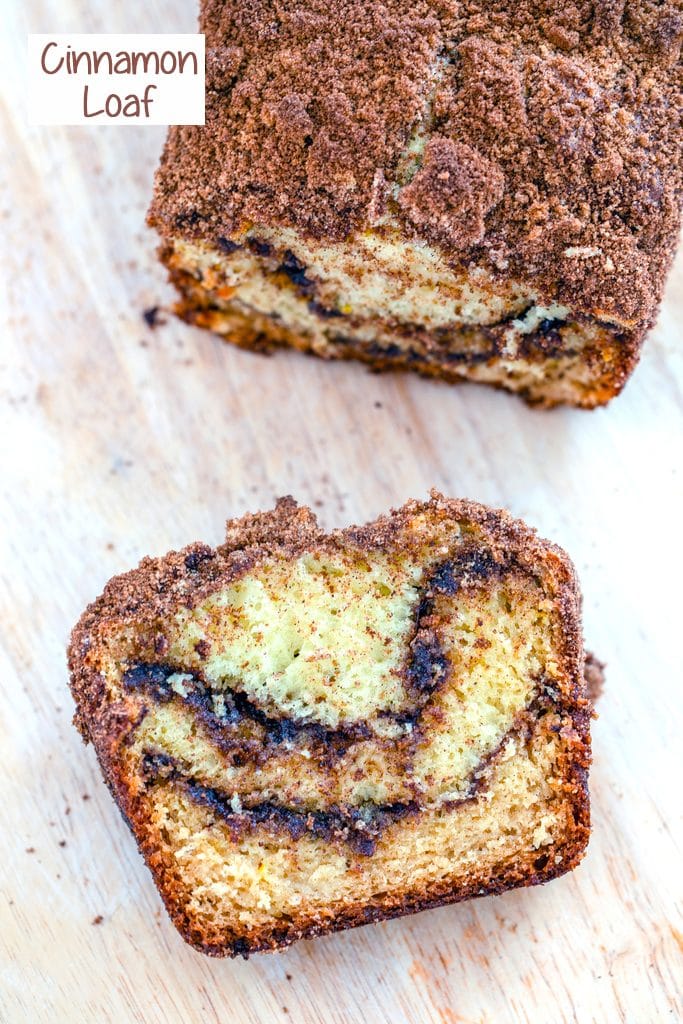 I've heard rumors that cinnamon can help boost your mood. And I'm not here to scientifically confirm or deny these rumors, but what I am for is to tell you that it boosts my mood. Every time. If I could eat a slice of coffee cake every single morning, I honestly think I'd be the happiest person in the world.  Don't you remember being a kid and having a slice of toast topped with a cinnamon sugar mixture and realizing that, in that moment, you've never been happier? I'm telling you, it's the cinnamon!

I highly recommend starting all of your days with cinnamon. The loaf/cake/bread part is debatable. But for happiness? I think it's worth it!

I've made plenty of coffee cakes in my time and while they're not hard at all, there's something a bit more intimidating about making coffee cake than there is a cake in a loaf pan. We're calling this recipe cinnamon loaf because I can't bring myself to call it cinnamon bread and it's not really a cake in a traditional sense, though it is certainly cake-like in that it's a simple batter and streusel mixture layered in a loaf pan and baked. It's cake-y... But maybe you'll feel better about eating it for breakfast if we call it cinnamon loaf? Yup, let's go with that.

The streusel is really just sugar mixed with cinnamon and the batter is a pretty basic one. 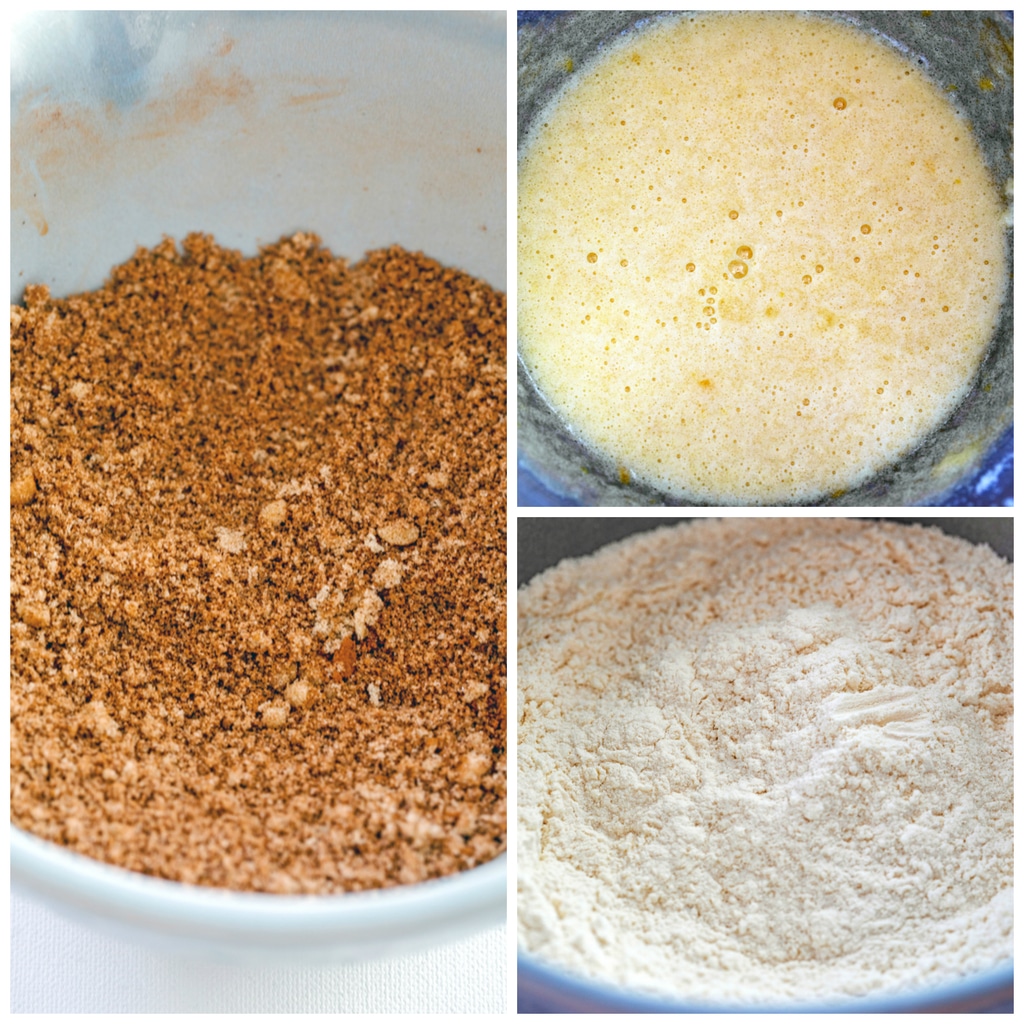 You'll layer the batter and streusel in a loaf pan in thirds starting with the batter. And then pop it into the oven to bake for almost an hour. 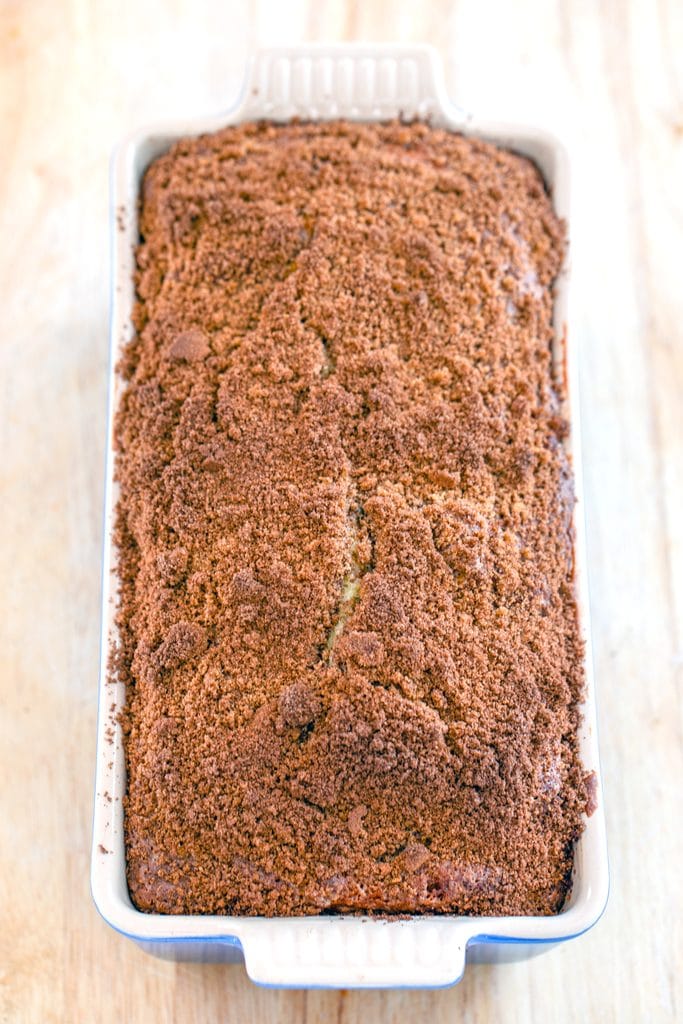 Let it cool in the pan before taking it out and slicing it up. I highly recommend eating this cinnamon loaf with a little bit of butter. But you know what? It's also pretty amazing eaten at room temperature with absolutely nothing on it. I mean, look at that cinnamon swirl middle! 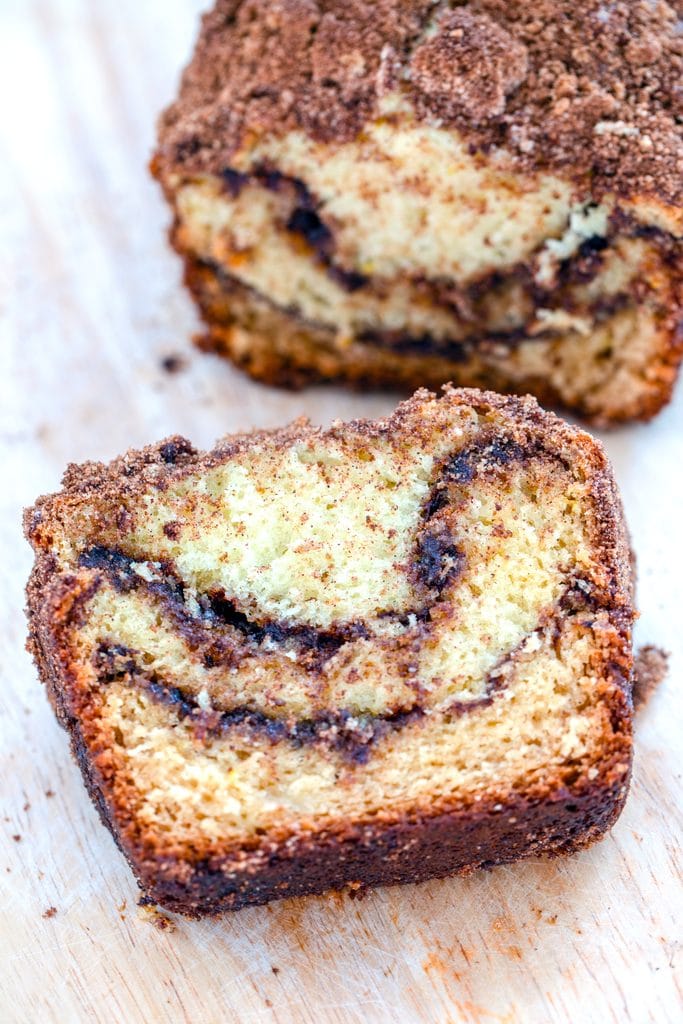 Again, you could totally eat this for breakfast and just play it off as cinnamon coffee cake, which it essentially is. The crumbly cinnamon sugar top is absolutely scrumptious. And I promise that cinnamon will make you happy! 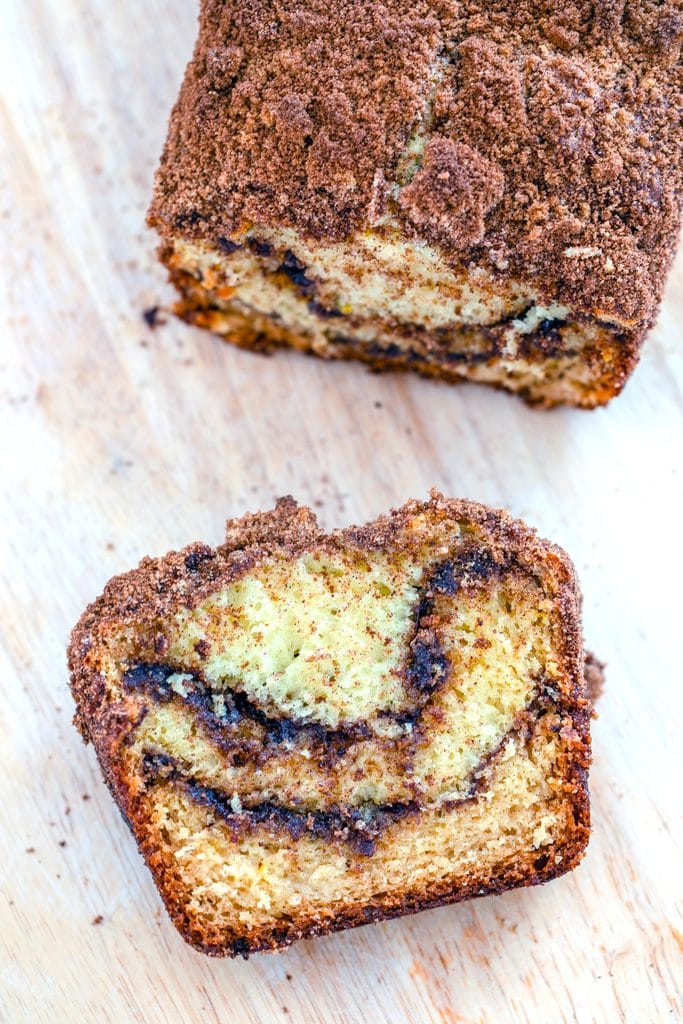 Right after this cinnamon loaf came out of the oven, I whipped up another one. I brought one to my friend's house and I brought some home to my parents. And ate some myself, of course. For breakfast. And a snack. And dessert. And maybe even for dinner one night. Shhh.
If you want more cinnamon in your life, be sure to make my Cinnamon Coffee Scones or my Cinnamon and Blackberry Breakfast Quinoa. Let that cinnamon boost your happiness! 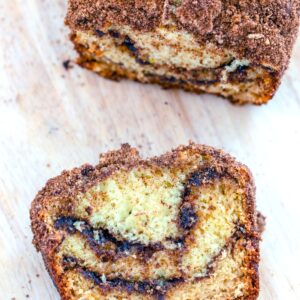