Grapefruit Shandy Mussels with Grapefruit Linguine is the "eat on the deck" summer meal you've been waiting for. Mussels and pasta packed with a citrus punch! 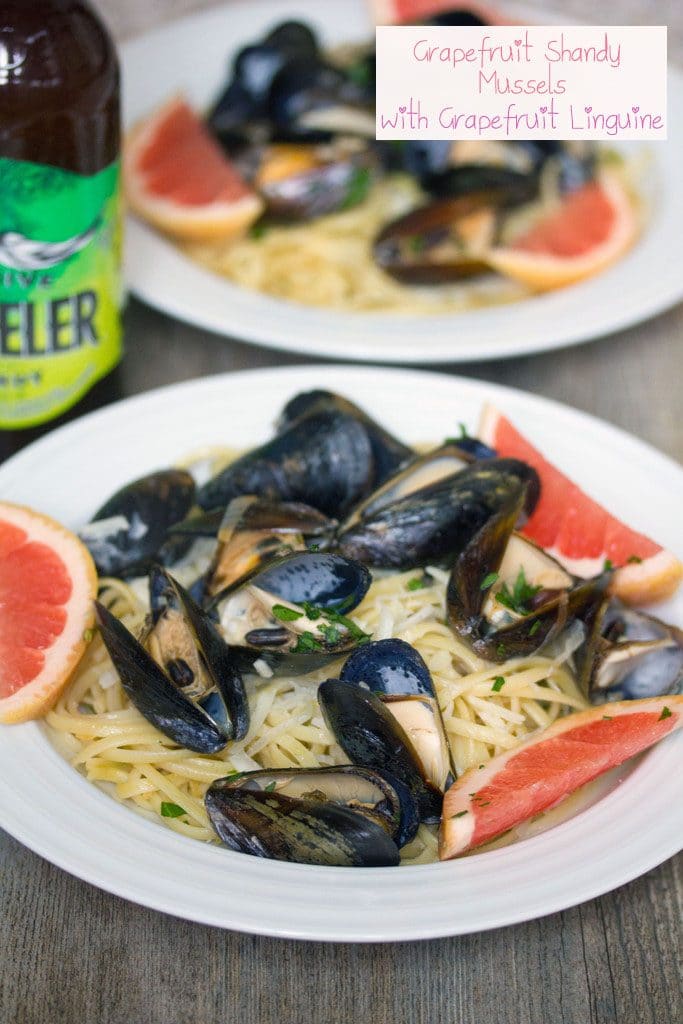 Tally ho. I think the summer shandy finds its origins in England. I don’t really know though and I really just felt like saying tally ho. I also felt like cooking with my new fave The Traveler Beer Co. Illusive Shandy. So, I cooked mussels in it. Are you a fan of shandies? They've been blowing up recently and there are so many fun flavors on the market. And I want to try them all!

Have you tried Grapefruit Shandy yet? I’ve seen multiple varieties already this spring. But this one is my favorite: 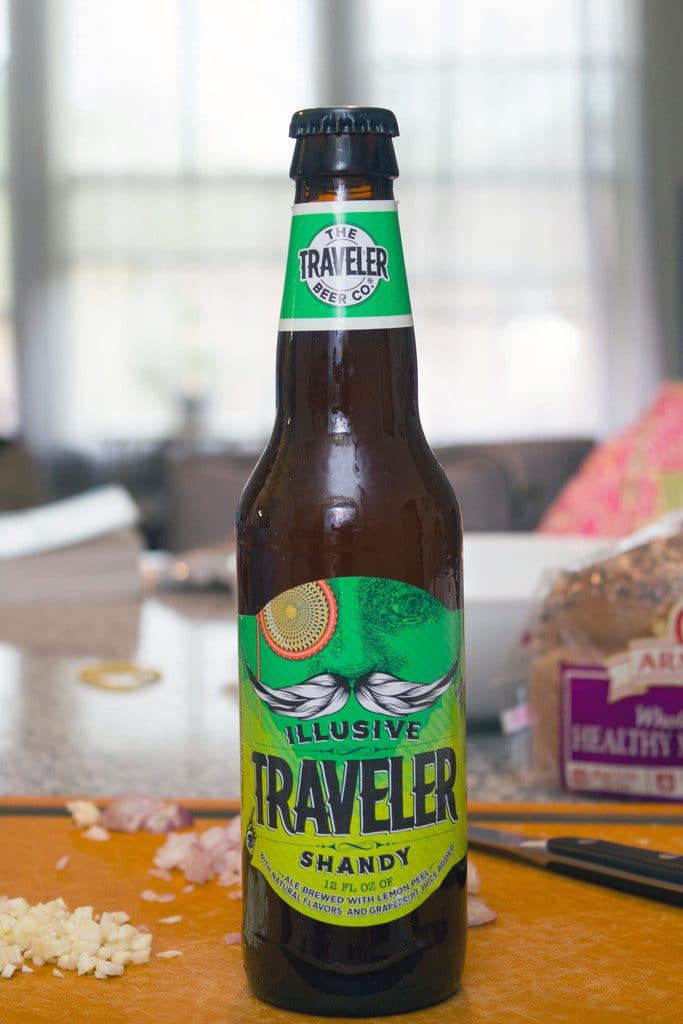 So, yes, I've been obsessed with grapefruit shandy this spring. And I've also been obsessed with cooking mussels. I just can't get over how crazy easy they are to prepare and how versatile they are. If mussels make you nervous, be sure to check out my post that includes tips for cleaning and cooking mussels... I promise, they're so simple! And most of them don't have those crazy beards anyway.

While I was sipping on a grapefruit shandy, I started to think to myself... Why wouldn’t mussels want to be cooked in grapefruit beer? So, I went ahead and tried it. I decided to serve the grapefruit shandy mussels over a bed of grapefruit linguine. Because wouldn't you want to lie in a bed of linguine, too? So jealous of those mussels right now! 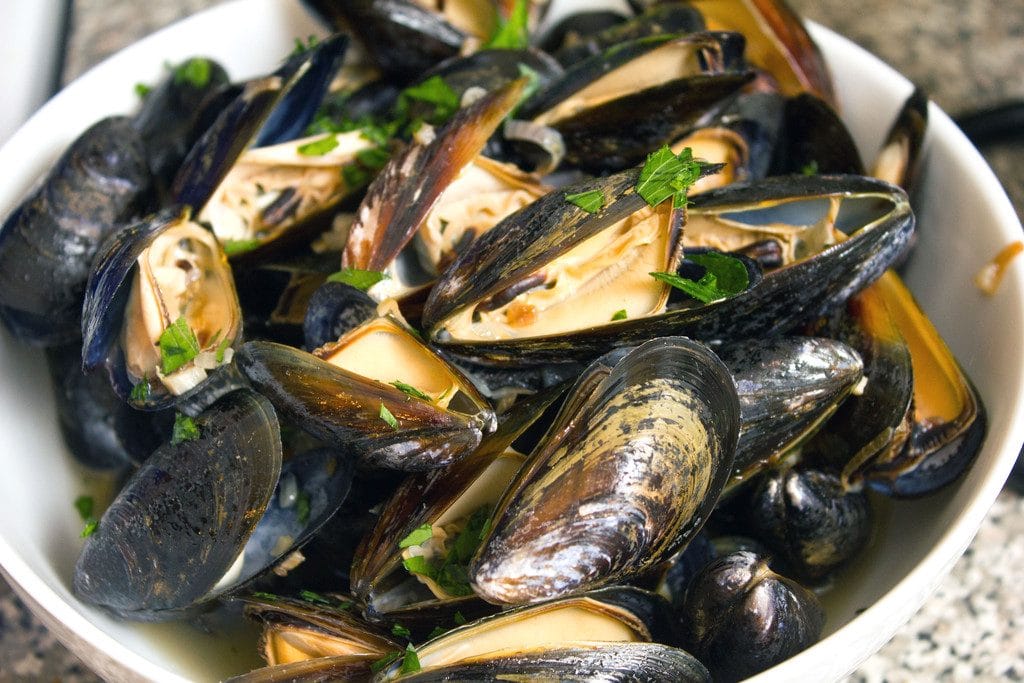 This dish is pretty much citrus heaven. And considering grapefruit is my favorite citrus and shandy is currently my favorite beer, this meal made me a very happy girl. Also, I can't remember the last time I had non-whole wheat pasta. And man, this regular old linguine was good. Though it could have had something to do with all the grapefruit goodness, too. And beer. 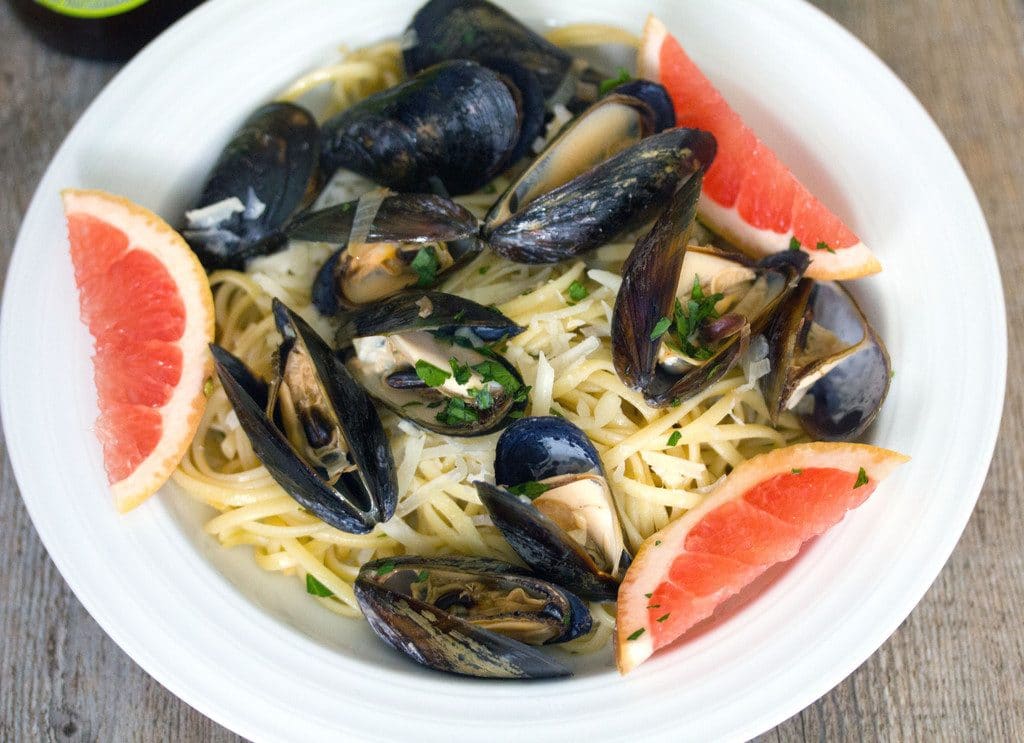 Dinner on the deck? That's where I want to eat this dish. OK, so my deck is nonexistent. But maybe if I sit really close to my open windows, I can pretend.

Especially if I drink a few more grapefruit shandies. You gotta do what you gotta do to get that summer feeling, right?? 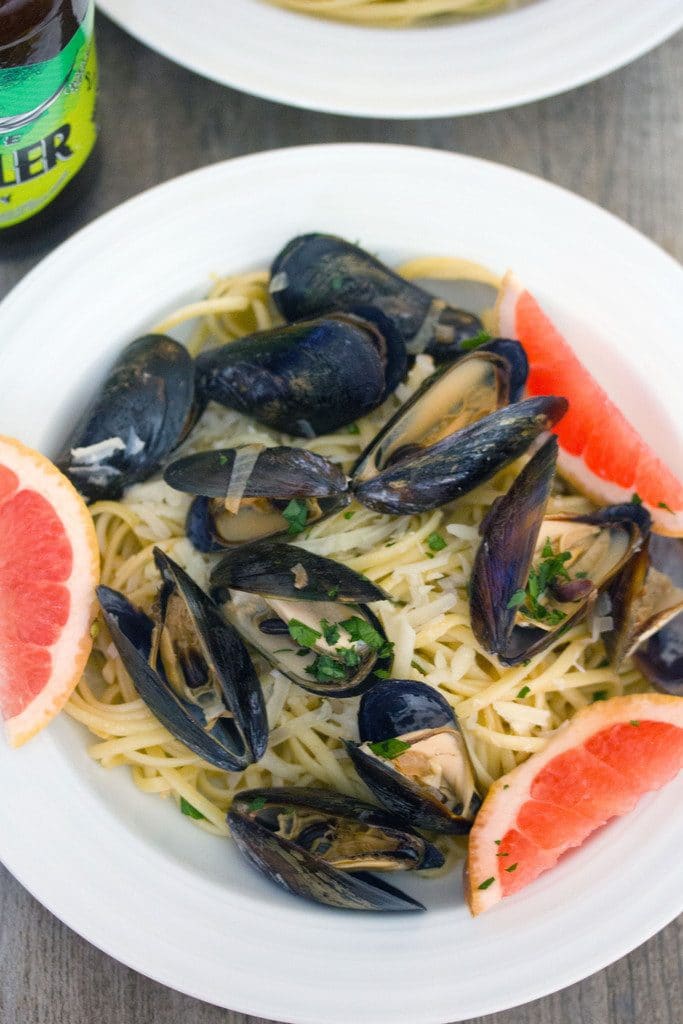 And with this meal, I am now so crazy excited for the upcoming summer. Something tells me mine is going to be filled with mussels and shandy. And probably pasta, too, but that's really no different than from any other season. 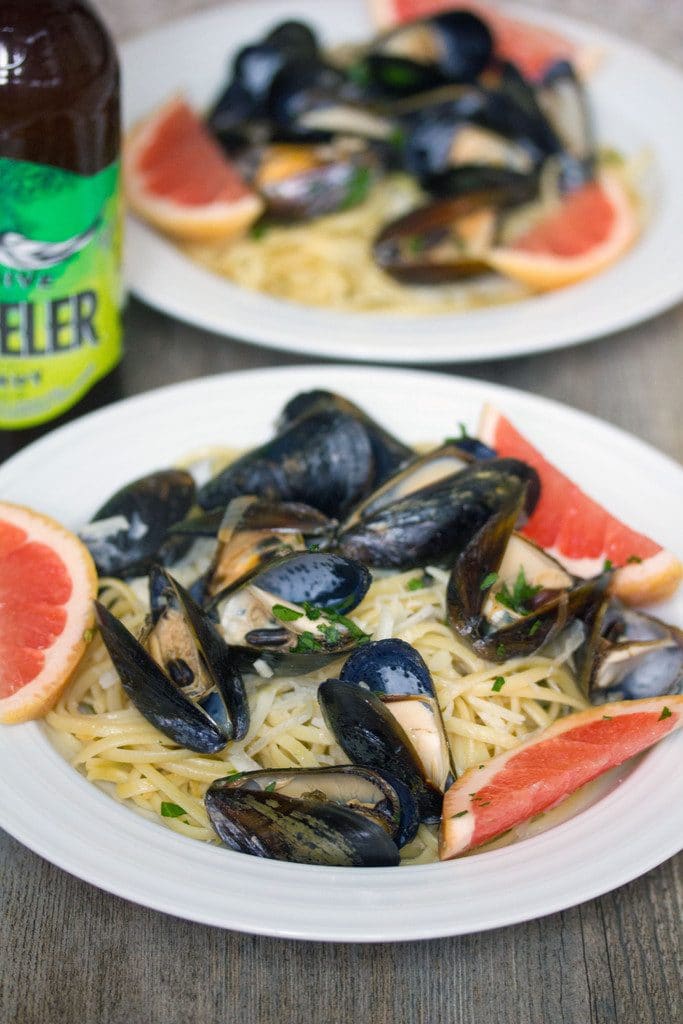 A cold beer and a plate full of beer mussels and pasta. It may not quite be summer just yet, but who else is ready for the weekend??

Are you a shandy drinker?

If you're looking for more delicious mussels recipes, check out my Blood Orange Mussels with Pomegranate Lime Linguine and my Spicy Fennel Mussels. I also can't wait to try these Garlic Sriracha Beer Steamed Mussels from The Beeroness! 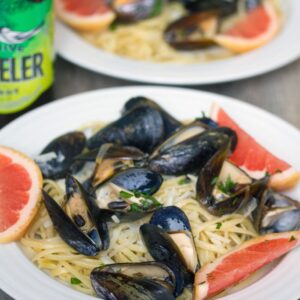