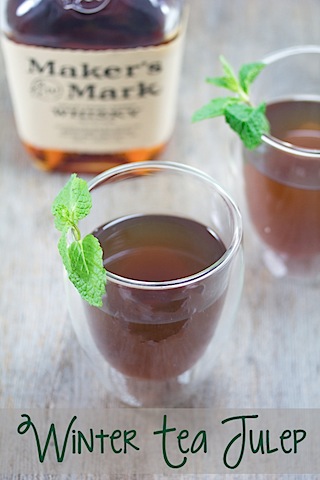 Because this week it was colder in Boston than it's been in probably two years. And I have to walk a total of 8 minutes to get to the T in the morning and 8 minutes to get home from the T in the evening. And because hot alcoholic beverages are highly underrated. Last week I made a spiced buttered rum that warmed me to the core, so this week I opted for a hot tea-based beverage. And let me tell you, a hot drink is exactly what I need when I walk in the door from the freezing cold after coming home from work late. On Cocktail Friday, yes, but even more on Wednesdays. But probably mostly on Tuesdays. Can we talk about why Tuesdays are always the worst days ever?

Even though candy cane season may be over, peppermint season is never really over. And peppermint tea is one of the most comforting hot drinks I can think of. That's what initially appealed me to this drink recipe and now I'm pretty sure I'm going to be making hot tea bevvies all winter long. There may also come a day in the future where I learn how to take photos of drinks without horrid reflections. This is only my 5 millionth Cocktail Friday, after all. 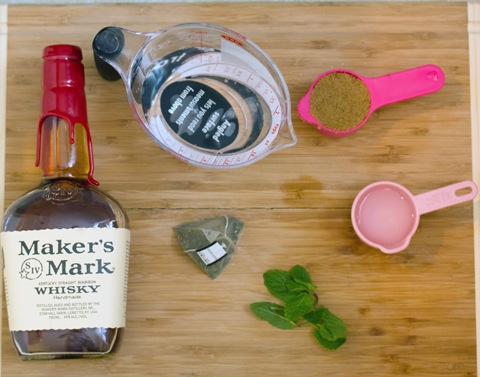 You're probably wanting to say, "another recipe that uses simple syrup, Susie?" Well, yes. But this one is a simple, simple simple syrup. Just sugar and water -- but instead of using granulated sugar, it uses brown sugar. Genius.

Simply bring water and brown sugar to a boil in a heavy sauce pan over high heat. Once the mixture starts to boil, lower heat to a simmer and let cook for about 7 minutes. 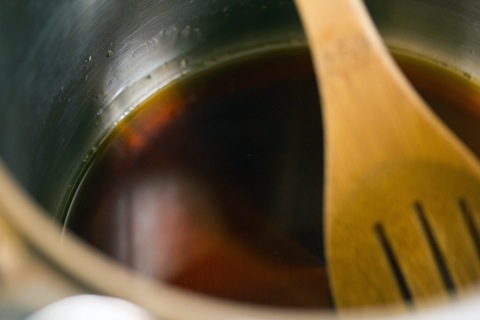 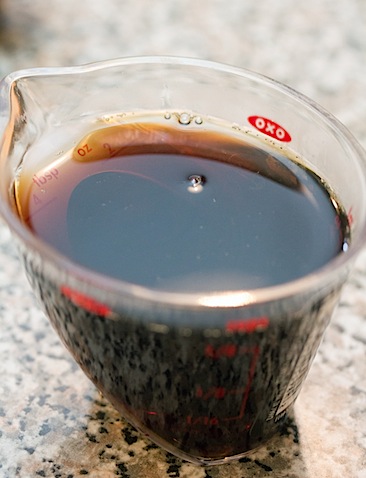 Constructing the rest of the drink is easy. For the two drinks, bring 10 ounces of water to a boil and brew peppermint tea. I poured the boiling water directly into two glasses and used a peppermint teabag in each. You could also use loose tea. Seep tea for about 4 minutes and remove teabag or infuser. 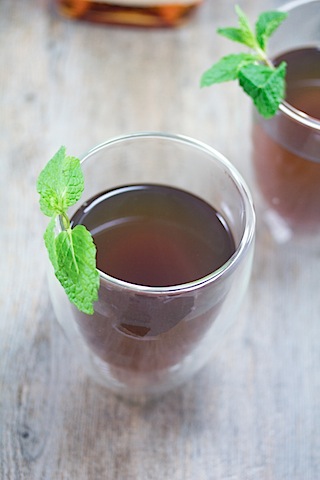 Pour ¾ oz. of brown sugar simple syrup into each glass and 1 ½ oz. bourbon in each. I highly recommend Maker's Mark. 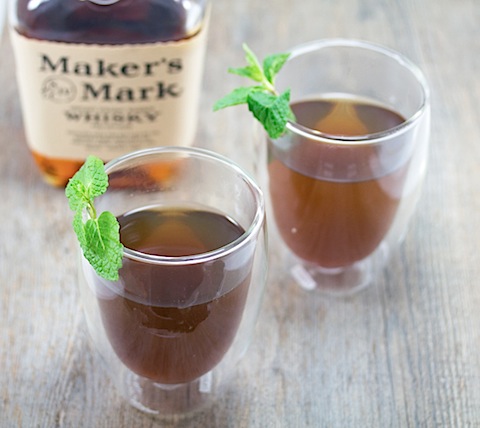 And obviously a mint garnish. 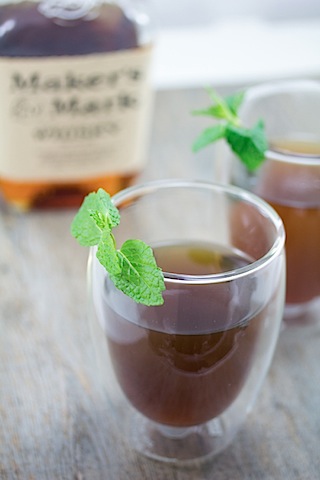 I'm used to sipping on peppermint tea before I go to bed, but it's obviously never been like this! In fact, I don't think I've ever even thought about adding alcohol to my tea. But now that I know how well bourbon goes with tea, I'm all over it. 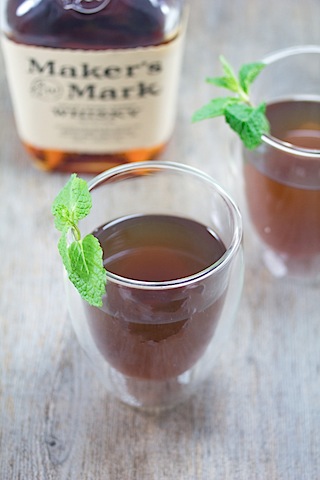 I still have a stash of my Celestial Seasonings' Sugar Cookie Sleigh Ride Tea, too, and wonder what libation would liven that one up a little more. Hmmm. 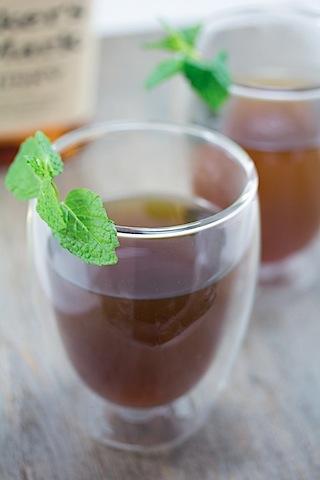 The weather finally warmed up today here in Boston. And by warming up, I mean it was in the low 20s today. Hurrah! I'm thankful I live in a place that puts so many things in perspective. 20 degree weather in January? And I'm thrilled. But I'm still wearing long underwear and I still want my hot drink. When it's 30 degrees? Then I'll pull out the shorts and tank tops again.

What do you sip on during the freezing cold months?