Blue Cheese Mashed Potatoes with Rosemary make for an absolutely delicious side dish, but I'm also not opposed to eating these mashed potatoes as a meal!

(This recipe for Blue Cheese Mashed Potatoes with Rosemary was originally posted in July 2009, but was updated with new photos in 2019). 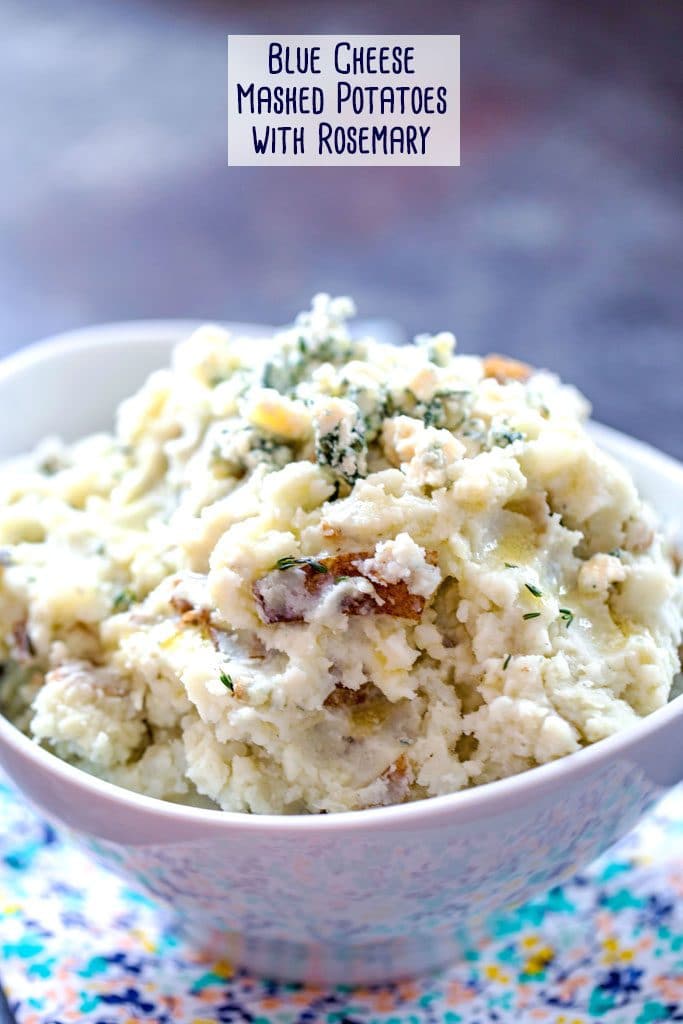 Believe it or not, I'm not a big potato person. Well, I don't know why you wouldn't believe that, aside from the fact that it seems like a large majority of this country's population is obsessed with them (I was going to say the world's population, but then I realized that that's probably not actually true). But I just don't really understand how people get such massive cravings for mashed potatoes or when they just want "meat and potatoes." It's not that I don't like them; I just don't get very excited by them. And I want way more on my plate than just meat and potatoes. But blue cheese? Now, that is something that excites me. So, when I was looking for something to make last week with my Buffalo Chicken Meatballs, I thought blue cheese mashed potatoes with rosemary would be perfect. You eat blue cheese with buffalo wings and you eat a starch (pasta) with meatballs, so I did a sort of combination of the two. And it worked perfectly!

Note: My mom taught me long ago that mashed potatoes are always much more flavorful when the skins are left on the potatoes. So, I never take the skins off. Of course, this is my preference and some people like the smoothness of no-skin mashed potatoes. So, do whatever you want. That's what makes life delicious.

You'll start with your potatoes chopped into 1-inch cubes, which you'll cook in a large pot of boiling salted water until they're tender, about 15 minutes. Drain them and return them to the pot. In the meantime, heat the milk and garlic in a saucepan until the mixture is hot, but not boiling. Stir that milk into the boiled potatoes, along with the blue cheese and garlic and mash away until they're the consistency you like. If your mixture seems a bit thin, don't worry! Let it sit for about 5 minutes and it will thicken up. 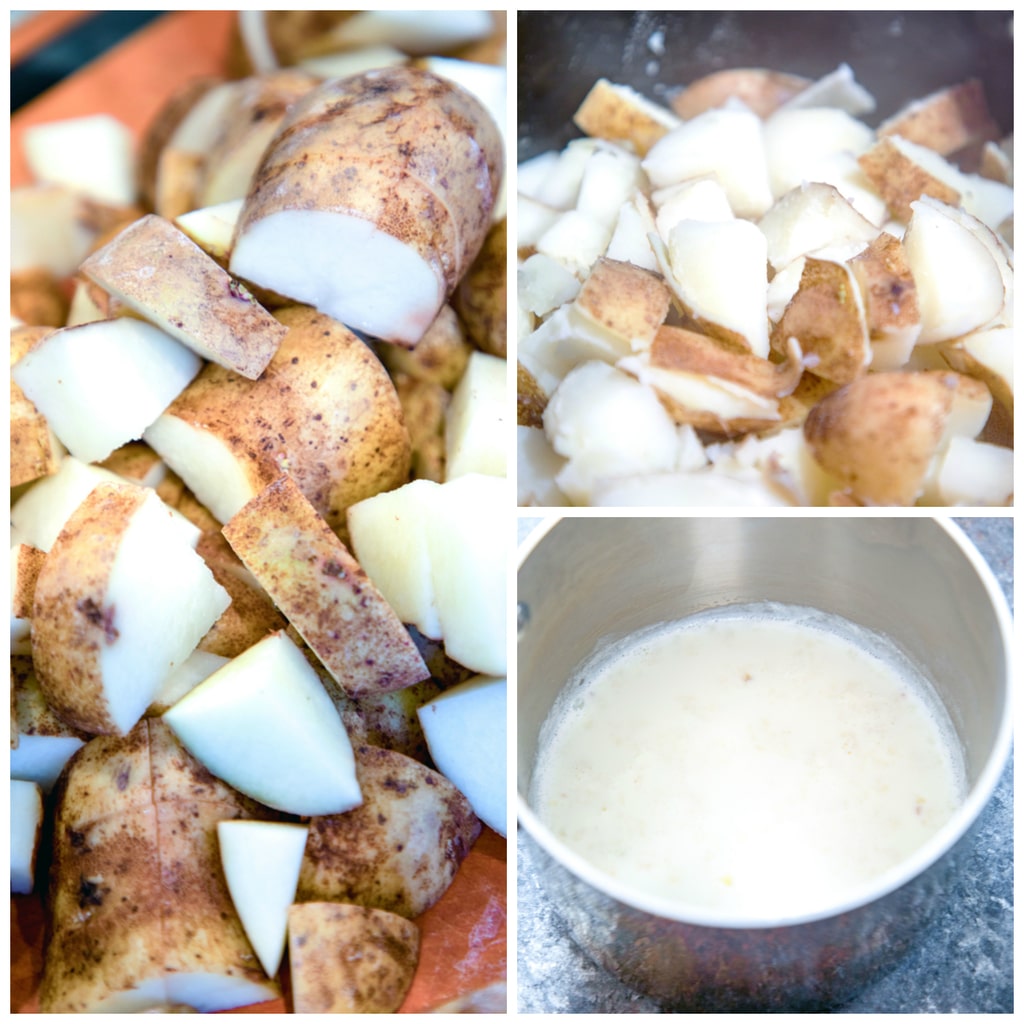 omg the flavors in these blue cheese mashed potatoes were seriously perfection. Like I said, I think normal mashed potatoes are crazy boring, but these were anything but! Between the blue cheese, garlic, and rosemary, my tastebuds were going wild with happiness.

Serve the mashed potatoes with an entree (like Buffalo Chicken Meatballs) or just eat a big bowl for a meal! Yes, I love these so much that I would actually eat mashed potatoes for a meal. Who am I?? But seriously, it's my philosophy that blue cheese makes everything to die for and I haven't been proven wrong yet. 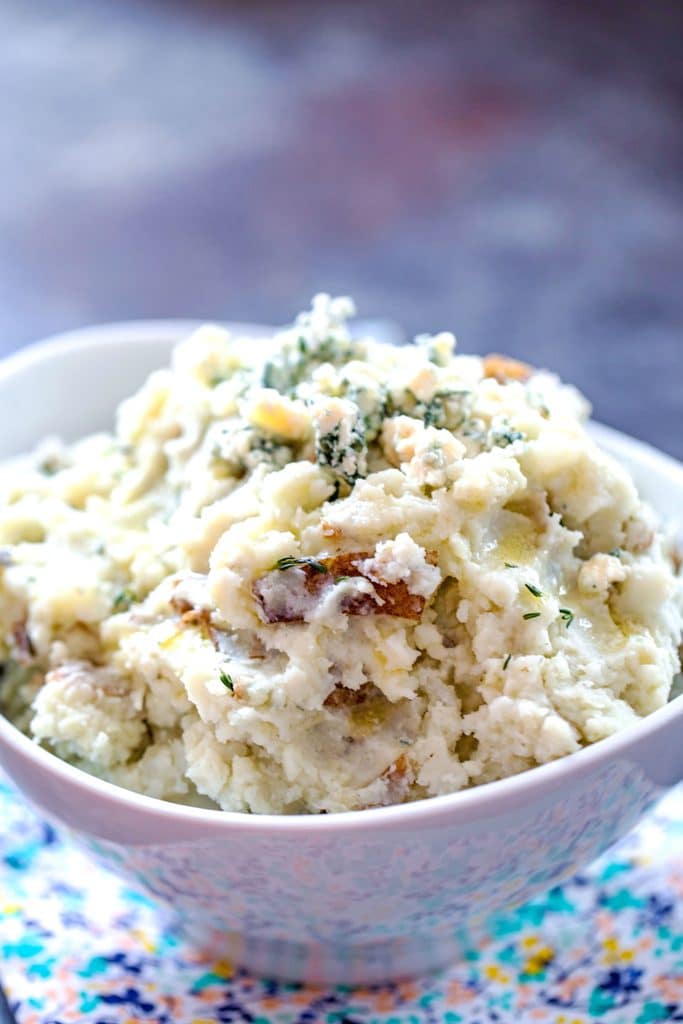 Am I turning into a potato person?? I might just be.

Are you a "potato person" or do you think they're generally pretty boring, too?

If you're looking for more potato dishes, check out my Loaded Mashed Potatoes in Jars or my Clam Chowder Potato Skins. I also want to try these Instant Pot Mashed Potatoes from Life Made Sweeter ASAP! 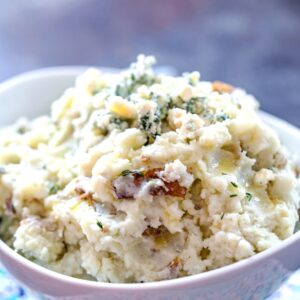