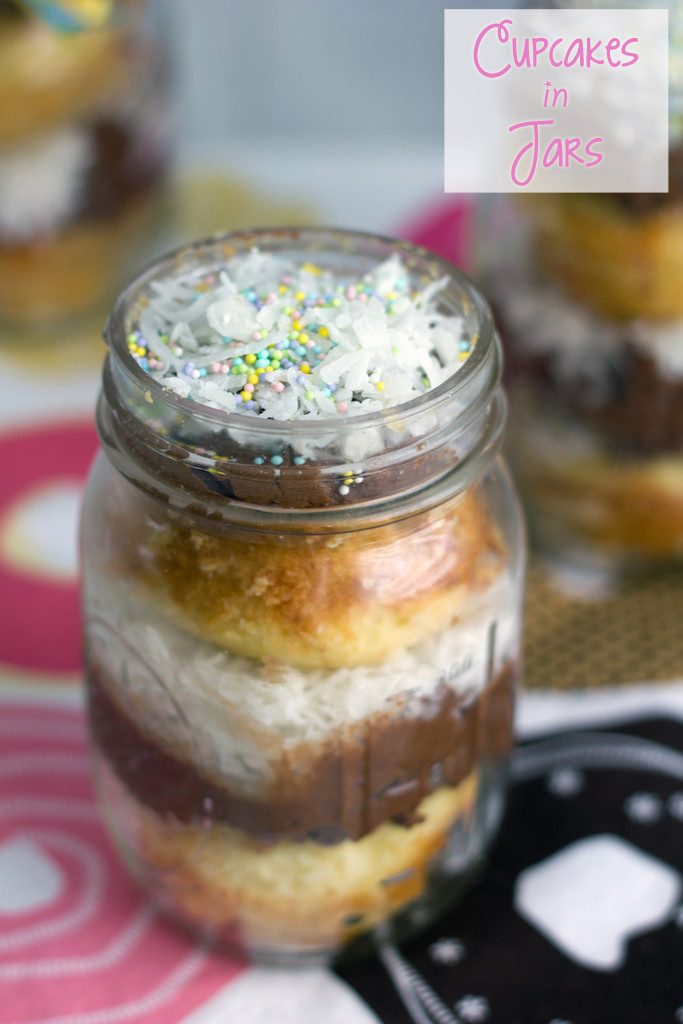 I know that I'm eleventy billion years late to the trend game with this one. It's OK though because if you're going to make fun of me for it, I'll probably just retreat to my couch with a jar of cupcake and eat my feelings. It wouldn't be the first time. And if you're going to eat your feelings, I'm pretty sure a jar filled with cupcake is the best way to do so. In reality, I'm the type of person who only really eats my happy feelings. Sad and depressed feelings take my appetite away, so if you're making fun of me, these cupcakes in jars will probably sit in my fridge and grow mold while I wither away in a puddle of tears in my bed. Now don't you feel bad?? You should probably apologize.

A little part of me has been empty without having cupcakes in jars in my life. I've known it for a long time, but the dessert kept falling to the bottom of my must-make list. Finally, I just went for it. It took me forever to decide on flavors, but I decided to go with a coconut cake and chocolate buttercream.

The cupcake making part is easy. Actually, this whole recipe is easy. It's basically making a batch of cupcakes and buttercream and layering them in a jar. 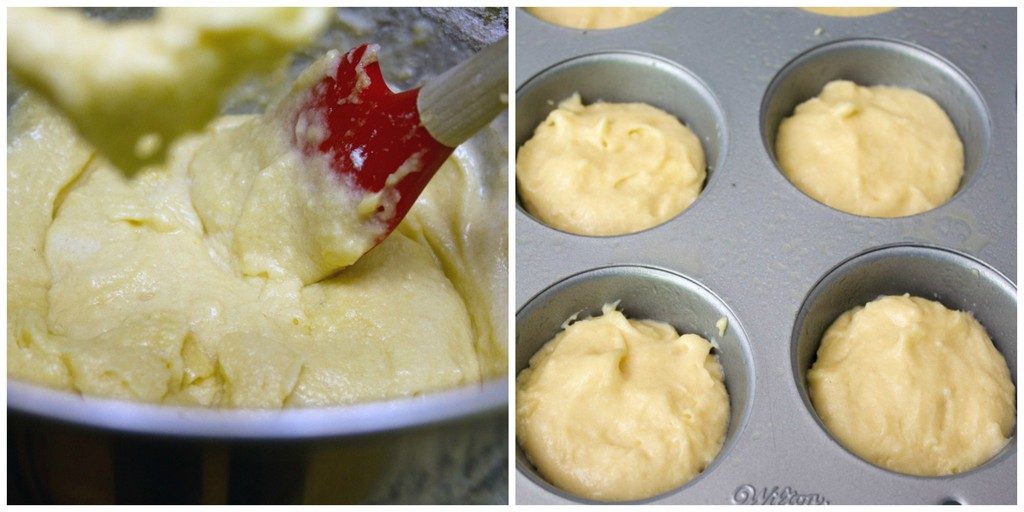 For the coconut cake, I used Wilton's new Treatology Flavor System. They have a Toasted Coconut flavor I'm obsessed with and pretty much want to drink out of the bottle. 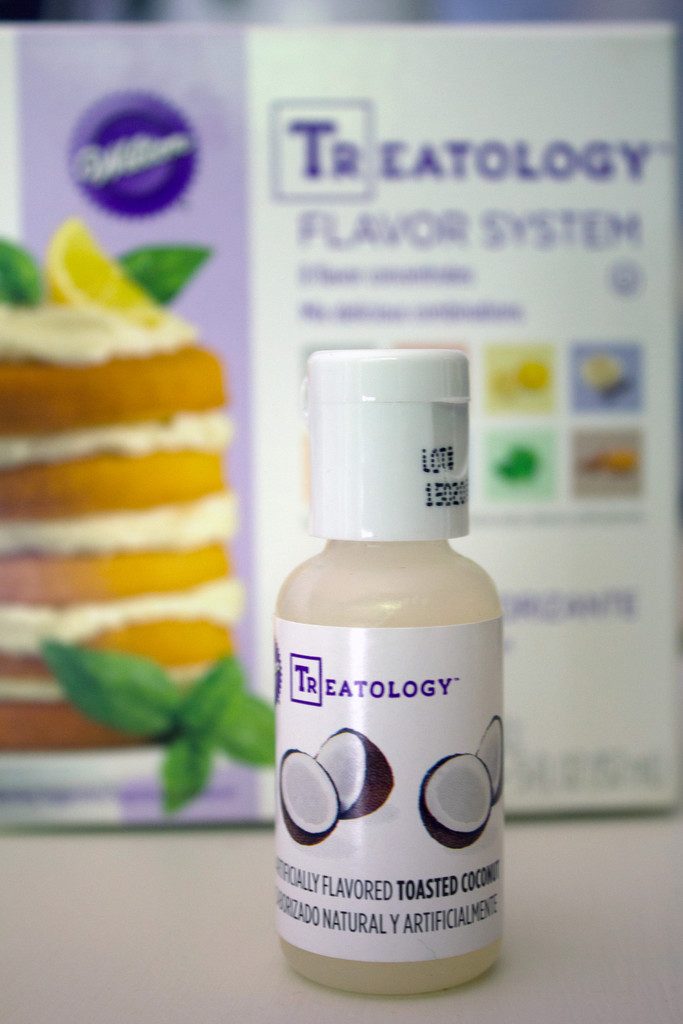 If you don't have Treatology (you can get it here and it's totally worth it... there's a champagne flavor!), you can use coconut extract.

I don't make chocolate buttercream nearly enough. But every time I do, I say that it's so delicious I just want to eat it with a spoon. And now I am. 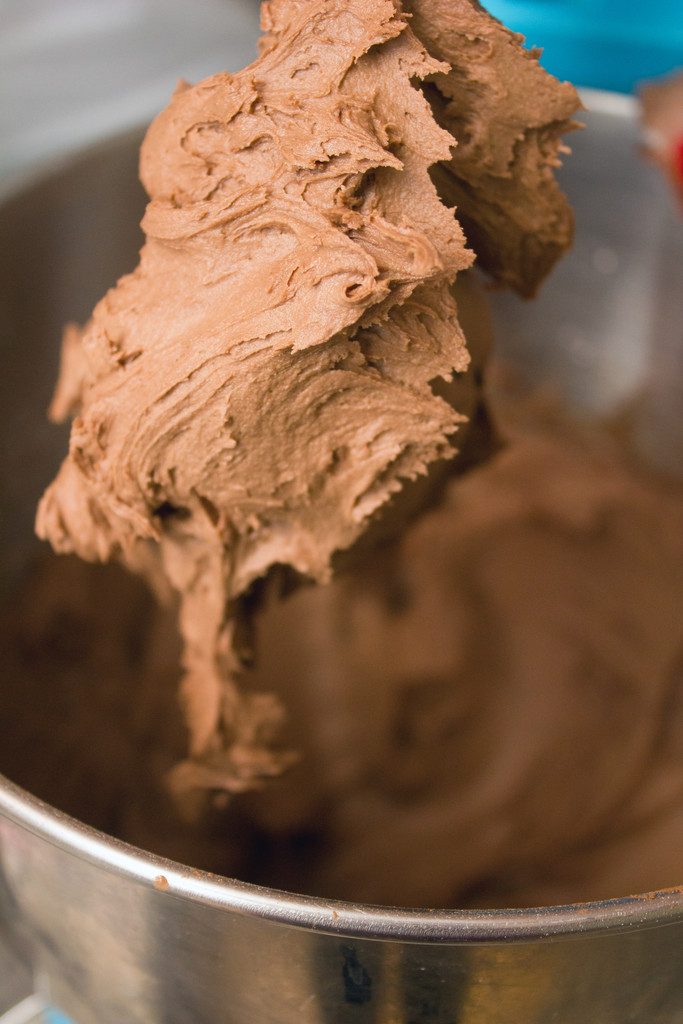 Once you have your cupcakes made and cooled and your chocolate buttercream whipped up, you simply need to assemble the jars.

Trim the tops off two cupcakes, so that they're smooth on top. Place one cupcake right-side-up in pint-sized mason car. Then, spoon a layer of chocolate buttercream over the cupcake and sprinkle shredded coconut over the frosting. Place the second cupcake upside-down on top of the coconut and layer more chocolate buttercream on top, followed by more shredded coconut. Finally, top with sprinkles. Any sprinkles you want! 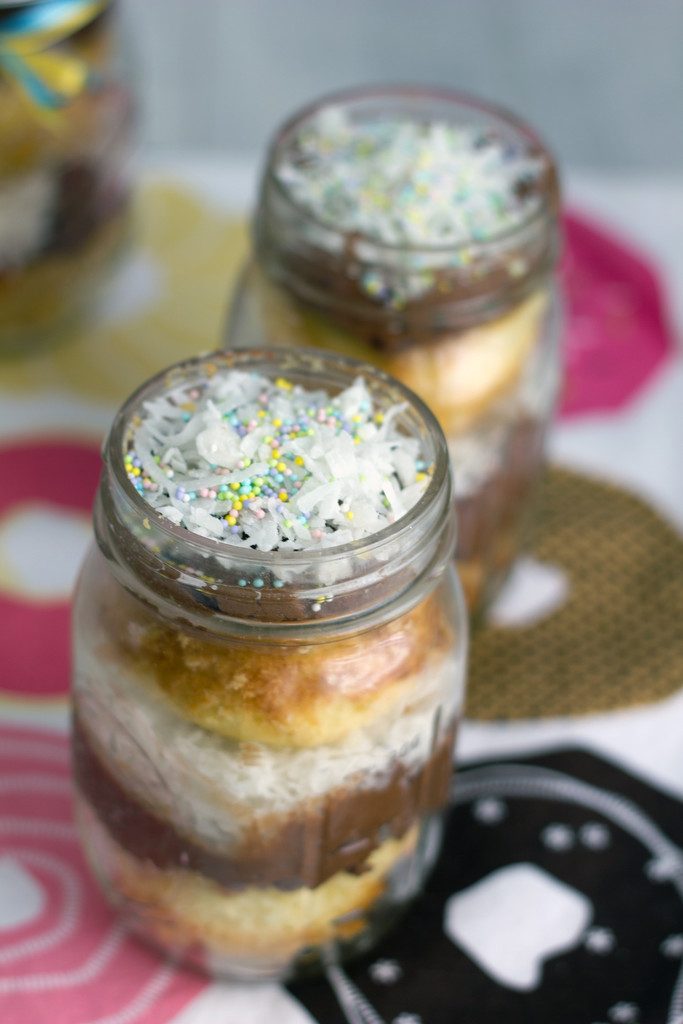 Chill in the fridge until you're ready to indulge. Which is probably immediately. Because how can you resist?? 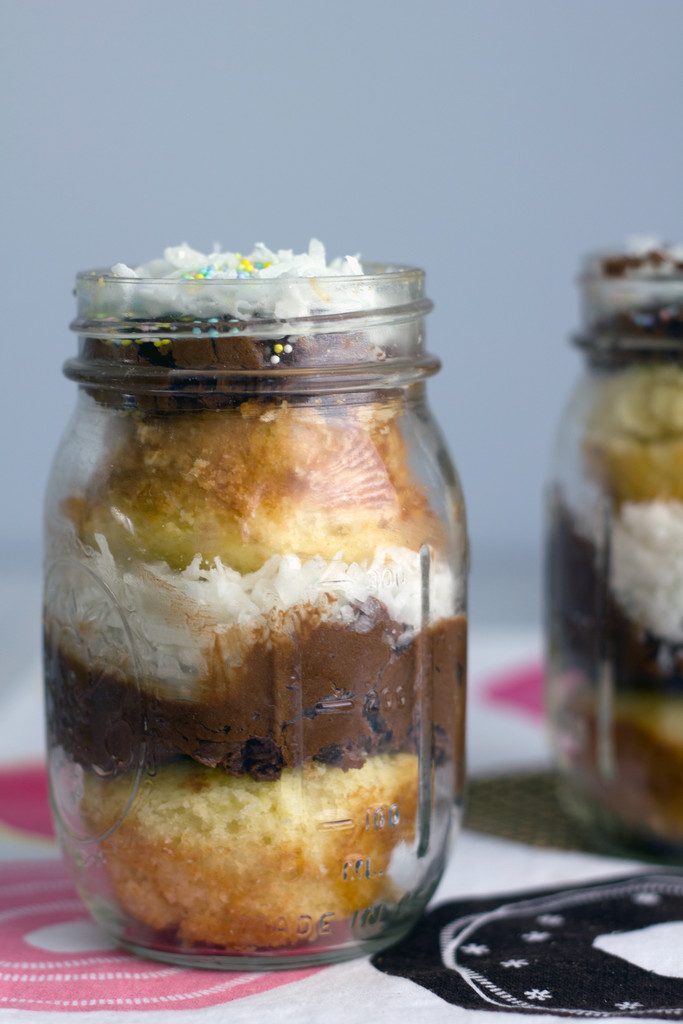 But I think these are also a super fun gift idea. They're extremely portable and you can add colors and sprinkles to make them a fit for any occasion. 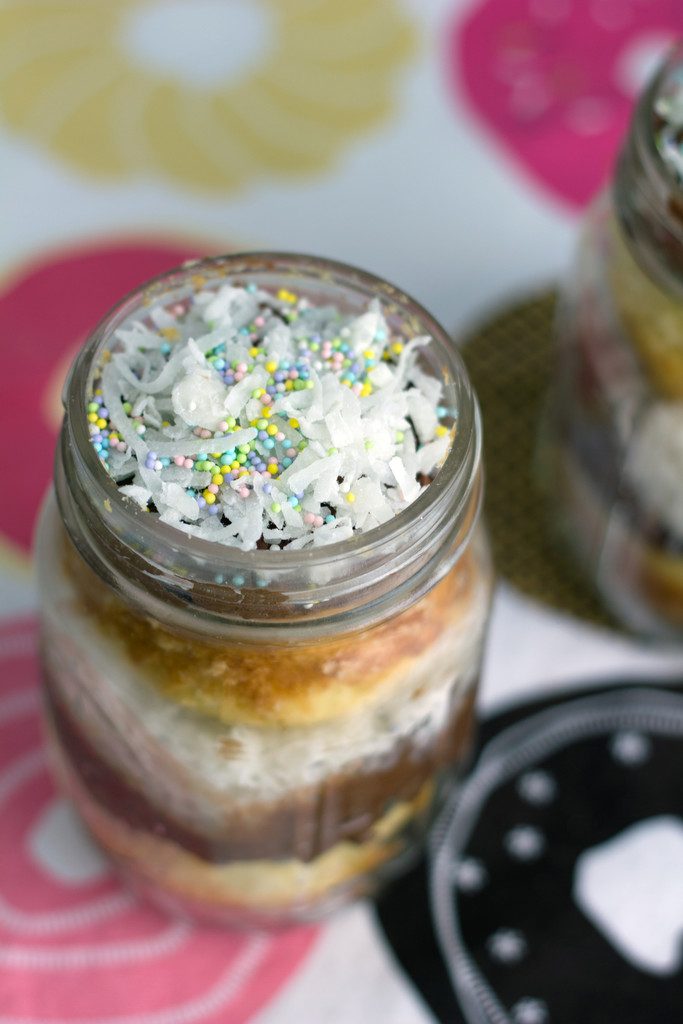 I can't quite explain it, but a cupcake in a jar is just so much more exciting than a regular old cupcake. Especially when fun flavors are used. This coconut and chocolate combination was out of control. 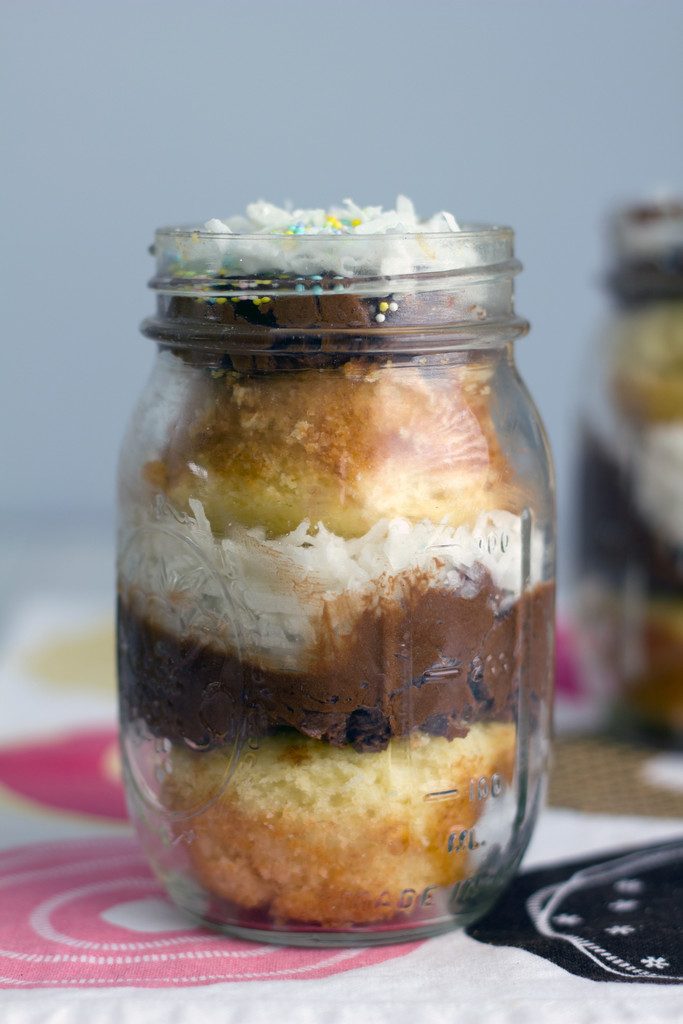 Wouldn't this just make your Monday oh so much better? If I had any of these left, I'd so bring one to work and eat it for breakfast. I'm not really sure what my co-workers would think to see me eating a cupcake out of a jar at my desk, but I'm not sure I'd really care either. I'd just be happy. 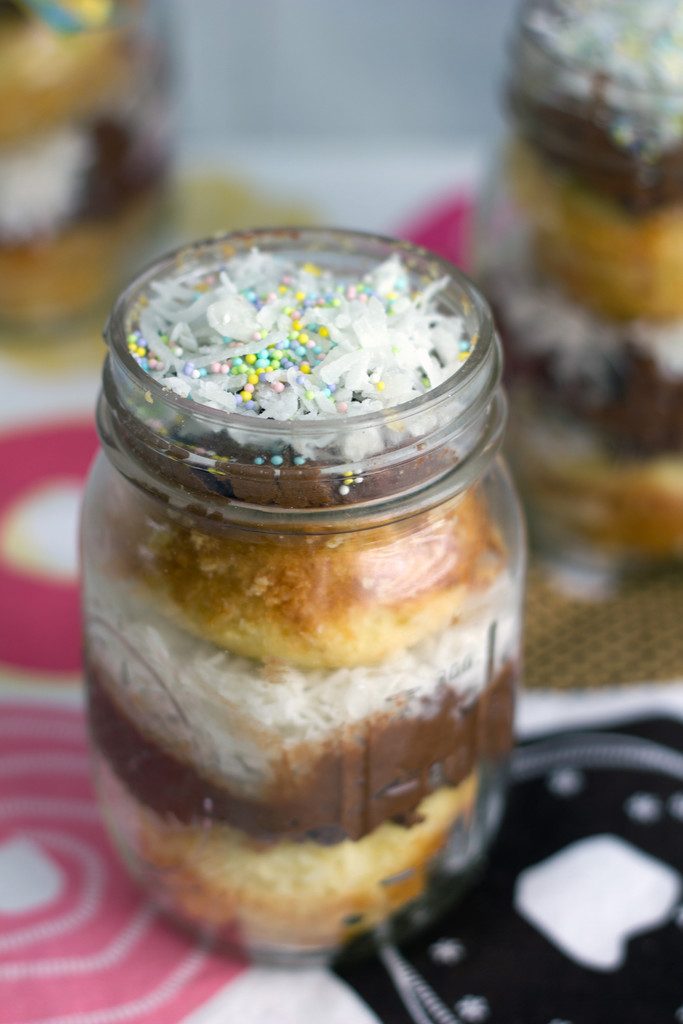 I know this is going to be a long week and I'm pretty much already counting down to the weekend. 5 days to go? Oh... right. At least tonight is the Bachelorette finale! Can we talk about that? I'm really not loving this season, but am kind of excited to see what happens. Who do you want to win?? All I know is that I'm realllly not a Nick fan. The guy totally creeps me out.

And yes, I know I'm about eleventy billion years late on the trend game for the Bachelor, too. But I just can't quit. And I'm really not sure that I'd want to.

What would make your Monday brighter? 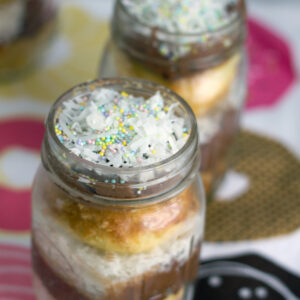 There's not much in life that's better than a cupcake, unless it's a cupcake in a jar! You can play around with flavors and toppings, but these Coconut Chocolate Buttercream Cupcakes in Jars are the perfect way to start.
No ratings yet
Print Pin Rate
Course: Dessert
Makes: 6 cupcake jars
Author: We are not Martha