This Slow Cooker Chili simply requires browning the meat, chopping some veggies, and then cooking on low for 8 hours. It doesn't get much easier (or delicious!) than that! 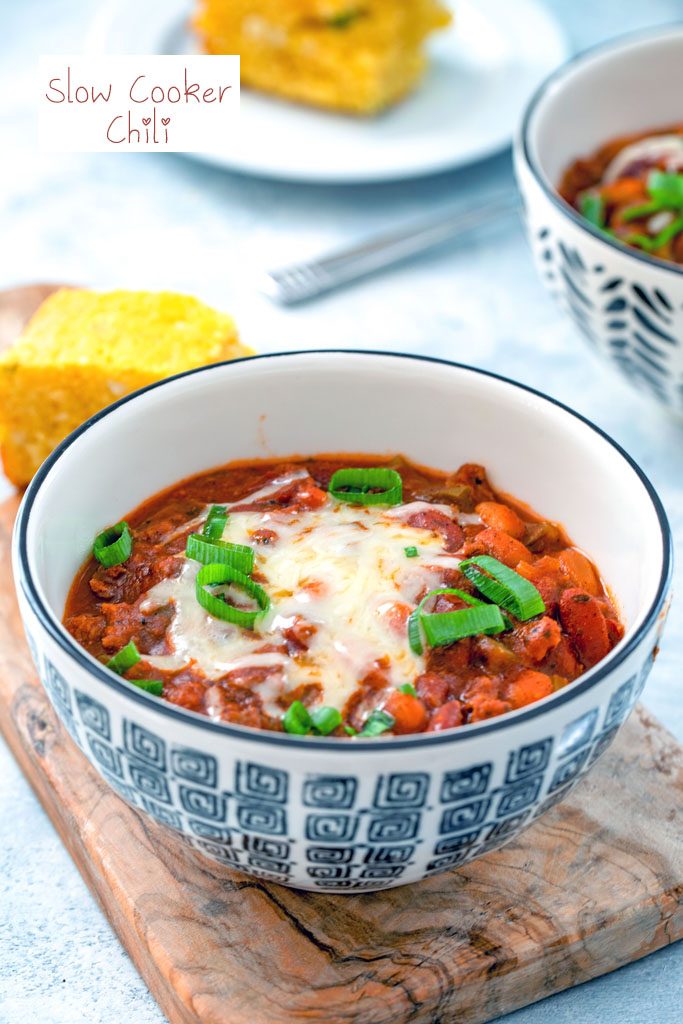 (This recipe for Slow Cooker Chili was originally published in March 2009, but was updated with new photos in 2019).

We're in the midst of an AWESOME (negative) winter storm here in Boston so I figured a little comfort food was in order. I don't use my slow cooker nearly enough, so I figured it was the perfect opportunity to try that out as well. I know part of the whole point of a slow cooker is that you cook dinner while you're at work or out for the day, but I also love the idea of having dinner cooking on my counter while I'm relaxing on the couch all day. I mean, isn't that the point of snow days?

I found a very basic chili recipe packed with flavor on the AllRecipes website. I made a few tweaks to it, but made sure to keep it fairly simple as I don't want you to feel like you have to go out and buy a million ingredients. It ended up turning out perfectly and will definitely go into my regular comfort food meal plans!

One of the best things about slow cooker chilis? They take VERY little work. For this particular recipe, all you have to do is brown the ground beef and then throw everything in the slow cooker. Some slow cookers let you brown meat right in them, so you can definitely do that. Or you can cook in a separate skillet. 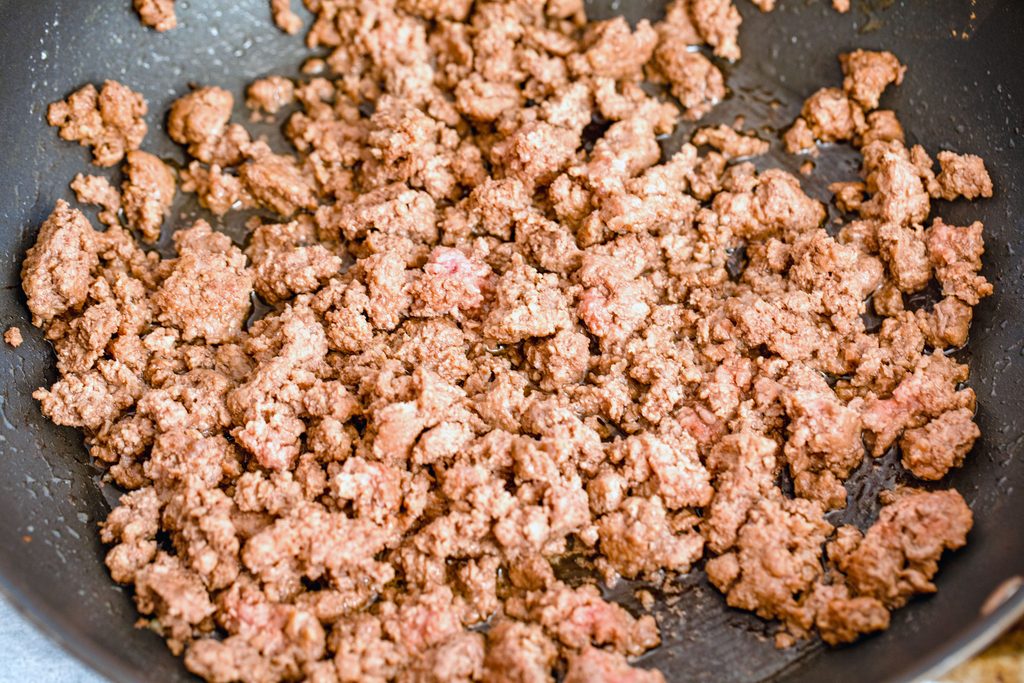 OK, I guess the slow cooker won't chop your veggies for you. But there's not too much chopping to be done for this recipe. Basically just green bell pepper, celery, onion, and garlic. 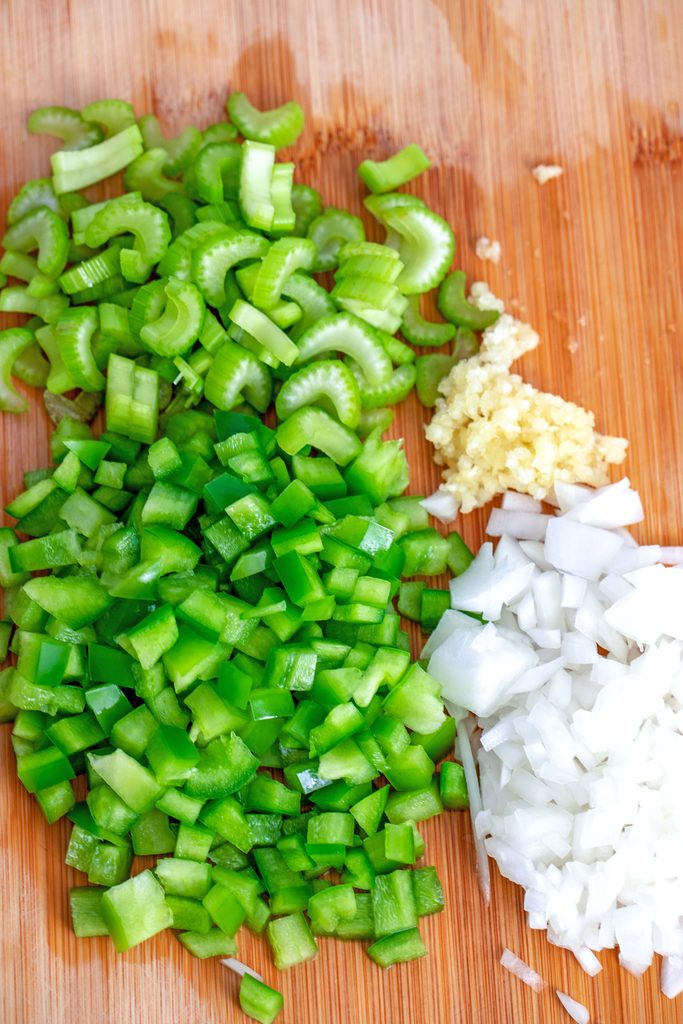 Once your veggies are chopped and your beef is browned, put them all in the slow cooker along with the tomato puree, kidney beans, and cannellini beans. Season with chili powder, parsley, salt, basil, oregano, black pepper, and hot pepper sauce.

It already looks delicious, but now it needs 8 hours of cooking time! 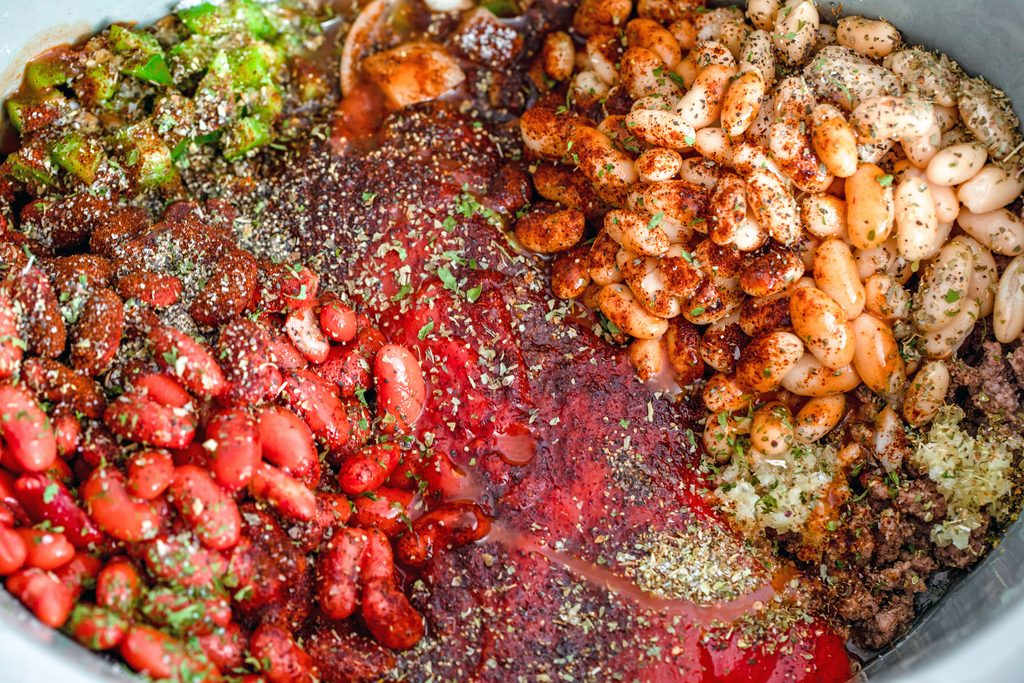 Set the slow cooker to low for 8 hours and cook away. I made this on a snow day so I could "observe" throughout the day, but I feel confident enough now to let it sit at home while I'm at work or out for the day... which I believe is the whole point.

Let me tell you, my kitchen smelled fantastic, so I'm looking forward to the next time I use the slow cooker and coming home from work with dinner already done! 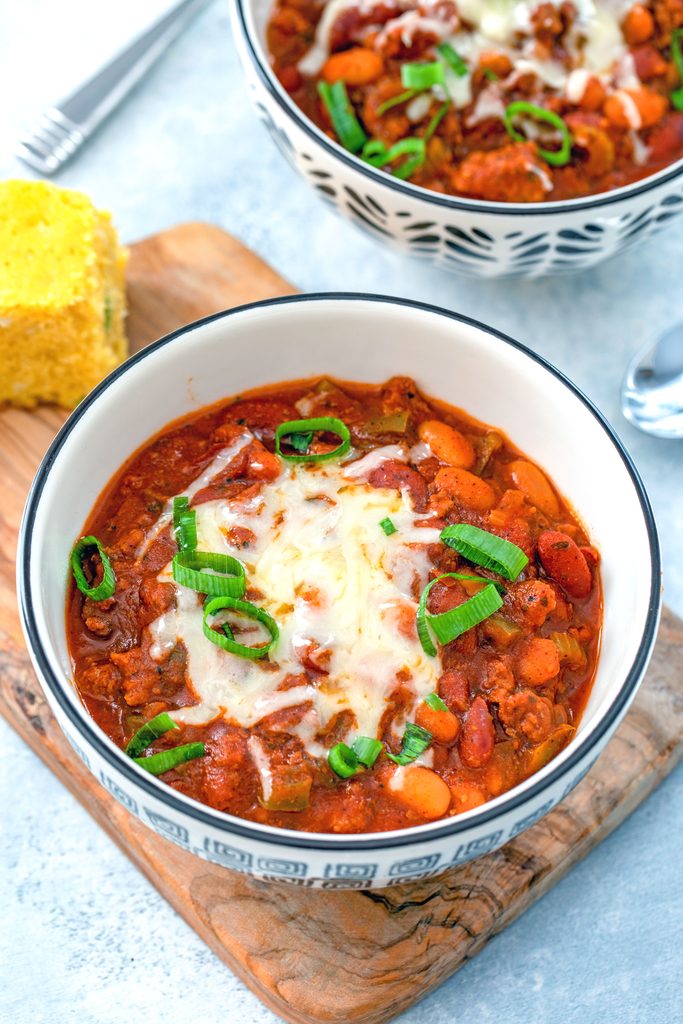 For such a simple chili, this one is absolutely packed with flavor! I highly recommend serving the slow cooker chili with a little cornbread (I made a jalapeño chili one) because chili and cornbread is just a match made in heaven. I also recommend topping it with shredded cheese and scallions. You can add sour cream, too. Or anything your heart desires!

If you're not a fan of beef in your chili, you can certainly swap out for ground chicken or turkey instead. You could even just use a couple more cans of beans instead! 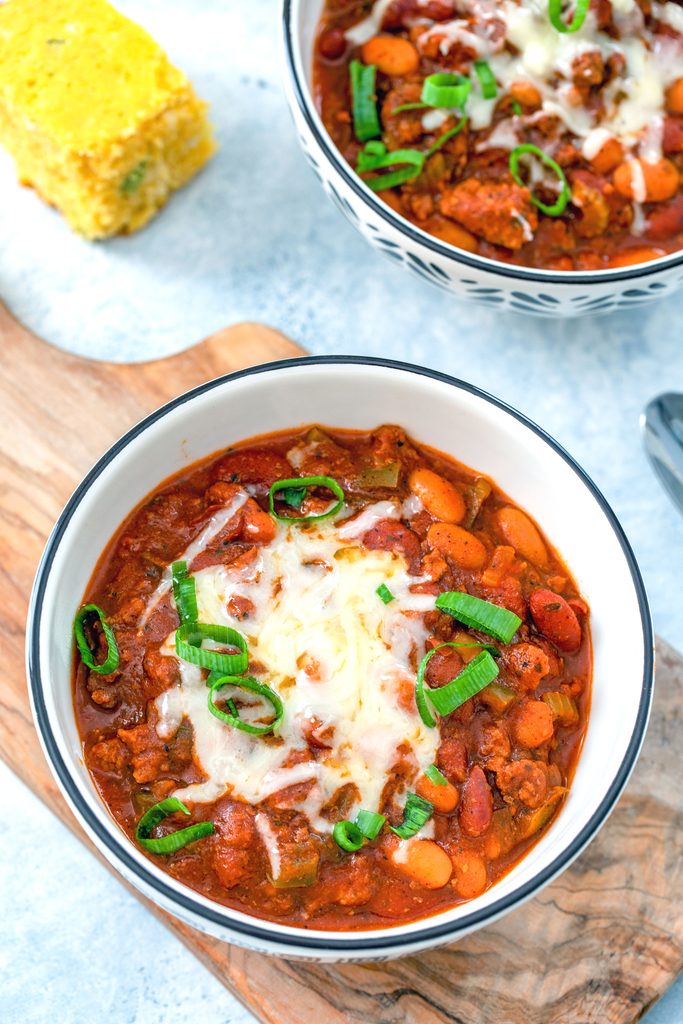 You can also obviously adjust the seasoning levels however you want and add more or less hot sauce in, too. That's the best thing about chili... you can make a few simple tweaks and have one that's perfectly personalized to you!

But I think the best thing about slow cooker chili is that you barely have to do anything to get dinner on the table. I won't even tell on you if you buy pre-made cornbread from the grocery store. 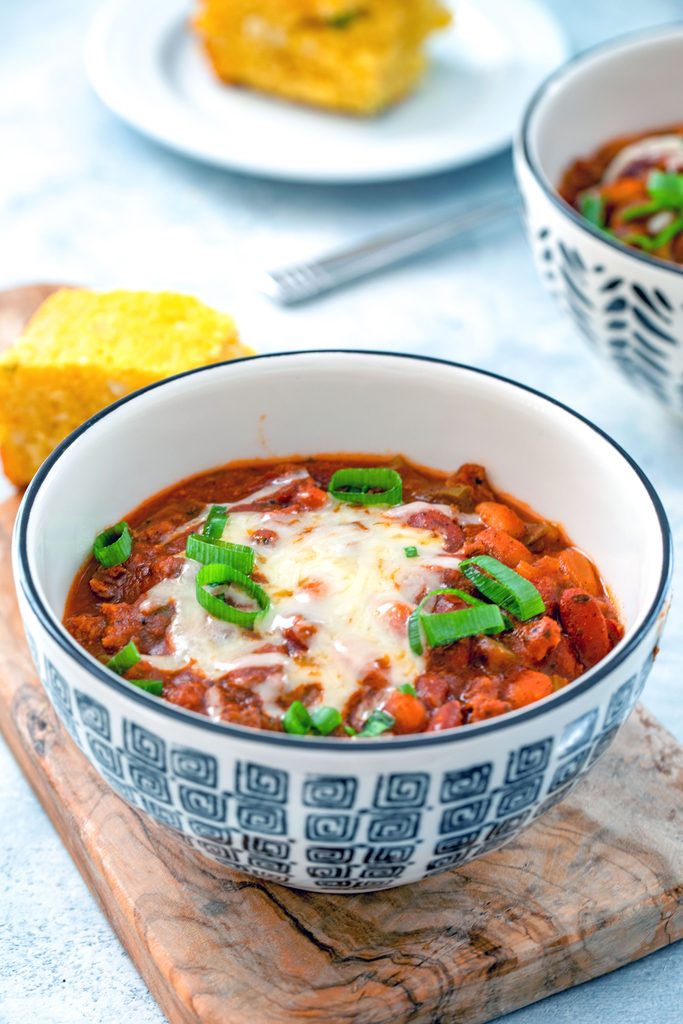 In the meantime, hopefully spring will arrive soon... But in the event that it doesn't (and I'm sure it won't), this chili recipe makes a lot and the leftovers freeze beautifully. That means you can enjoy this comfort food for more than just one meal... Not that it's difficult to make another batch!

What's your favorite kind of chili?

For more fun takes on chili, check out my Buffalo Chicken Chili or my Red Wine Pumpkin Chili. Also, how amazing does this Chili Mac and Cheese look from The View From Great Island?? 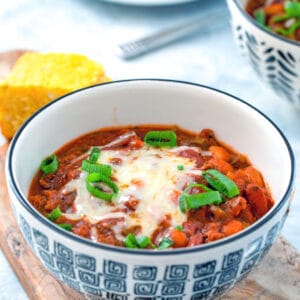