If you love Mounds candy bars as much as I do, you need to make this Mounds Bar Ice Cream! Made with lots of coconut and dark chocolate, it's a candy lovers' dream!

I know they do it on purpose to make you start craving Mounds Bars and Almond Joys and the like. And then you start craving them so non-stop that you make your own version in ice cream form. Mounds Bar ice cream. You could obviously also do Almond Joy ice cream, which would be quite delicious, especially with extra almonds added in.

First of all, I should tell you that when our new fridge was delivered, I told Chris that the first thing he had to do was put my ice cream maker in the freezer. He did it. And so, I got to make ice cream for the first time in my new kitchen. You guys, I am so happy right now.

I've had this ice cream on my mind for a long time, so I knew it would be my first new kitchen ice cream. I'm a huge Mounds Bar lover and I don't think there's too much better than the combination of coconut and dark chocolate. I might have actually made this an Almond Joy ice cream (but with dark chocolate!) but for the fact that Chris doesn't love nuts in his desserts. Pssst: he's never showed any excitement about Mounds Bars either, but he has been obsessed with this ice cream.

Not only did I mix a bunch of shredded coconut into this ice cream mixture, but I used coconut milk as part of my base. The full-fat, real coconut milk kind. It was awesome. Next time I might experiment with Silk's coconut milk and see how I can find a good creamy balance with a few less calories. But for now, this is a true indulgence. 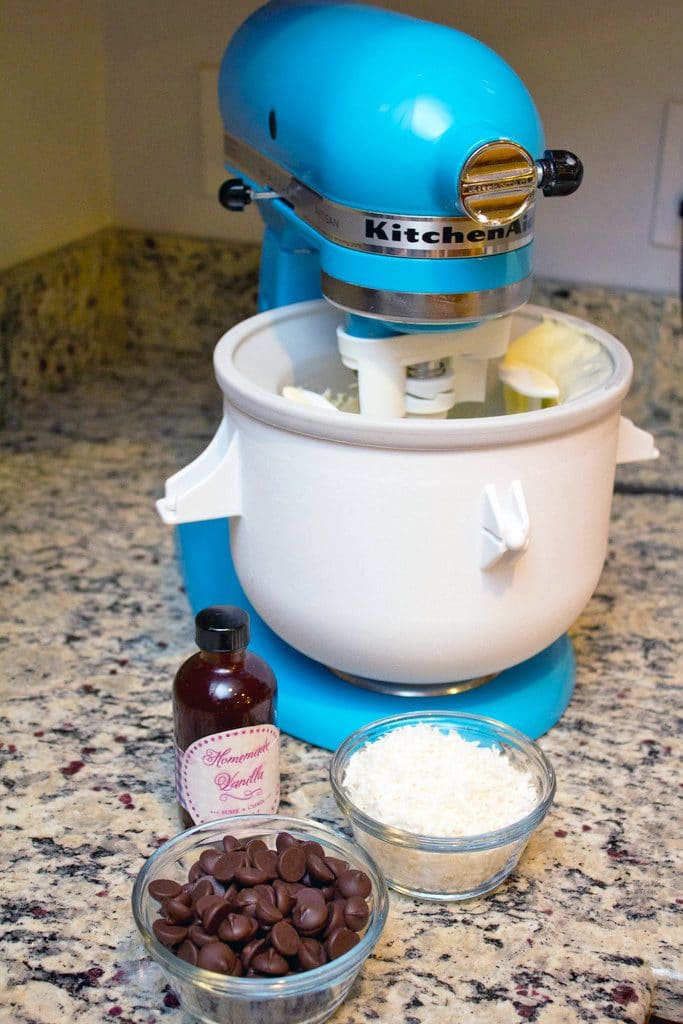 Mounds bar ice cream is a pretty standard ice cream and doesn't actually have any Mounds candy bars in it... I recreated the flavor with lots of coconut and dark chocolate. And seriously, it tastes just like a Mounds bar! 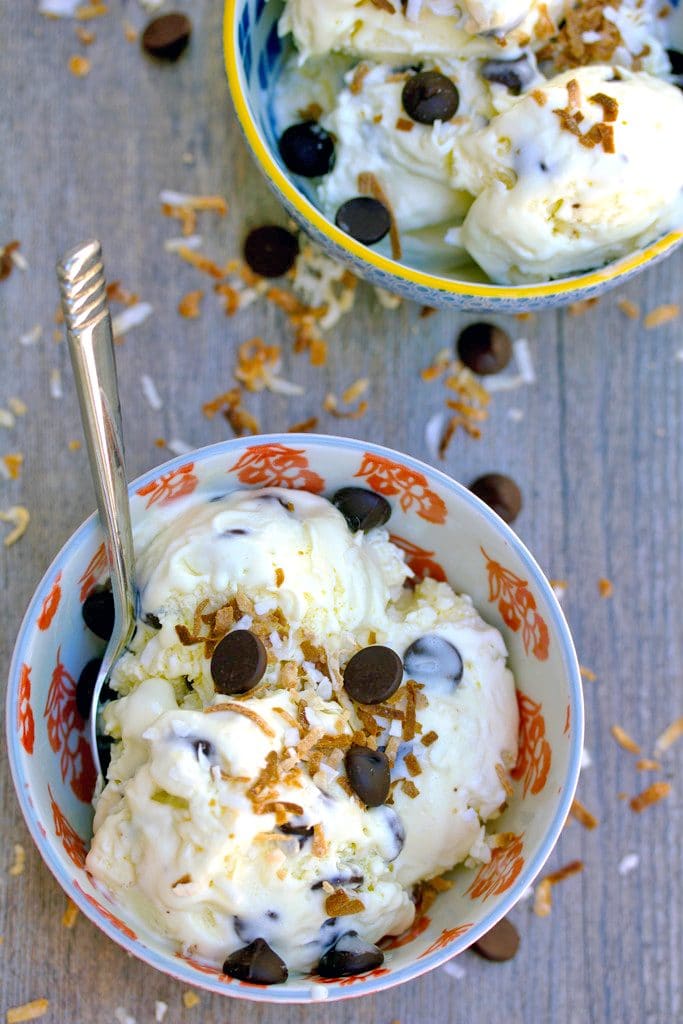 I wish I could have found dark chocolate chunks at my grocery store, but instead I used chips. However, please note that the dark chocolate is essential for a real Mounds Bar experience. Milk chocolate just wouldn't be the same!

You don't have to sprinkle toasted coconut on top of the ice cream. It's excessive, really. But I did it. Because when have I ever been afraid of excess? And it added just the perfect sweet touch. 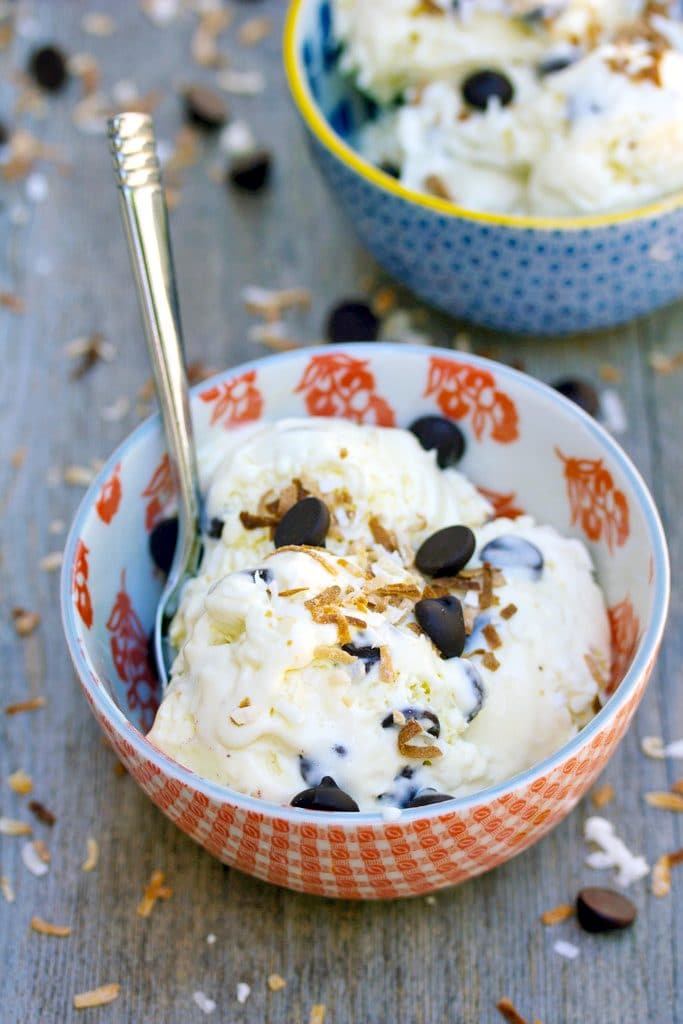 If this Wednesday is leaving you feeling like you need a coconut and dark chocolate fix, check out my recipe for Mounds bar ice cream (I was going to make some sort of joke about a "hump" being like a "mound" and how Wednesday is Mounds Day, but it worked out a lot better in my head than it did in writing... And then I obviously I wrote it anyway. You can ignore me now). Anyway, the ice cream does require a bit of chilling time, so I recommend getting started on it now. Really, I just have your best interests in mind.

Please tell me you know the Mounds/Almond Joy commercials??

If you're looking for more delicious ice cream recipes, check out my Mint Oreo Ice Cream and my Apple Pie Ice Cream. 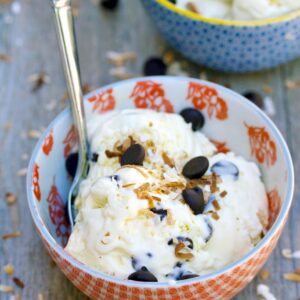