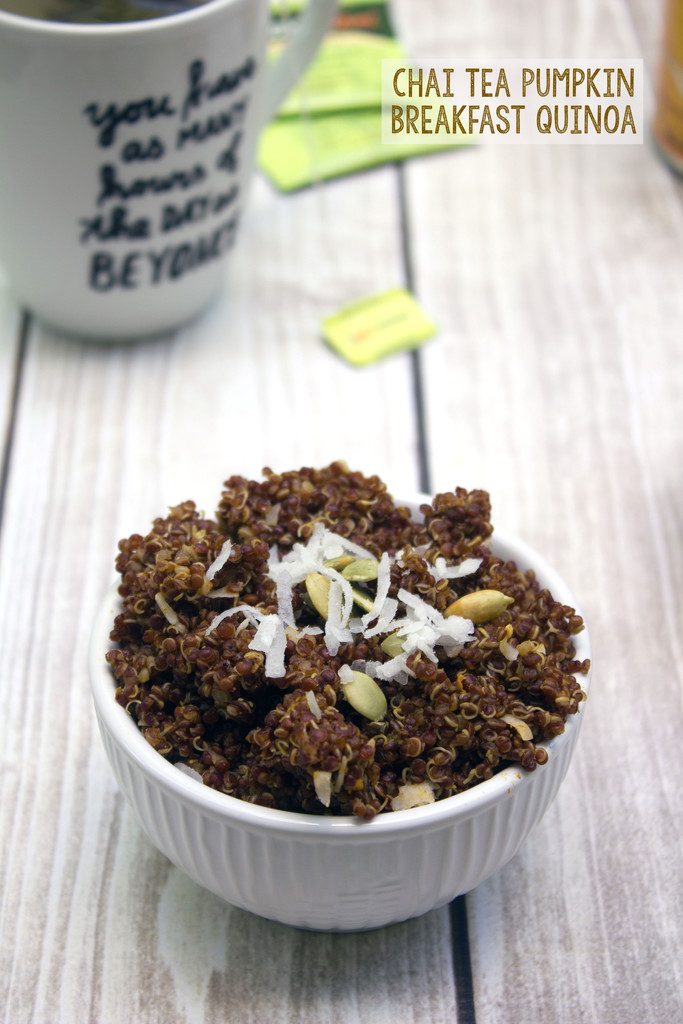 It's been about 40424 years since I last made breakfast quinoa. OK, so really, it's been eight years. But that's a long time! Especially in the world of quinoa. I mean, if you asked me how long quinoa has been a popular food, I probably would have guessed four? But clearly time is flying much faster than I'd like it to because it's been at least eight years!! And that's assuming I was eating it right when it first became popular, which I probably was not. Interestingly, in that post, I lamented that I didn't know what to do with the box of quinoa sitting in my cabinet. What did I mean I didn't know what to do with it?? But that was my very first post about quinoa (and also the first time I bought agave nectar). These days, I continue to eat a lot of quinoa and it never sticks around my cabinets for long. I just love that it makes a nice cold salad in the summer or a satisfyingly warm comfort food in the winter months.

Ever since I made steel cut oats with tea, I've had it in my head that I need to make a chai tea breakfast. I absolutely love the spice combination in chai tea and knew it would give quinoa just the pizazz it needed, especially first thing in the morning. Chai and pumpkin seem like a match in heaven (wait, why does Starbucks not make a pumpkin chai??), so I stirred in a little pumpkin, along with some extra cinnamon and coconut... Because they the heck not. 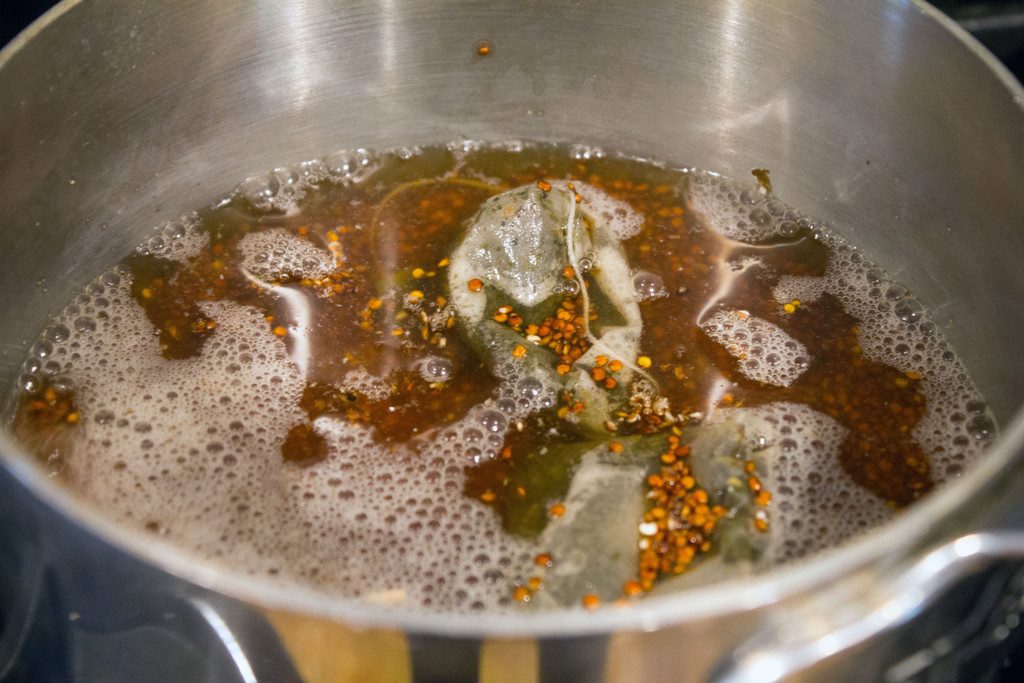 I feel like today has been the first really cold day in Boston. It was 30 degrees, which doesn't even sound that cold (compared to what we're used to!), but for some reason, it felt chilling to the bone. I'm trying my best to brave it for my dog's sake. And, you know, to go to work. But it's tough. It's also really hard to throw a tennis ball with mittens on.

If you have to leave your warm house... And most of us do, this is exactly what you want to enjoy before you do. 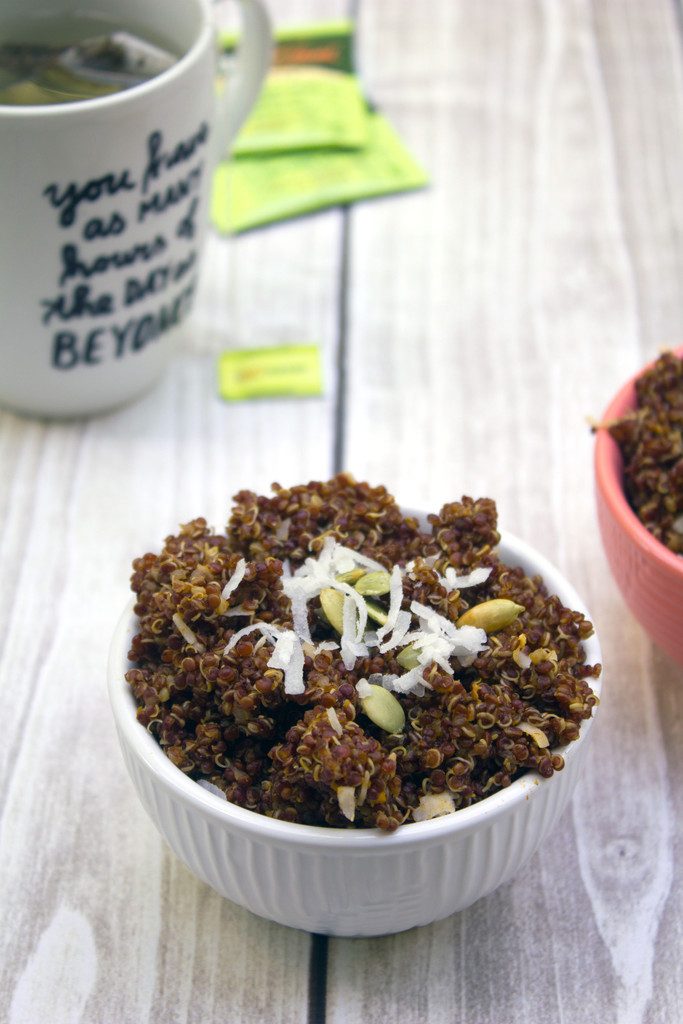 The only problem is, you're going to be so warm and comfy that you're going to have a really tough time getting up from your kitchen table or couch to put on a huge winter coat and step outside.

I guess one solution is to pack this breakfast quinoa up in a Tupperware and bring it along with you to work. And then you'll have a reward for braving the elements when you arrive. A nice warm bowl of this will certainly help your body thaw out. 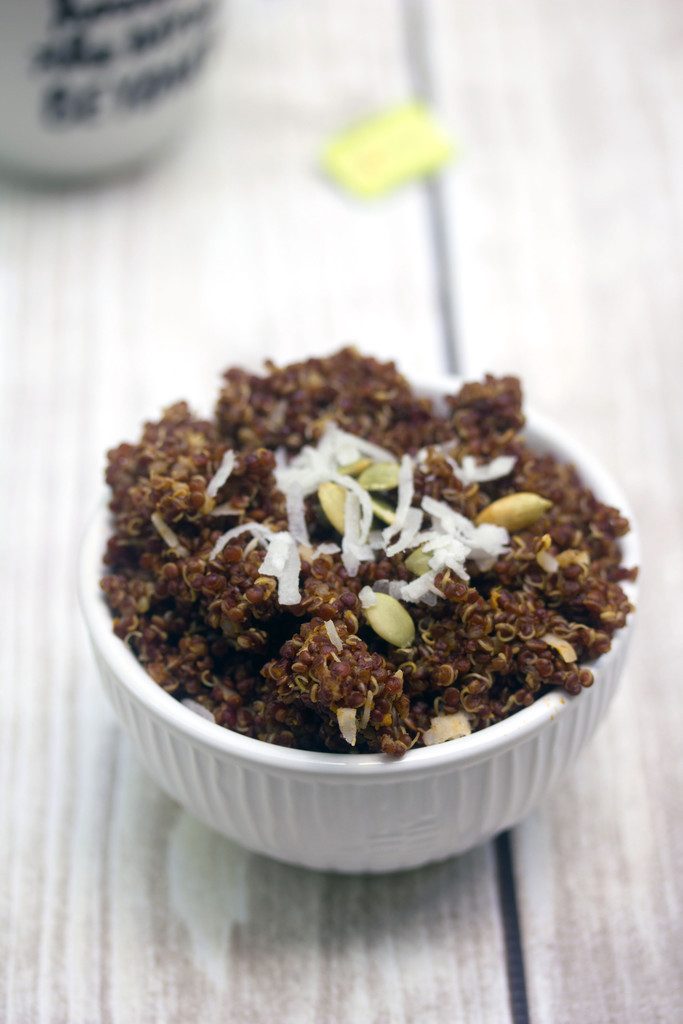 In case you're wondering, the chai flavor isn't overwhelming at all. It's subtle and in the background of the quinoa. I love drizzling a little maple syrup over the top for some added sweetness (it's maple syrup over agave for me these days!). 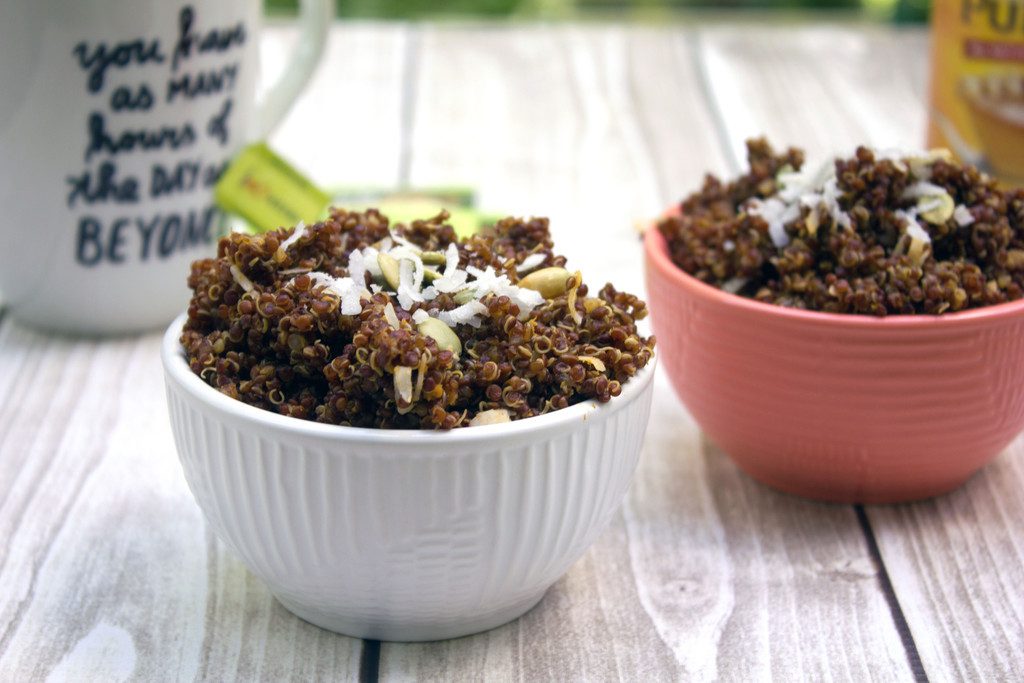 You might also be wondering about that fab mug in my photos. Julie of Posh and Prep created it a few years back and it's still one of my faves! We're now in the time of year where I drink a lot of tea. Coffee will always be my #1 boo, but evening tea is such a comfort to me. So is the Oprah Chai from Starbucks. 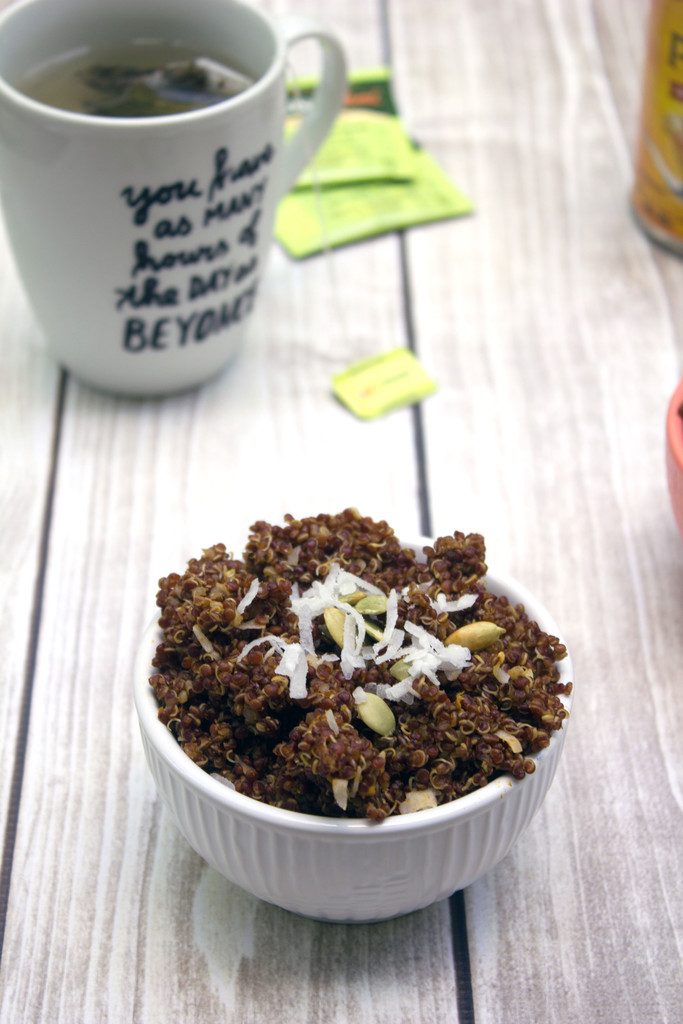 I think there's a lot of debate over when pumpkin season ends. Some say after Thanksgiving, some say after Christmas, and some say never. I do believe the pumpkin spice craze dies down right about now, but I'm all about eating pumpkin all winter long. We eat butternut squash all winter, don't we? What's the difference! 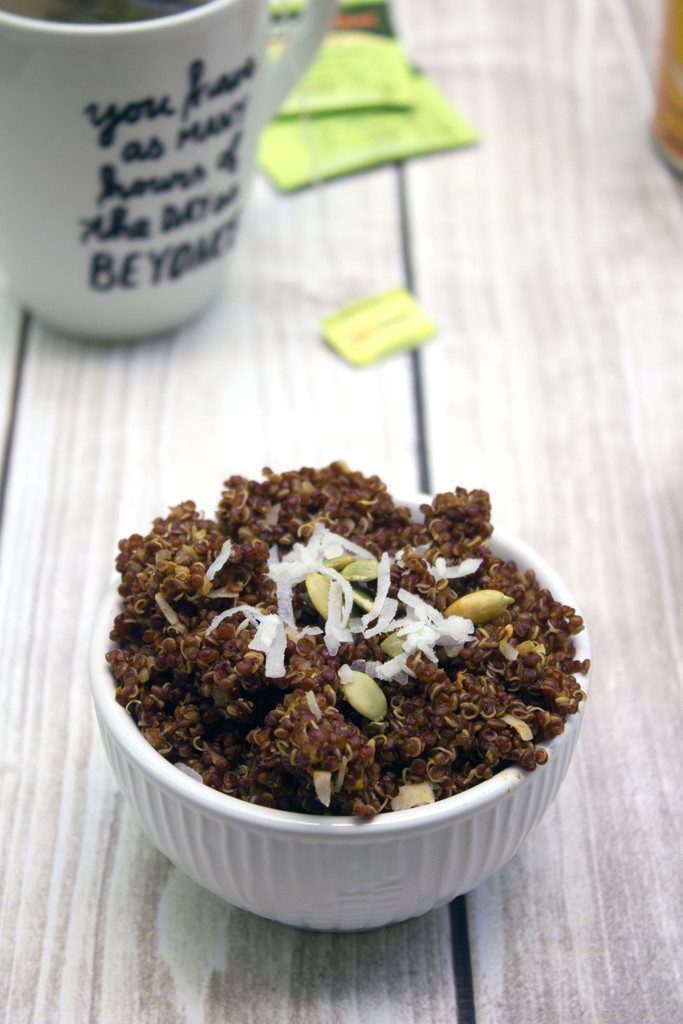 I hope that you're somewhere warm and comfy right now and getting ready for an awesome holiday weekend. Um, can you believe there are only a couple of weekends to go before Christmas? And before this year ends?? Excuse me, I'm going to go hide under my bed now.

Do you eat a hot breakfast in the morning?

Chilly mornings call for a hot comforting breakfast. This Chai Tea Pumpkin Breakfast Quinoa combines the spiciness of chai tea with hearty pumpkin and quinoa for a breakfast that will keep you satisfied all morning.
No ratings yet
Print Pin Rate
Course: Breakfast
Author: We are not Martha