This Vanilla Coconut Milkshake only involves three ingredients, but when blended together, they make for the most delectable sweet treat! 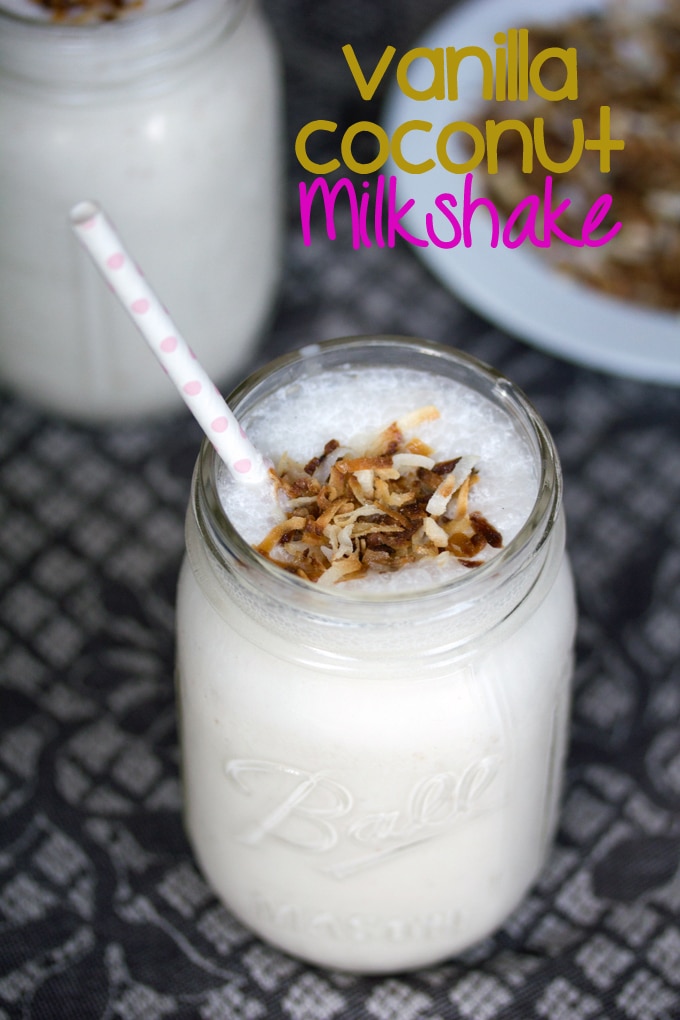 I would like to implement mandatory Milkshake Mondays. Why not, right? Just give me one perfectly good reason why not. You can't think of one, can you? Because one doesn't exist. Cocktail Friday and Milkshake Monday. But I'm pretty sure they can be interchangeable, too. As in, if you put a little bit of vodka in this and sip it on a Monday afternoon, I won't tell anyone. In fact, I'll probably be secretly proud of you. Not that I encourage bad behavior... But it is Monday. So, maybe a little bit.

This recipe is just about as easy as it can get. I didn't make my own ice cream and I used vanilla coconut milk (the kind you find in a carton in the refrigerated section of your grocery store), which means there is already tons of flavor packed in. I actually initially bought vanilla coconut milk by mistake. But the second I took a sip, I thought MILKSHAKE! So, I made a Vanilla Coconut Milkshake and it took an already delicious milk and turned it into the most decadent dessert. Which is saying a lot for a liquid dessert. Yes, adding vodka would be splendid, but have you ever heard anyone complain about an ice cream, milk, and coconut combination? Please say no. If you can't find vanilla coconut milk, plain is totally fine since you'll be using vanilla ice cream anyway.

I toasted my coconut for this recipe because toasting it really gives it an added oomph and brings out all kinds of complex flavors. The key to toasting coconut is to keep a very close eye on it as once it starts toasting, it can get golden super quickly! 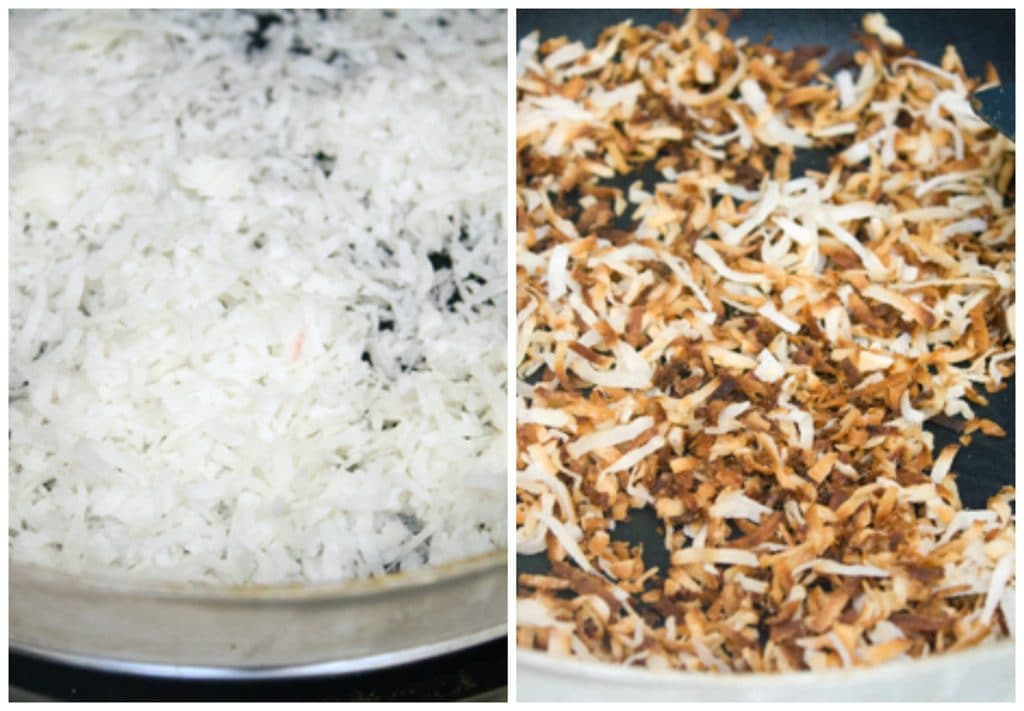 Once the coconut cools, all you have to do is add everything into a blender and blend away! 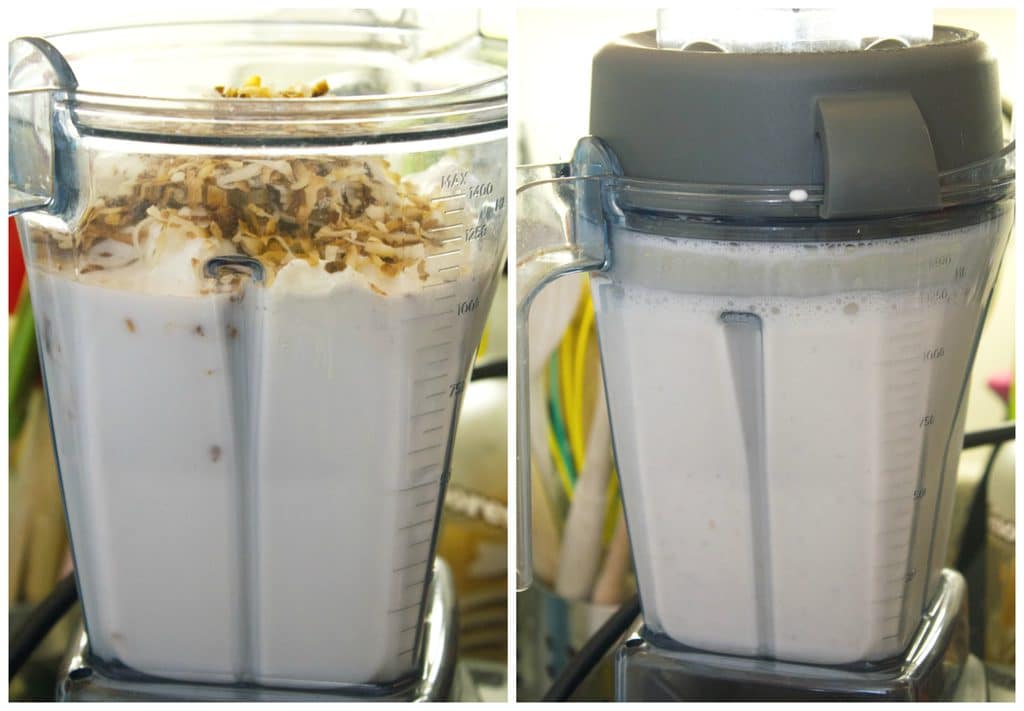 Pour the milkshake into two glasses and top with more of the toasted coconut. No such thing as too much. 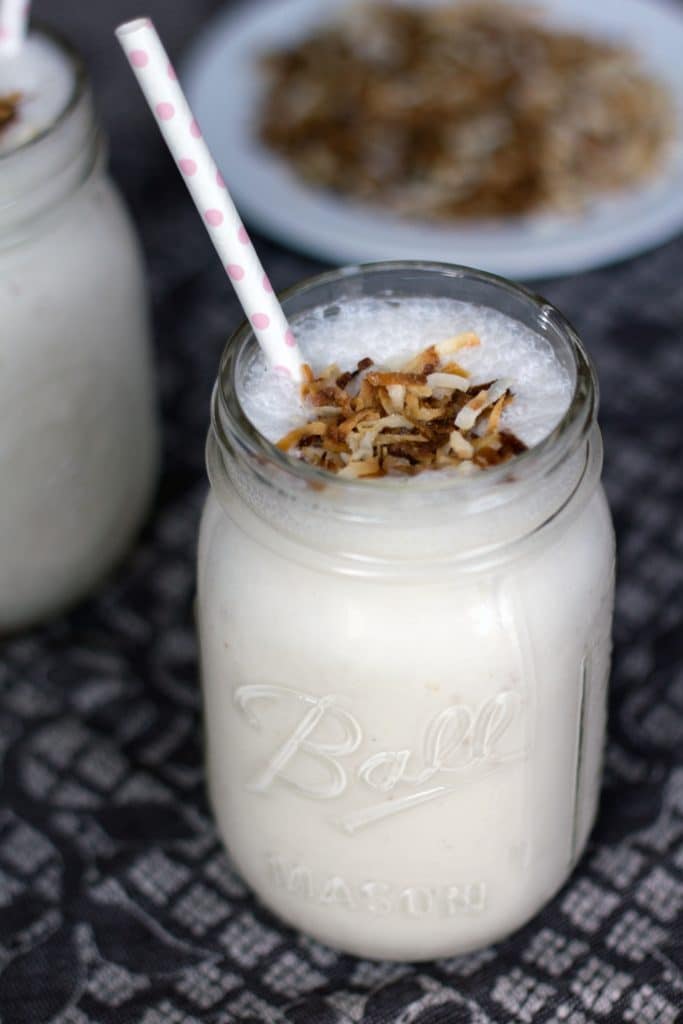 Of course, the toasted coconut would have probably looked even better if it was sitting atop a nice cloud of whipped cream. But I figured I'd try my best not to make a healthy coconut milk even more unhealthy. Plus, this vanilla coconut milkshake had enough natural froth to it, that the coconut rested quite nicely without sinking. 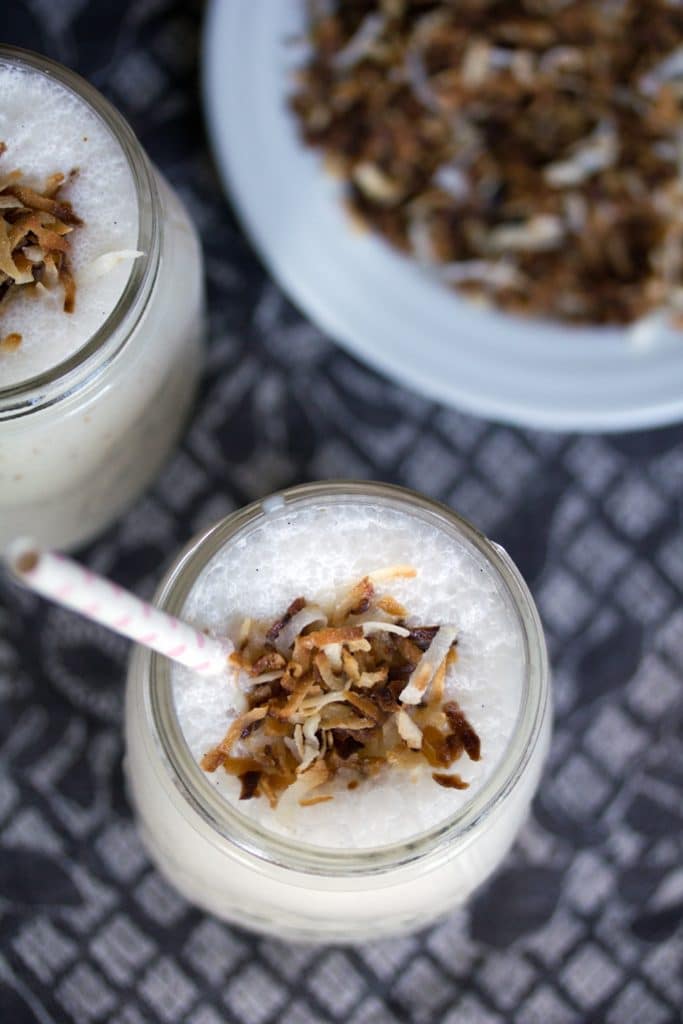 You're probably wondering how this tasted, right? Is it suffice to say I would like one of these for dessert every single day? And that it's not often my sweet tooth can be satisfied by a drink (in general, give me cake! And pie! And doughnuts!)? So yes, that is really saying something.

I'd say I also want to drink a vanilla coconut milkshake for breakfast every morning, but feel like that would probably be looked down upon, what with the ice cream and all. Perhaps if I replace with a tart frozen yogurt instead? And change the name from milkshake to smoothie? I think I'm on to something here. 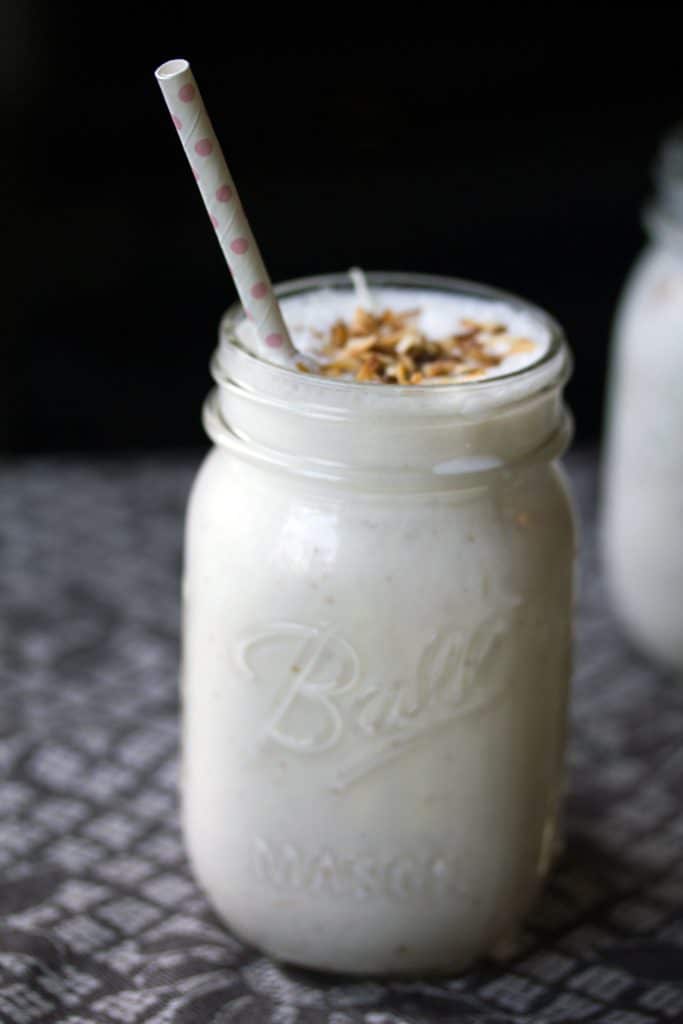 I seriously would implement Milkshake Monday on the blog if I didn't think all of my readers would vanish due to the non-stop ice cream and milk in mason jars. But the flavor options are endless and though the ingredients and prep are generally quite simple, you know this will not be the last milkshake you see from me. Sorry? Or not.

Are you a coconut lover?

If you're looking for some other fabulous milkshake recipes, be sure to check out my popular Bourbon S'mores Milkshake (truly combining Milkshake Monday and Cocktail Friday!) and my Matcha Milkshake (for a bit of a healthier take on milkshakes!). 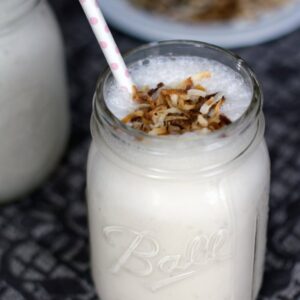