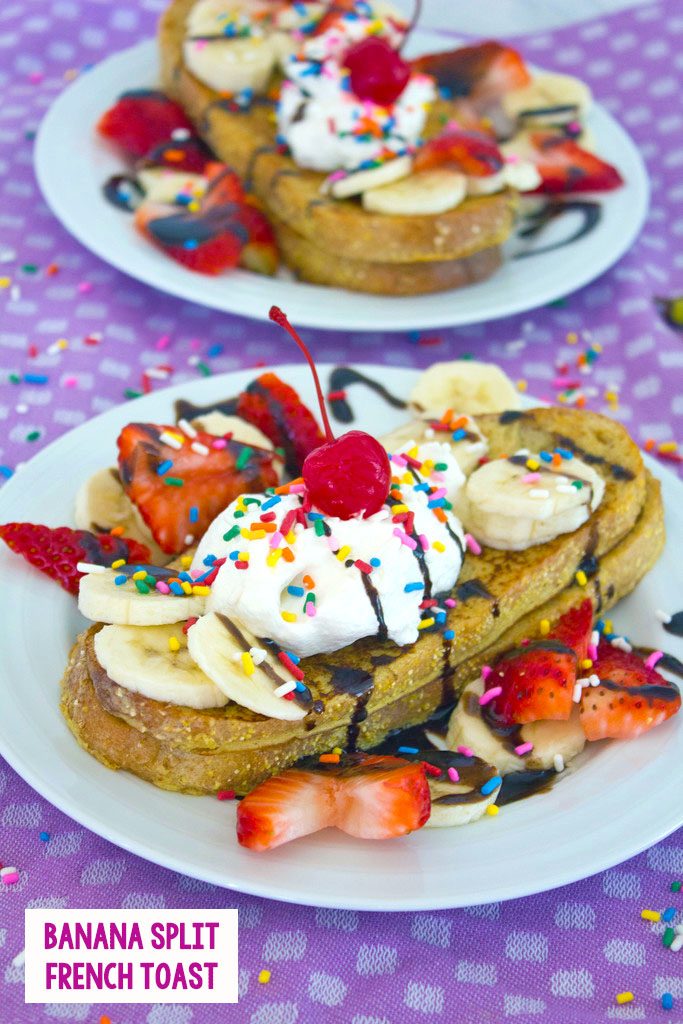 Can we all agree that banana splits are a totally underrated dessert? Though they've been around forever and are totally a thing, you never really hear people talking about them and rarely see people ordering them. Hot fudge sundaes, yes. Brownie sundaes, yes. Cone head sundaes, of course. I happen to think banana splits are a ridiculously amazing innovation, but I'm not even  sure I've ever ordered one out before. They're a little over the top and almost feel a little excessive, but really in the best way possible.

So, of course, I had to take the classic banana split and reinvent it for breakfast with this Banana Split French Toast. Because over the top and excessive is my middle name. Especially first thing in the morning. I did manage to hold myself back a little bit and didn't top the french toast with ice cream... Which is kind of a very important part of an ice cream split. But would also be a little too excessive even for me.

Instead of just making regular french toast with banana on top, I blended bananas into the milk and egg mixture that I soaked the french toast bread in. This really helped to infuse the banana flavor throughout the french toast in the most awesome way. 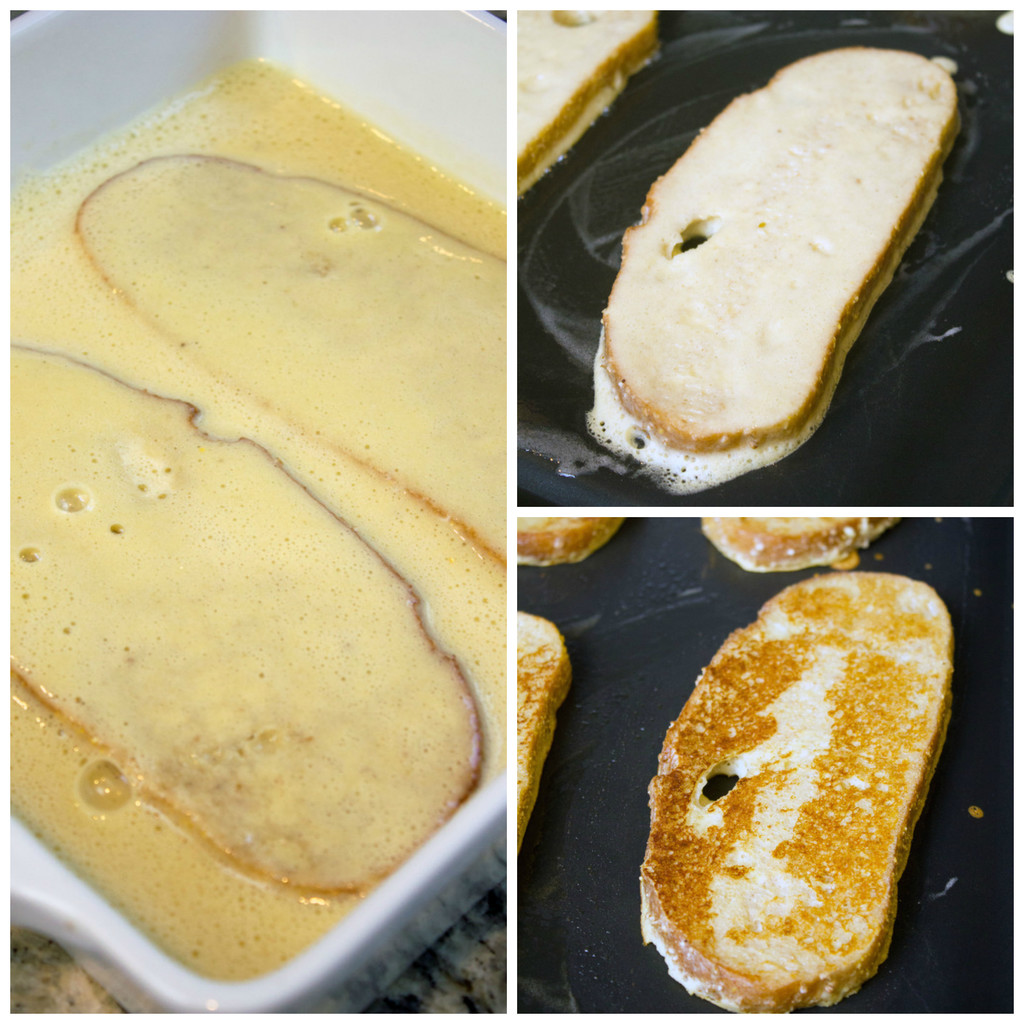 Once the french toast was made, I simply topped it with banana split favorites, including more sliced bananas, strawberries, chocolate sauce, whipped cream, and lots and lots of sprinkles. Oh, and also a cherry on top. Which in my case just happens to be a "boozy" cherry since I ran out of the regular variety. Oops. 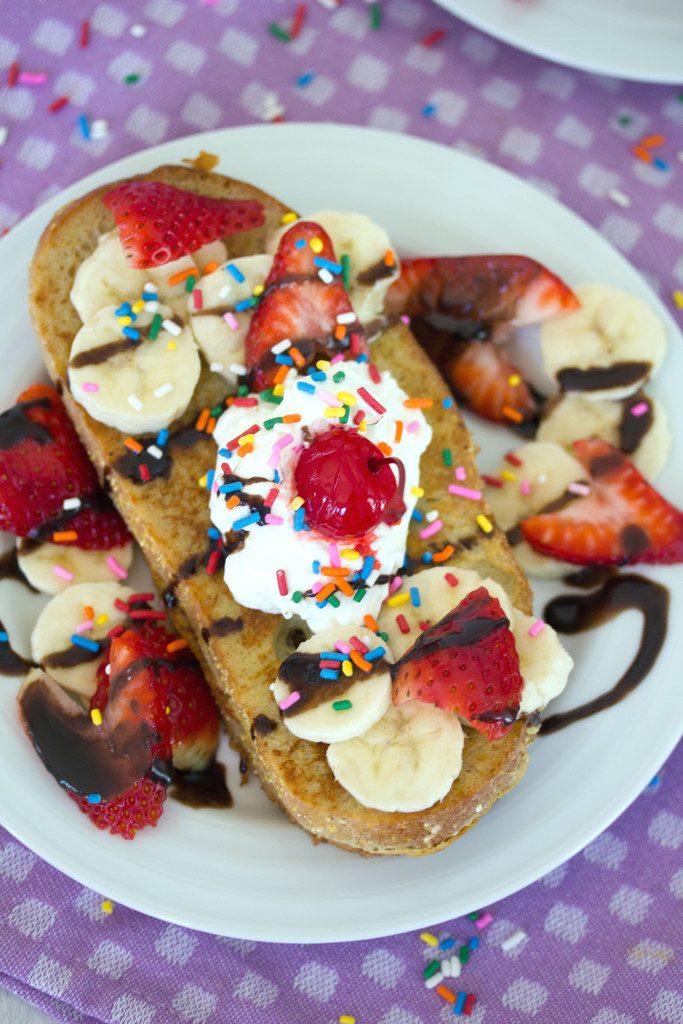 Doesn't it look like a party on a plate? To me, this is the kind of breakfast you want to wake up to on your birthday. Special and fun and rainbow sprinkle-filled. It's a special occasion breakfast that will immediately put you in the mood to celebrate.

But the thing is... for as excessive as this banana split french toast looks, it's actually not all that bad for you. Sure, there's some chocolate sauce, but really only a drizzle. And there's just a dollop of whipped cream. I made a homemade version, which consists of just heavy cream, a little sugar, and some vanilla. 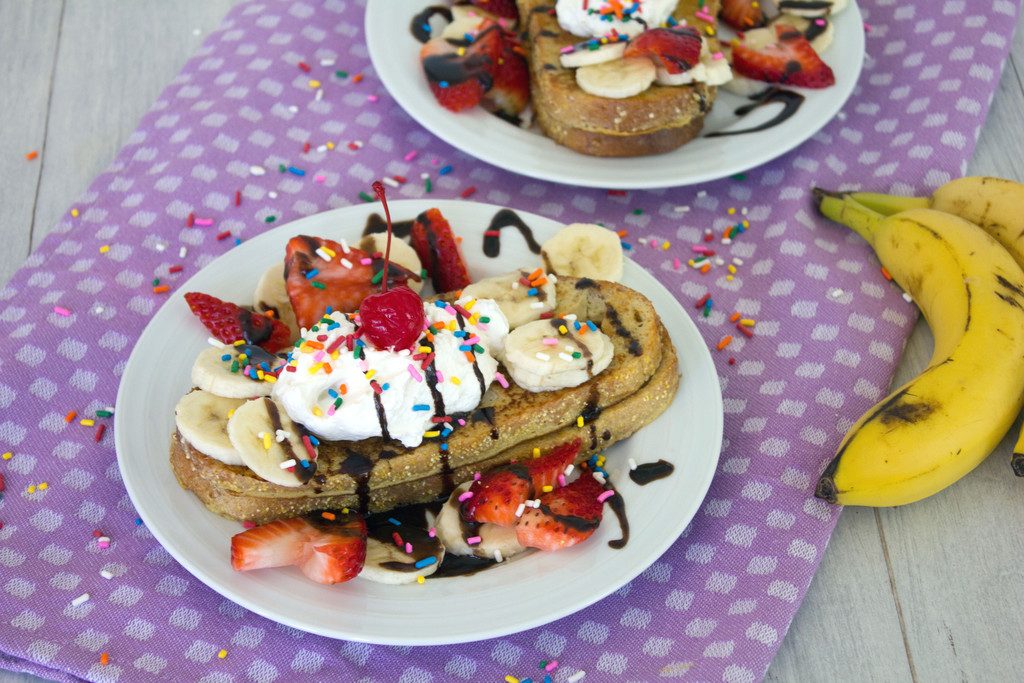 So, you can have this as a special occasion breakfast or you can make it on a Monday morning when you're trying to amp yourself up for a rough week. If there's any reason to get out of bed on a Monday morning, I'm pretty sure Banana Split French Toast is it. 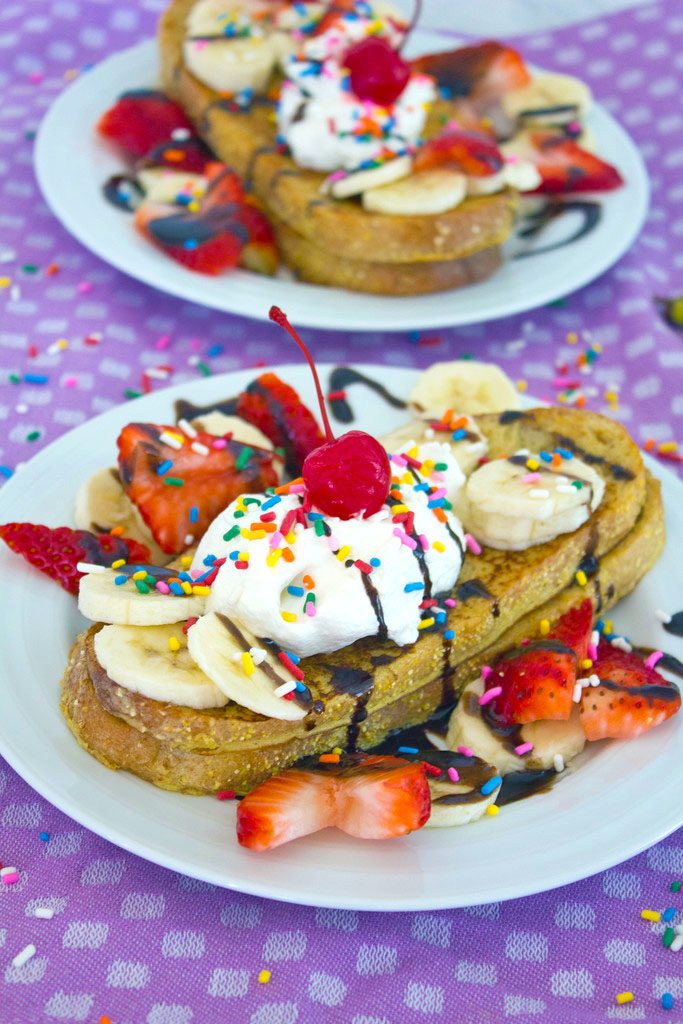 I also think this dish is going to mark the beginning of my new obsession to have rainbow sprinkles for breakfast. Remember how I recently bought 7 pounds of them? Well, they actually do have an expiration date... Which means you'll likely be seeing a whole lot of sprinkles on my blog in the coming days. Sorry not sorry. 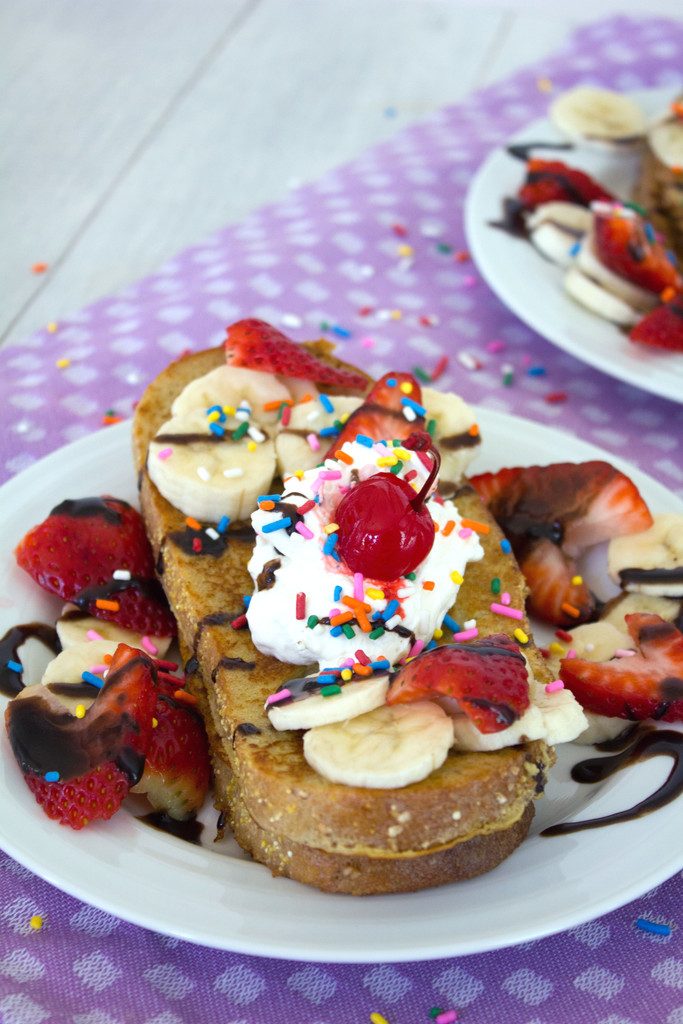 I'm totally bringing banana splits back. And loving every minute of it.

What classic dessert would you turn into a breakfast food?

If you're looking for more fun banana split treats, check out my Bubble Waffle Banana Split Tacos and my Banana Split Cookies. I'm also really excited about this Cinnamon Roll French Toast Casserole from Tipps in the Kitchen. 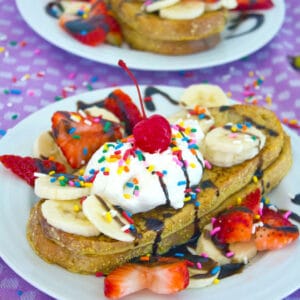