Yes, I know you can just pour Cinnamon Toast Crunch in a bowl with some milk and eat it. And yes, I also know you can go to the store and purchase a nice big bag of granola.

Does it make Cinnamon Toast Crunch healthier? Well, let's just say it adds some additional health benefits to it, thanks you old-fashioned oats, wheat germ, and walnuts. Of course, I also added in a splash of maple syrup.

The wonderful thing about granola is that you can really add in whatever you want, so feel free to make any substitutions. Just try to keep the total amount of dry ingredients relatively the same as listed or you'll want to increase or decrease wet ingredients depending.

For this Cinnamon Toast Crunch granola, I used:

Like most granola recipes, this one is super easy to make. Pre-heat oven to 275 degrees and line a baking sheet with parchment paper.

And simply combine all the dry ingredients (cereal, oats, wheat germ, and walnuts) in a big bowl.

In a smaller bowl, mix together the maple syrup, canola oil, vanilla, cinnamon, and salt.

Put the egg white into a separate small bowl and whisk it for about 30 seconds until it gets nice and frothy. Then stir it into the bowl with the wet ingredients.

Now, pour the wet mixture and toss to coat well.

Spread mixture in an even layer on the prepared baking sheet.

And bake for 40 minutes, rotating the pan halfway through baking time, until the granola is getting golden and is crispy.

Let the granola cool in the pan completely before you break it up. Then you can store it in airtight containers... Or just dig in!

So basically, I just took cereal and made it into a different kind of cereal. But, like a way better cereal. One that's heartier and much more satisfying than plain old Cinnamon Toast Crunch.

I'm perfectly happy eating this right out of the jar as a snack, but Cinnamon Toast Crunch granola is also pretty fabulous as a granola topping (I recommend vanilla yogurt) or in a bowl with a little bit of milk.

Like I mentioned, this granola is pretty versatile in that you can swap out or add in any ingredients you choose. Whether you prefer almonds to walnuts or don't want nuts involved at all, it's totally up to you!

CTC obviously has lots of cinnamon flavor in general, but with the addition of ground cinnamon and maple syrup, this granola is warm and cozy and perfect for the impending chilly weather.

And it goes perfectly well with your morning coffee.

What's your dream flavor of granola?

If you're looking for more delicious granola recipes, check out my Cherry Vanilla Granola and my Fruity Granola. I also can't wait to try this Rosemary Peach Granola from Cashews and Quinoa! 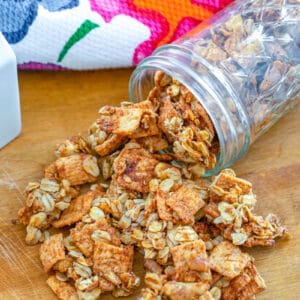 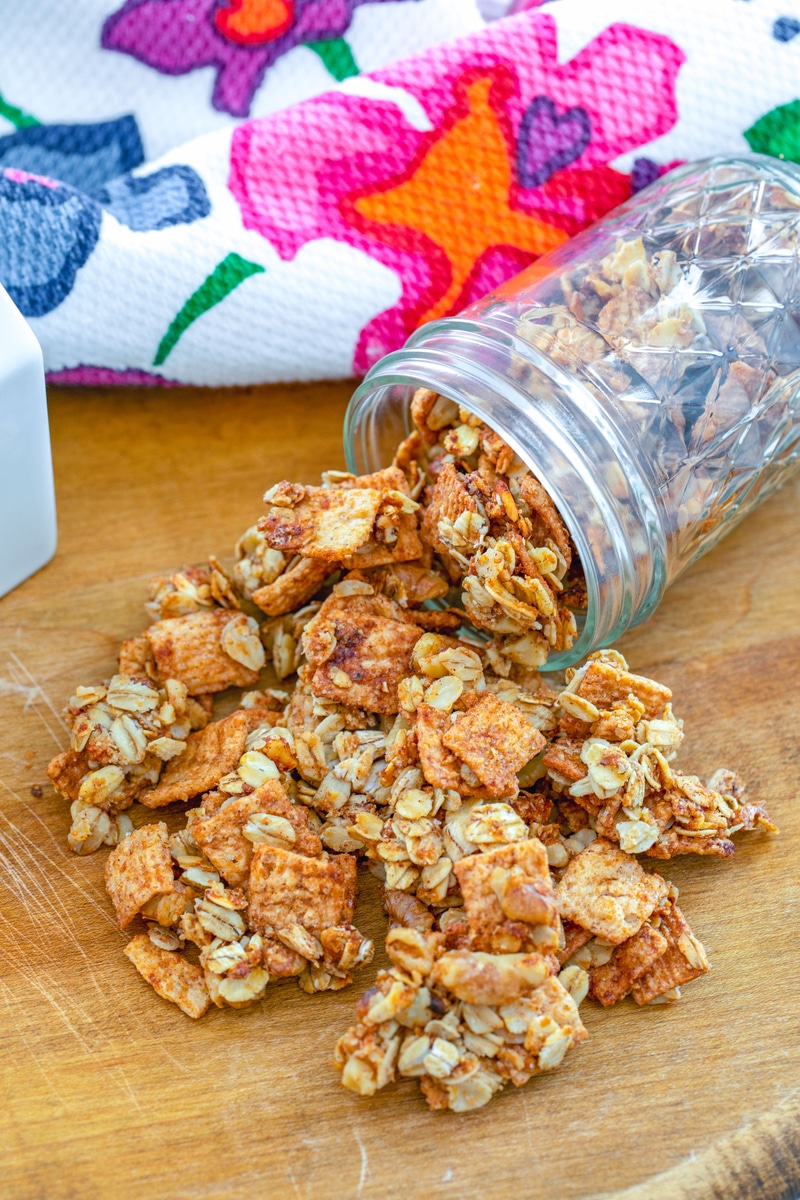