Looking for a ridiculously rich and fudgy brownie recipe? These Chocolate Stout Brownies are the most decadent brownies I've ever had!

(This recipe for Chocolate Stout Brownies was originally published in January 2011, but was updated with new photos in 2020).

On New Year's Eve morning, I told Chris to pick out a dessert for the evening. See, I love cooking and baking but sometimes I hate coming up with ideas for what to cook or bake. I went and took a shower and when I came back, he showed me a recipe for Young's Double Chocolate Stout Brownies.

Obviously he would pick a dessert involving beer, right? But we're both big fans of Young's Double Chocolate Stout and it was definitely a dessert I could get behind.

I'm also terrible at math and so, I just figured out a way to make this recipe work for me and ended up with the best fudgy brownies ever!

How to Make the Best Brownies Ever

All of that chocolate, plus the beer, plus the small amount of flour results in the most fudgy brownies you've ever had. Pure heaven.

Have you tried chocolate stout before? It's the kind of beer that even people who don't like beer enjoy. It has a light chocolate flavor and isn't hoppy at all and is a good introduction beer for anyone who may be apprehensive. Young's Double Chocolate Stout is my go-to chocolate stout!

This chocolate stout brownie recipe is super easy, requiring only a few steps. Start by pre-heating your oven to 350 degrees and lining an 8x8 baking pan with parchment paper.

Then you'll want to pour the chocolate stout into a measuring cup and set it aside to let the foam settle.

Get out your double boiler or build a makeshift one like I do (just bring a pot of water water to a gentle simmer and place a heat-safe bowl over it. Make sure the bowl fits tightly so no steam can escape).

Place the chocolate in the bowl with the butter and stir until melted.

Remove from heat and using a hand mixer, beat in the sugar. Now, set the bowl aside and allow the mixture to cool to lukewarm.

In a separate medium bowl, whisk together the flour and cocoa powder.

Once the chocolate mixture is lukewarm, beat in the eggs until the mixture looks glossy. Then stir in the chocolate stout. And fold in the flour/cocoa mixture.

Take care not to over-mix, but if you have to use the hand mixer for a minute to get rid of lumps, that's fine.

Now pour the brownie batter into your prepared pan.

And pop it in the oven for 20-24 minutes until a toothpick stuck into the center comes out sticky, but not wet.

Let the brownies cool in the pan before removing and cutting into 16 squares. To add some "fancy," sprinkle some confectioners' sugar over the top.

And let yourself marvel at how these chocolate stout brownies are more like pure fudge than brownies. In the best way possible.

Make sure you have a glass of cold chocolate beer ready to drink along with your brownies. OK, fine champagne will do, too, especially if it's New Year's Eve.

Oh yes, the chocolate stout brownies. WOW. If you've long been on a search for the best fudgy brownies, your search is now over. You have found them. They are these.

The chocolate stout definitely isn't overpowering in the brownies, but you can tell it's there. In the best way possible.

To get 16 squares, you cut these brownies pretty small, but just a small square is all you need to feel perfectly satisfied and happy. Trust me.

Now that I have these chocolate stout brownies in my life, I never want to make another brownie recipe again. I have found brownie bliss and I am at peace.

Though I think these are the best fudgy brownies ever, I have lots of brownie recipes I love for many different reasons. Here are some of my favorites:

Do you have a brownie recipe you love? 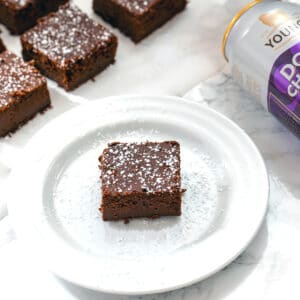 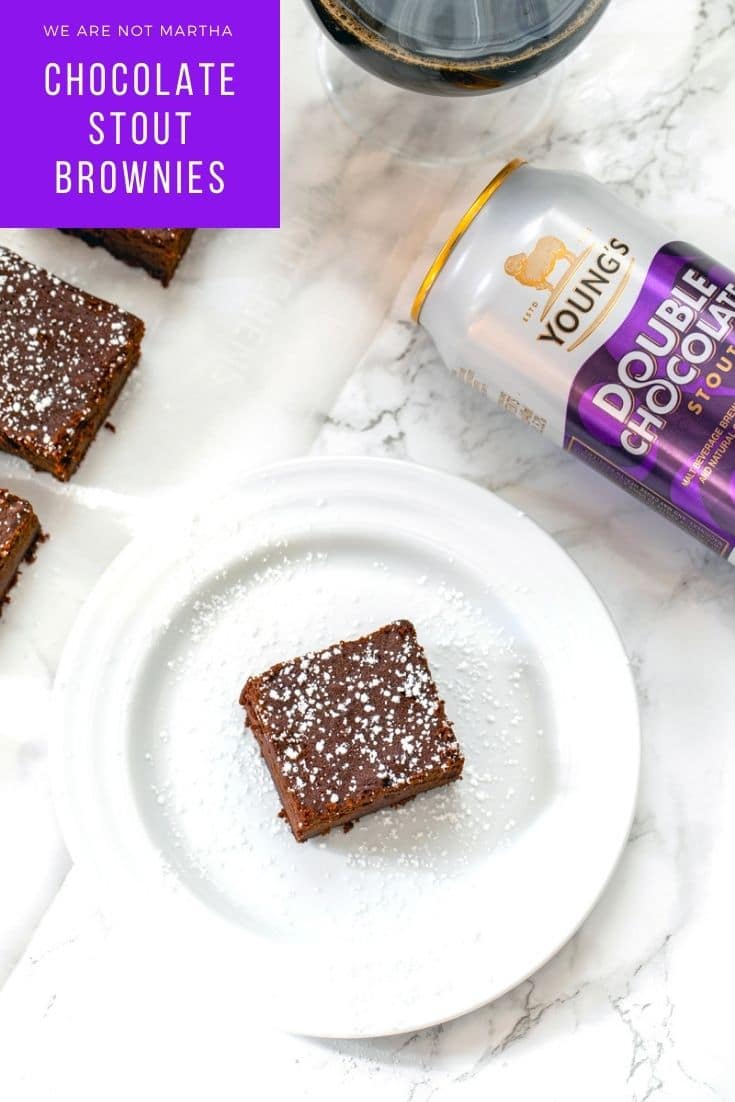