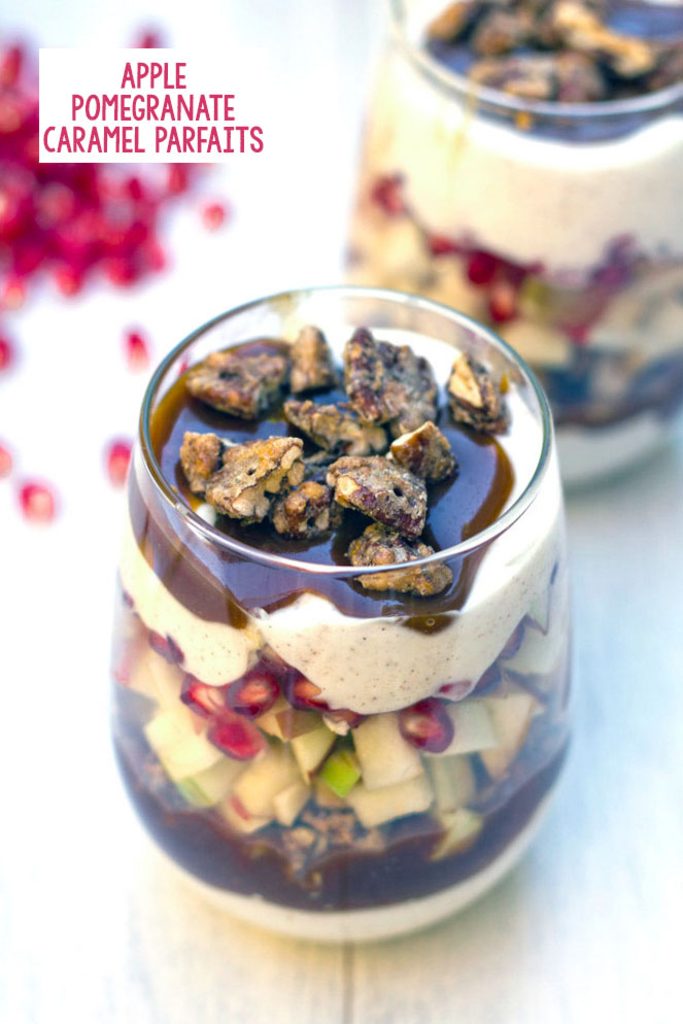 Do you ever feel like you’re maybe going just a little bit crazy? Like, not full-blown I can’t function on a daily basis crazy, but just a liiiitle bit crazy. I made these glorious Apple Pomegranate Caramel Parfaits the other day. They involve a healthy helping of cinnamon Greek yogurt and cinnamon sugar pecans for crunch… And thank goodness they did.

Because while I was browsing WAMN looking for a totally different recipe, I realized that I made something very similar (at least in name) back in 2011. Um, OK? Why do I have absolutely zero recollection of this?? Am I really that old that I can’t remember things like this? Even when I re-read the post, I legitimately don’t really remember making them.

Luckily, those parfaits, though they share basically the same name, are actually quite different in that they have scoops of homemade whipped cream instead of Greek yogurt… And no crunchy sweet pecans.

I guess the apple and pomegranate combination is super appealing to me and has been for a couple years.

SO, what are these yogurt parfaits all about? First you’re going to mix the Greek yogurt with a little cinnamon and sugar. And then you’re going to layer it in a glass with homemade apple cider caramel, homemade cinnamon sugar pecans, chopped apples, and pomegranate arils.

All those layers of fall goodness make me so happy! 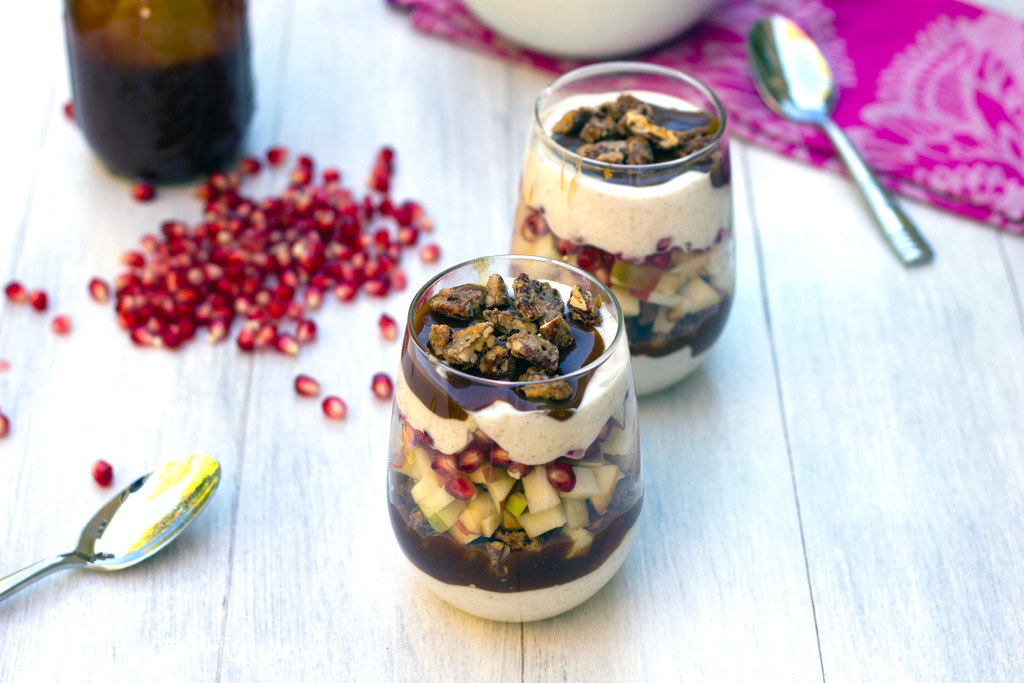 All those antioxidants in the pomegranate arils totally make up for the sugar in the caramel. Promise.

Plus, you can leave the apple cider caramel out or just drizzle it on sparingly if you’re eating this first thing in the morning. Also note that if you don’t want to make your own caramel or just don’t have the time, you can always use store-bought. You can use store-bought candied pecans, too. 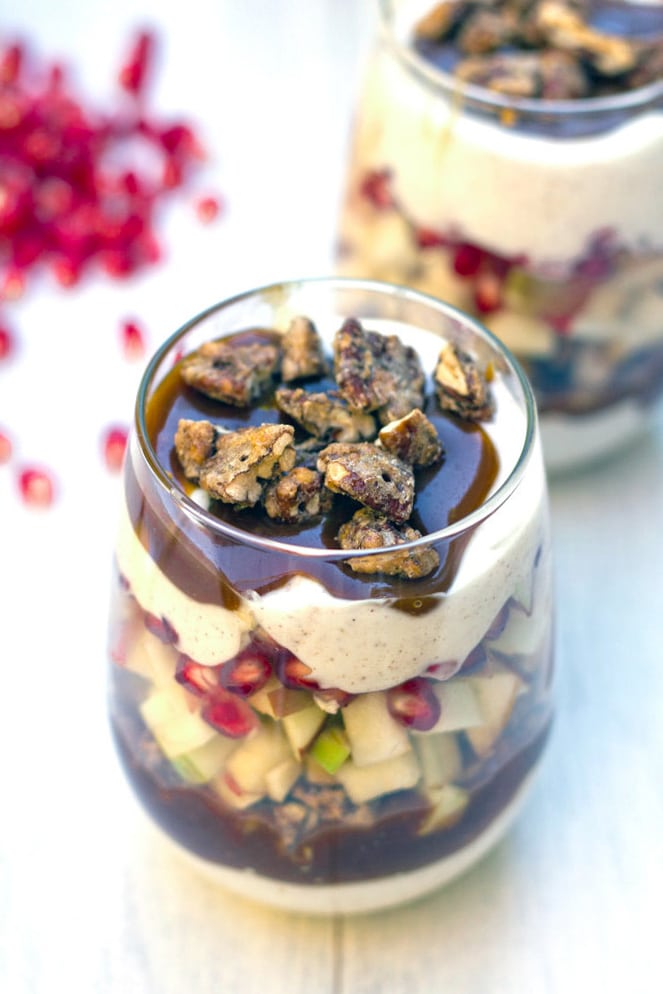 I guess if this is what going crazy is, I’m pretty OK with that. In fact, maybe I’ll conveniently forget those 4 slices of pizza I ate for dinner last night and do it again tonight. Oooops. What are you talking about I already had a bowl of ice cream? I think  you’re the crazy one! 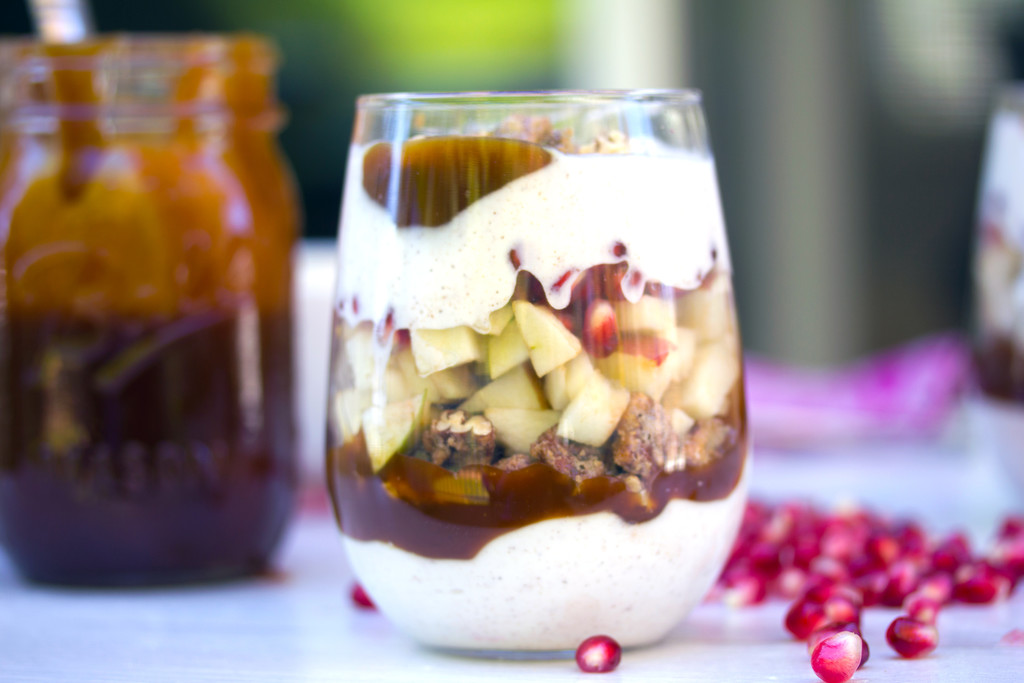 Can’t say I blame myself… And at least I’m getting some bonus calcium with these yogurt parfaits!

Have you had moments where you feel like you’re going a little bit crazy? 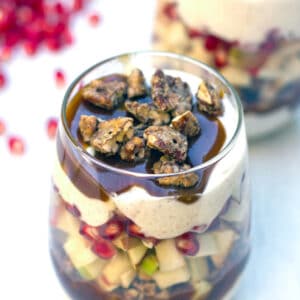