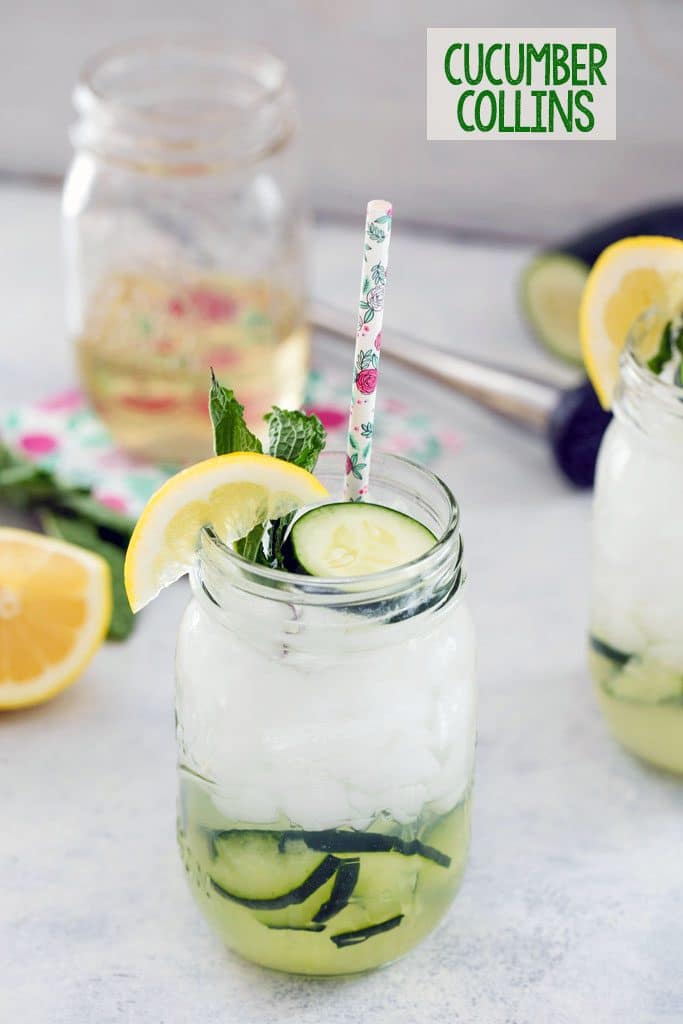 Adding cucumbers to cocktails seems to be a pretty divisive issue. Most people seem to either love cucumber cocktails or hate them. Just like on the cilantro debate (talk about divisive!), I somehow land right in the middle. I like it, but don't go crazy for it and generally don't like too much of it. But when it comes to this cucumber collins cocktail? I am all in. 100%. Give me a pitcher and call it a day.

WHY ADD CUCUMBERS TO COCKTAILS?

Some people think adding vegetable to cocktails is totally weird. As someone who has made several cocktails with tomatoes (and I'm not talking about the juice), I am clearly a fan of vegetables in cocktails. Then again, cucumbers and tomatoes are both technically fruits! Anyway, when it comes to cucumbers being added to drinks, there's a big reason why it's a fabulous idea: Cucumbers are refreshing! That's exactly why they serve cucumber water at so many spas. But there are actually lots of health benefits to cucumbers, including the fact that they have antioxidants, they help hydrate you, and they're good for your skin and muscles.

But let's be real... the only thing that really matters for this recipe is that cucumbers taste delicious in cocktails!

WHAT IS A TOM COLLINS?

And now you're probably wondering "what the heck is a cucumber collins?" Well, first you need to know what a tom collins is! A tom collins is a classic cocktail that consists of gin, lemon juice, sugar, and carbonated water. Some people even call it a "gin and sparkling lemonade," which sounds just delicious, right? All of those ingredients can be found in this cucumber cocktail recipe, plus one... Cucumber!

There are even special glasses for tom collins, called collins glasses. They're tall and straight and super similar to highball glasses, but a little bit narrower and taller. A lot of times you see mojitos in collins glasses.

I made this cucumber collins in a mason jar instead of a collins glass for a summery twist. I promise it will be delicious  no matter what kind of glass you serve it in!

Like I mentioned, the ingredients for this cucumber collins are pretty standard Tom Collins ingredients, plus some cucumber slices! You'll start by muddling the cucumber, lemon juice, and simple syrup in the bottom of your glass until the cucumbers a re a bit crushed and juices have released. 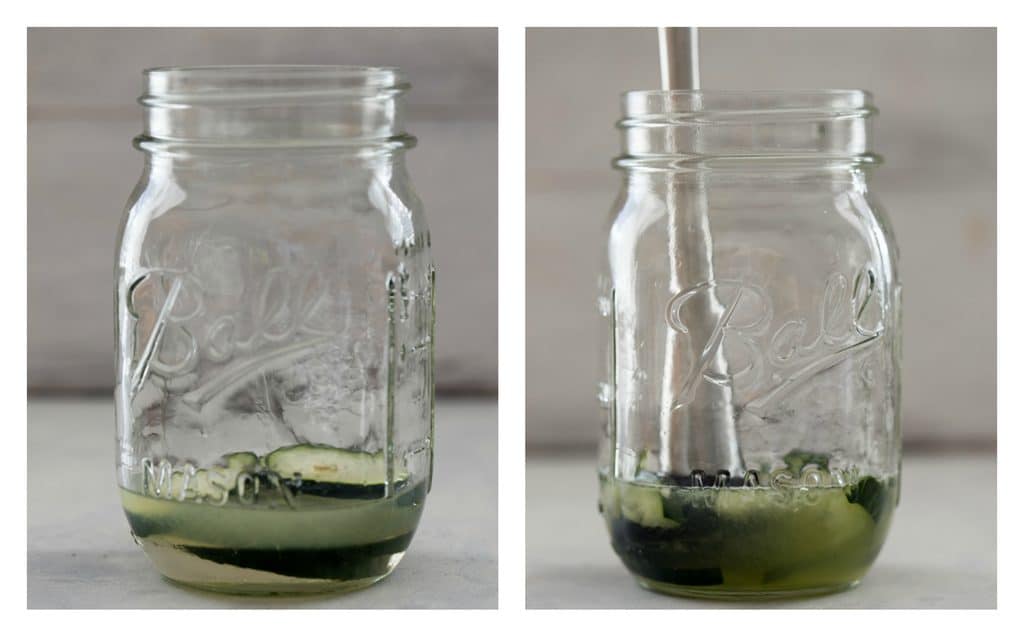 Then you'll stir in the gin and add plenty of ice, before topping off with soda water.

Add another cucumber slice, sprig of mint, and a lemon wedge for garnish. 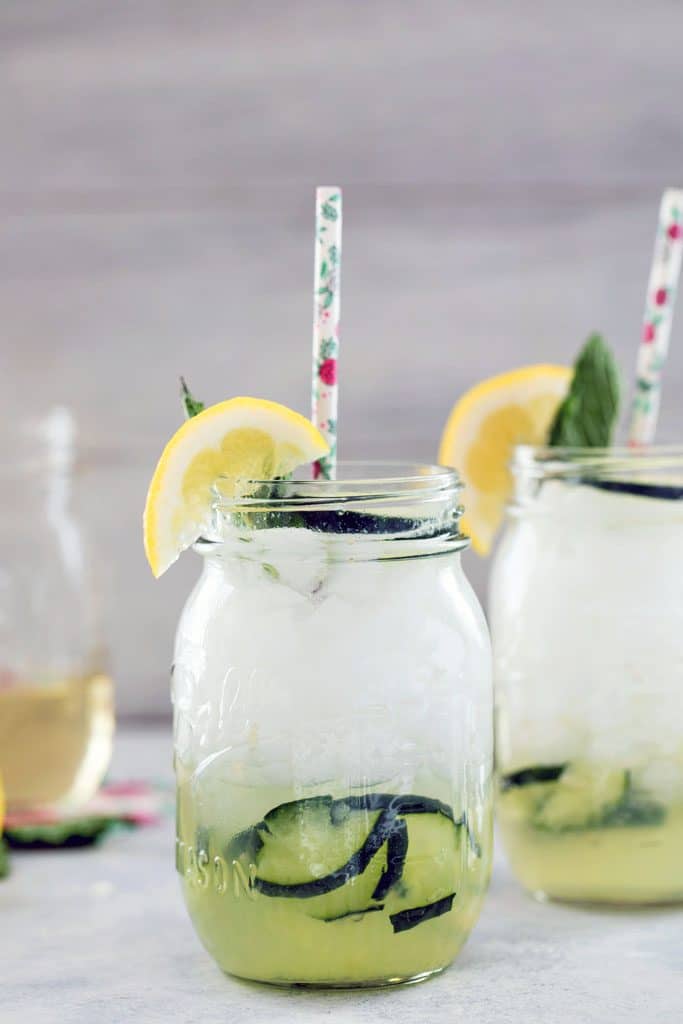 If you're not a fan of all that extra roughage in your cocktail, you can definitely make this cocktail in a shaker and strain it into an ice-filled glass. But if you're drinking it with a straw, you shouldn't have any problems with the muddled cucumbers in the glass! It is a cucumber cocktail after all! 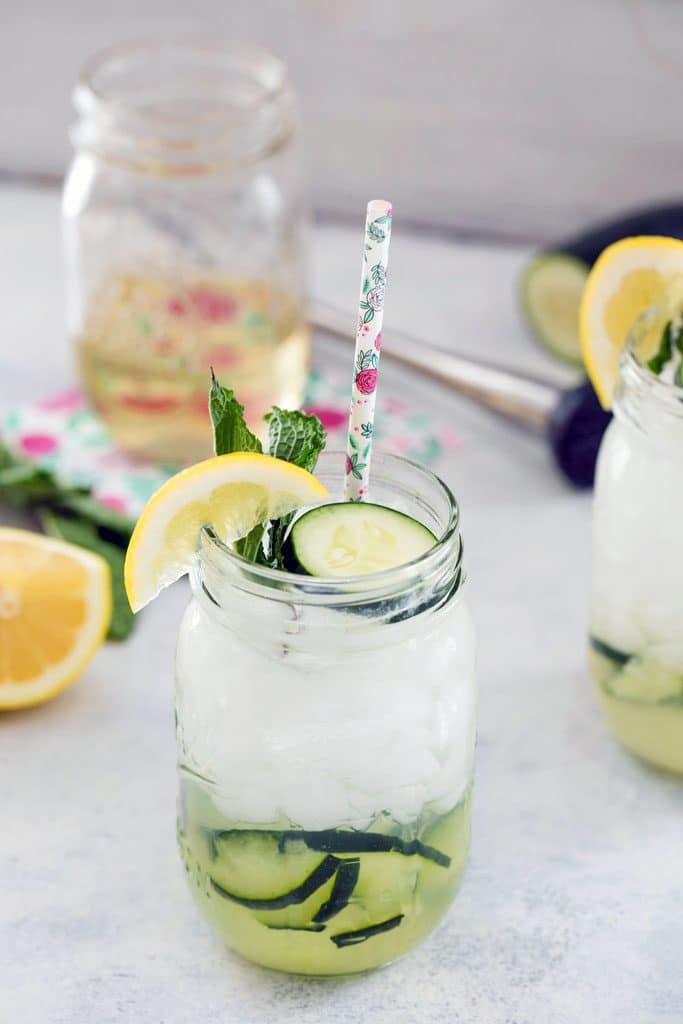 Easy to sip, crisp, light, and refreshing, the cucumber collins will surely become one of your go-to summer drinks. Plus, it's probably one of the easiest ways to beat the heat, too. 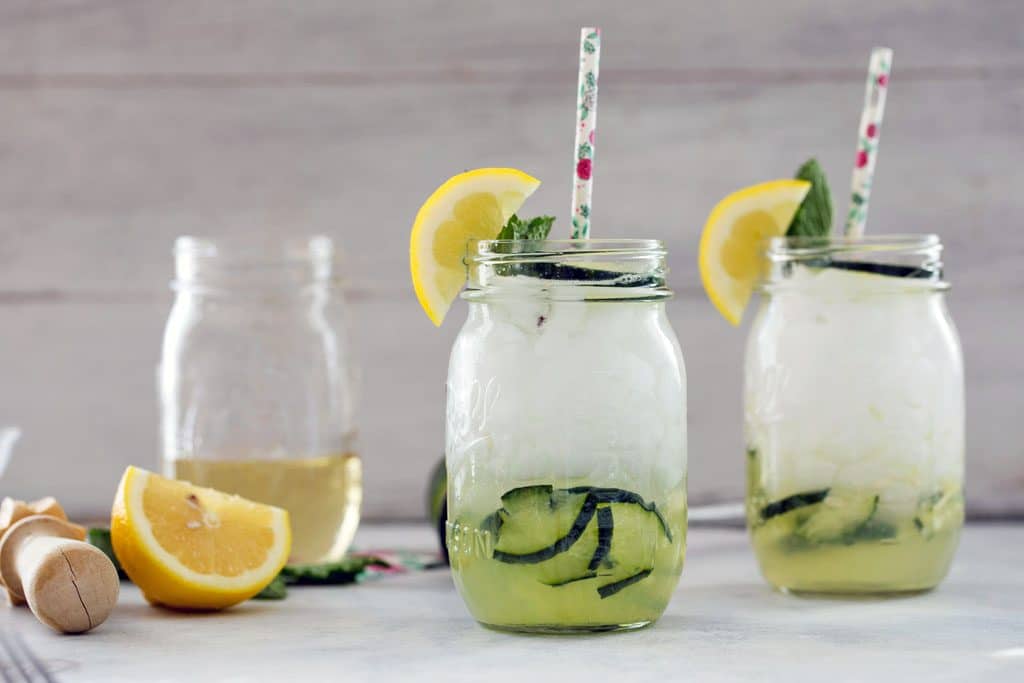 If you love this cocktail recipe, be sure to check out my Key Lime Pie Mojitos and my Pear Old Cubans. I also love this Cucumber Martini with Melon and Mint from Sip and Feast! 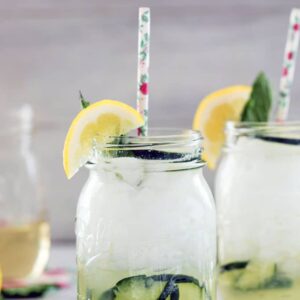