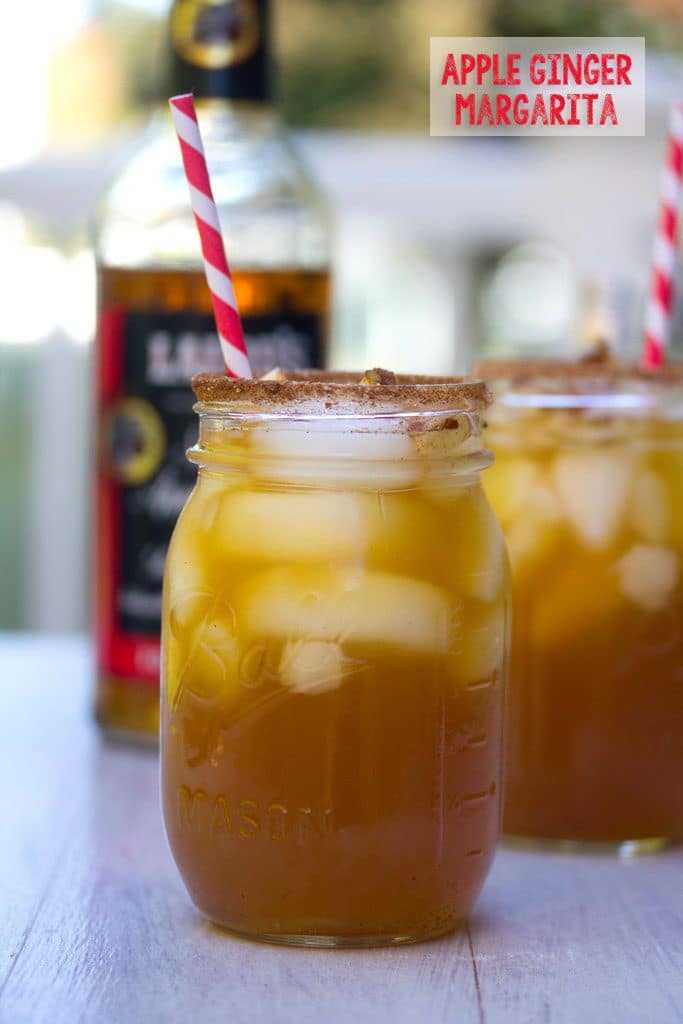 Welcome to another edition of Cocktail Monday. You see, I’m in a bit of a predicament over here. I have WAY too many fall and Thanksgiving type recipes and only like a couple days to post them. Don’t get me wrong, I’m pretty proud of myself for having an arsenal of recipe made. I’m just not so proud of myself for legit falling asleep at my computer every night, sometimes with just five words written on an otherwise blank document. Especially on Friday nights. Not only does that in itself necessitate a cocktail, but also... this cocktail would be perfect for your Thanksgiving celebration.

We have a lot to celebrate this week. The best holiday ever is happening! And only three days of work!! And lots of Internet shopping!! Pajamas!! So, so much pajama time. Wait, did I mention the food? One of my “jobs” is to bring the cocktails (best job ever). If that’s your job, too, I’d like to highly recommend this Apple Ginger Margarita. It’s everything you’d want in a margarita… But perfect for the Thanksgiving season. Margaritas generally make me wish I was sitting on the beach somewhere, but this one makes me wish I was sitting around the Thanksgiving dinner table. That’s a pretty realistic wish to come true this time of year, so I’m going with it.

I didn’t take a single photo of this cocktail-making process. It must have been because it was so ridiculously simple. Just trust me on that. Then again, I could (and maybe do?) make simple syrup in my sleep, I’ve made it so many times before. If there was such a thing as simple syrup addiction, I’d actually be kind of worried about myself. But I’m going to argue that it’s totally different than a sugar addiction and just let myself continue down the path of self-destruction. It’s not like I’m drinking it with a straw or anything, right?? But really, who knows what I do in my sleep.

Anyway, this ginger simple syrup will take you 10 minutes to do. But with only about 1 minute of actually doing anything. All you have to do is bring the sugar, water, and ginger to a boil, lower the heat to a simmer, and let simmer for about 10 minutes. Remove mixture from heat, strain ginger out, and pour into a jar or bowl. Let cool. And try not to drink it with a straw.

Fill the glasses with some ice and then put more ice into a cocktail shaker. Also add the half the apple cider, ginger simple syrup,  tequila, and apple brandy and shake. Pour the apple margarita into a glass. Repeat for the second drink. If you’re in the mood, I recommend topping with some chopped apples and sprinkling a little more cinnamon over the top. 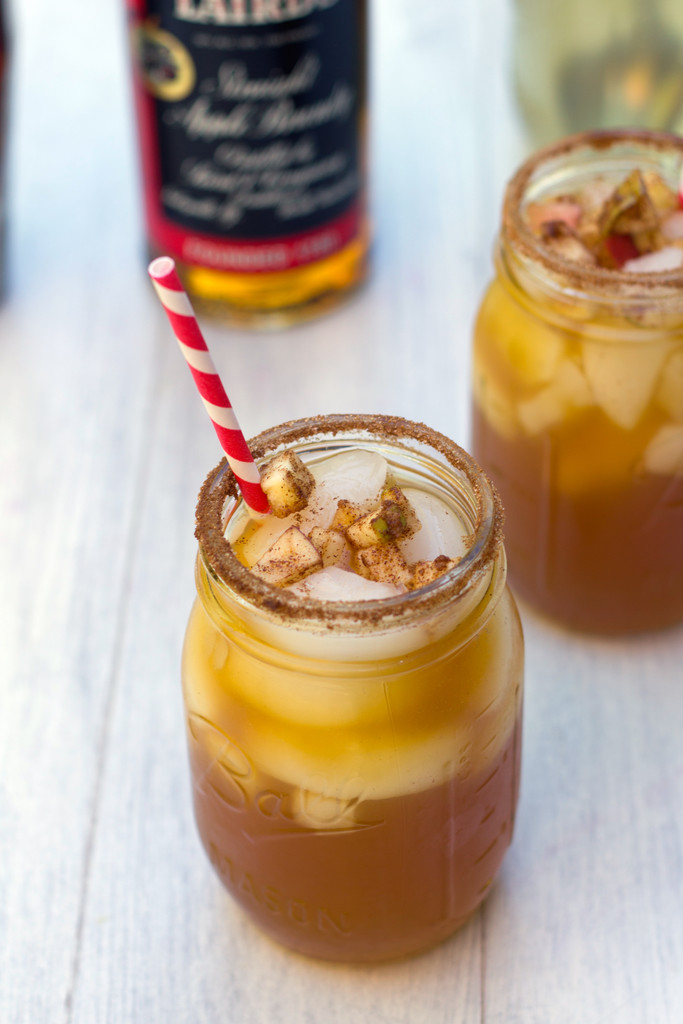 For all the apple recipes I posted this season, I’m honestly sad about how little apple cider I drank. Now I’m nervous I’m going to spend the next 8 months seriously depressed that I didn’t take full advantage of this season. Does that mean I need to make these apple margaritas 14 more times within the next week? Probably. 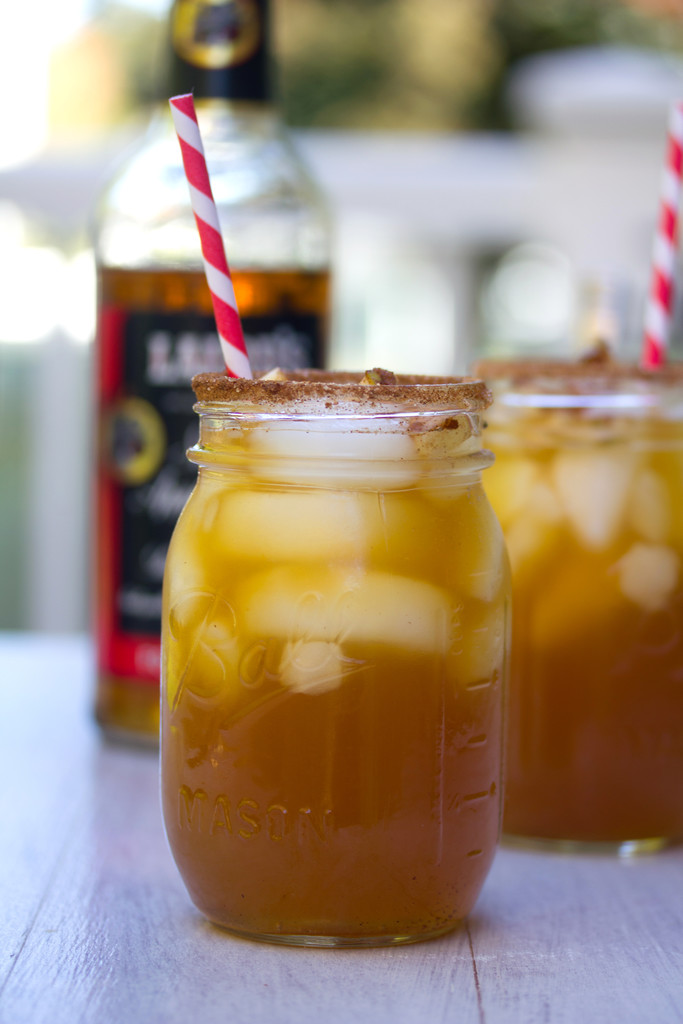 Apple Brandy is also going down as one of my best new discoveries of 2014. I’m sure it will be back with a vengeance in 2015. Does 2015 look weird to you? Since I do so much planning at work, I’m actually having a hard time not writing it. But that doesn’t mean it’s not totally weird-sounding. It also means I graduated from college 10 years ago. Ouch.

Welp, now I feel like I need about 12 apple ginger margaritas to forget that fact. 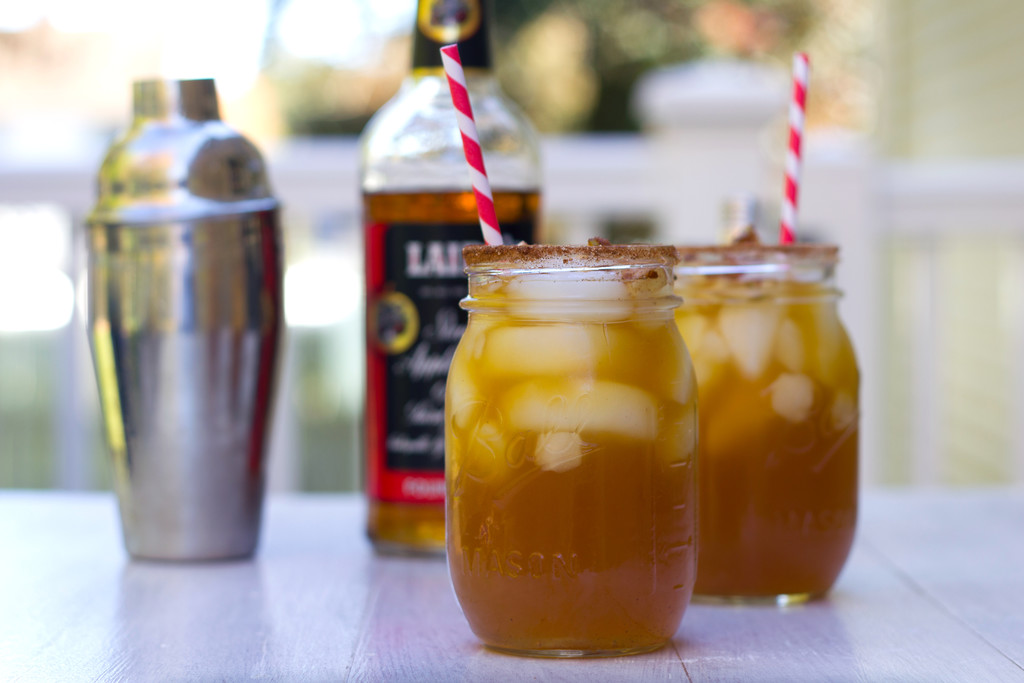 Thanksgiving also used to be the time where I’d head home to meet up with everyone from high school. But now it’s the time where I go to my parents’ house and sit on the couch in my pajamas and just stalk everyone from high school on Facebook.  Just kidding; I’m totally not a stalker. And I’m on Facebook SO much at work that I rarely use it personally anymore. Unless someone has a really, really cute baby. 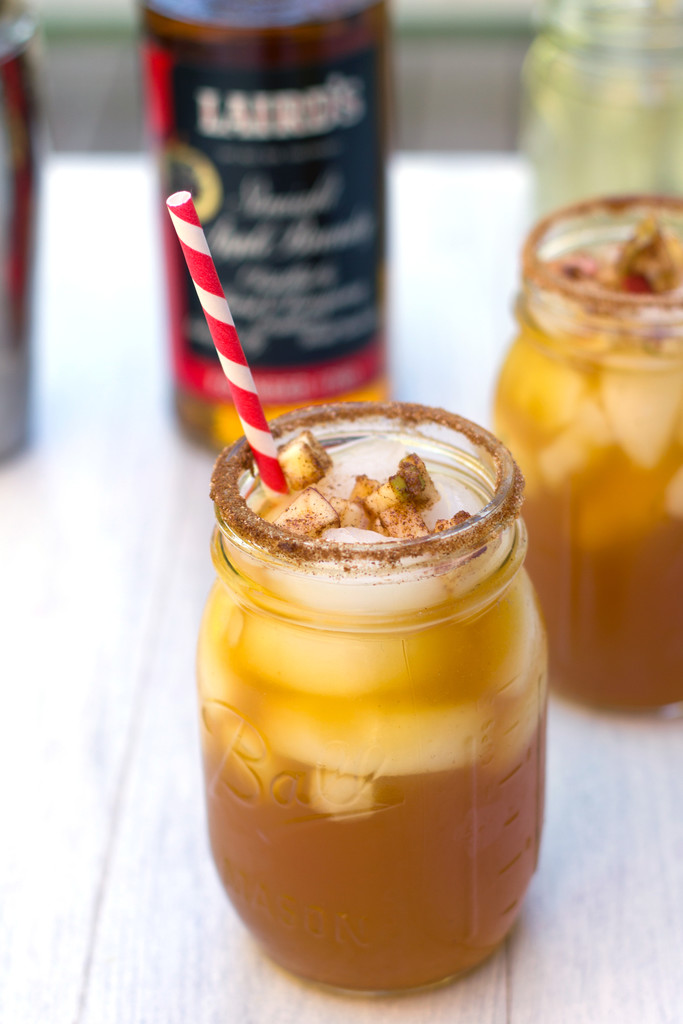 Can you blame me? Plus, apple ginger margaritas go really, really well with turkey.

Do you make a special cocktail every Thanksgiving?

I hope so. I'm pretty sure this apple ginger margarita will be on my Thanksgiving dinner table this year! Have I mentioned I can’t wait? Also, happy Thanksgiving week!!

If you're looking for more fall-themed cocktails, be sure to check out my recipes for Pumpkin Pie Martinis and Holiday Spiced Honeycrisp Apple Cocktails. I also love these Caramel Apple Vodka Martinis from Sense and Edibility! 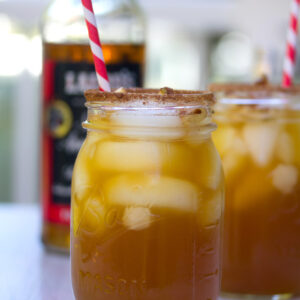