This Loaded Baked Potato Soup from America's Test Kitchen takes a classic recipe and lightens it up for a much healthier, but still creamy and delicious soup that you can eat all winter long!

(This recipe for Loaded Baked Potato Soup was originally published in April 2013, but was updated with new photos in 2018).

I aways feel sad when I think about how "meh" I am about potatoes. It's weird because it seems like everyone is absolutely obsessed with them.

And here I am just not able to fully compute the appeal of them. For whatever reason, I find them to be a bit boring... Most specifically the regular old white potato.

That is... UNLESS it is acting as a vehicle for some other deliciousness like cheese, ketchup, or sour cream and bacon.

The baked potato actually sounds more appealing to me because of all the topping possibilities. But I like the idea of them in soup form even more because you are truly combining the creamy toppings with the potato and can't just eat all the good stuff off the top (which I would totally do).

But, I mean, obviously a loaded baked potato soup is not really at the top of the healthy foods list. At all. Ever.

Well, until now. OK, maybe it's still not at the TOP of the healthy foods list, but it's a whole lot better for you. And every bit as delicious as any baked potato I've ever had.

I got this recipe for Loaded Baked Potato Soup in the America's Test Kitchen cookbook, Comfort Food Makeovers (affiliate link), and it is a gem. ATK sent me the book (huge thanks!!) and it took me about a million hours to decide what I wanted to test out.

This is definitely only the first of many because I still can't get over how perfect it is. And also easy.

As in, I made it after work. Which is saying a lot considering all I generally have the energy to do after work is sit on my butt and stare blankly at trashy reality television while eating candy.

What I think what makes this baked potato soup different than any I've had in the past is that it not only has crispy crumbled bacon on top of it, but it also has crispy potato skins on top of it!

When you're preparing your potatoes, be sure to save the skins from two potatoes because you'll need to chop them up and fry them in the bacon grease a bit. YUM.

From there, it's kind of like you're making a regular old baked potato soup... You'll cook the onion and garlic in your pot or dutch oven and then stir in the flour and broth.

Then come the potatoes, mustard powder, and thyme and you'll bring the mixture to a simmer, reduce heat to medium-low, cover the pot, and continue cooking until the potatoes are nice and tender. This will likely take about 7-8 minutes.

Remove the sprig of thyme and put half the soup into a blender and blend until the mixture is nice and smooth. Return blended soup to pot and whisk in half-and-half.

Put yogurt in a separate, small bowl and then stir in ½ cup of the hot soup (this will temper it) before whisking mixture into the pot of soup.

Stir in the cheese and sprinkle with salt and pepper to taste.

See? Instead of adding heavy cream and a ton of cheese into the soup, you simply stir in some half-and-half, Greek yogurt, and light cheese.

And omg let me tell you that you won't even miss the heavy stuff.

And maybe it's just me, but a bowl of soup? Should not be that bad for you.

Actually, no, that's not the best part. The best part is that it tastes so freaking good and you would never believe most of the naughty ingredients have been seriously cut down or removed. I would choose this loaded baked potato soup soup over the full fat/calorie version any day.

Can't you tell from the photos how deliciously creamy this looks? That's the magic of a little half-and-half and yogurt. The soup has a beautifully thick consistency and really tasted like a true loaded baked potato packed with all the good toppings.

If this soup is any indication of the rest of the recipes is Comfort Food Makeovers, then we are going to have a very long and happy relationship together. I'm especially excited to make more of the recipes as  the summer months approach, when we still might want some classic comfort foods, but don't want to be totally weighed down by them.

Next on my list to make from this book includes Mexican Lasagna, Chicken Chilaquiles, Shepherd's Pie, General Tso's Chicken, and Pork Lo Mein. I might just take it on Julie and Julia style and make everything!

The book even includes lots of recipes from popular chain restaurants, lightened up in a major way, and every recipe includes basic nutritional information (for before the makeover and after!). Another definite winner from America's Test Kitchen. But really, I'm not surprised.

If you're looking for more soup recipes that are totally satisfying as a complete meal (OK, I'd never argue with a side of crusty bread), I have lots of recommendations for you! Here are some of my favorite soup recipes: 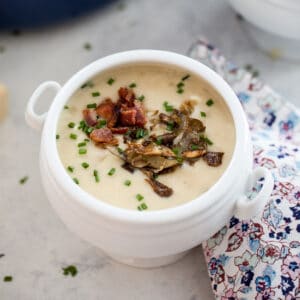 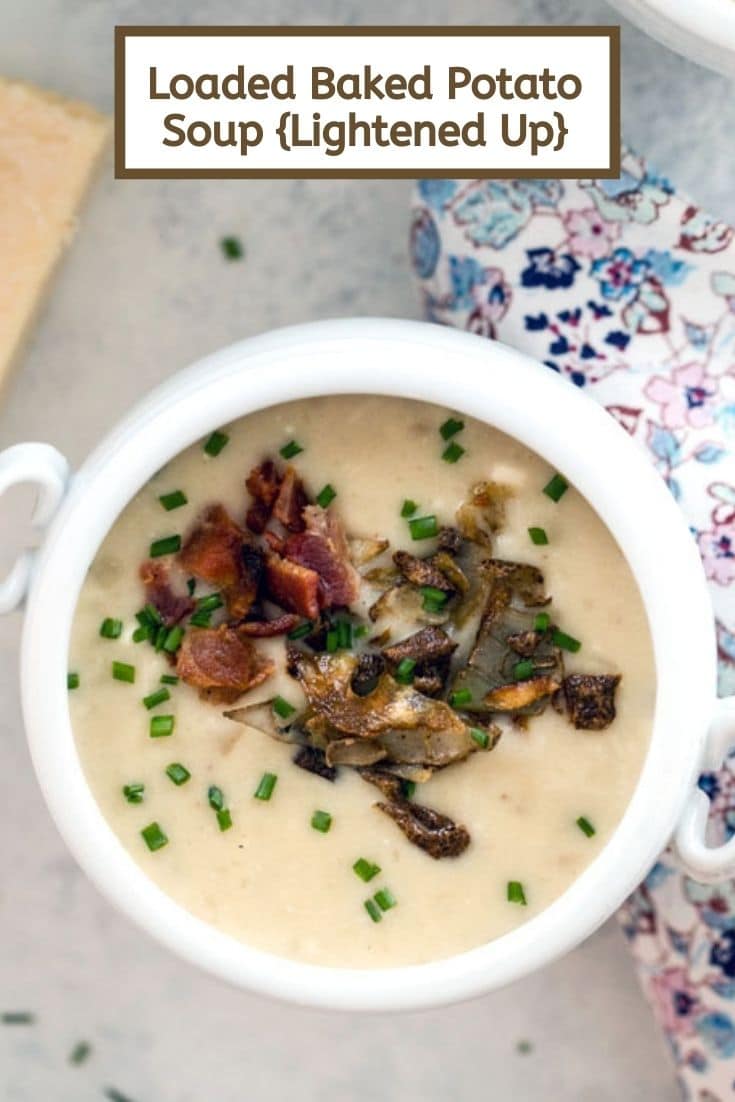 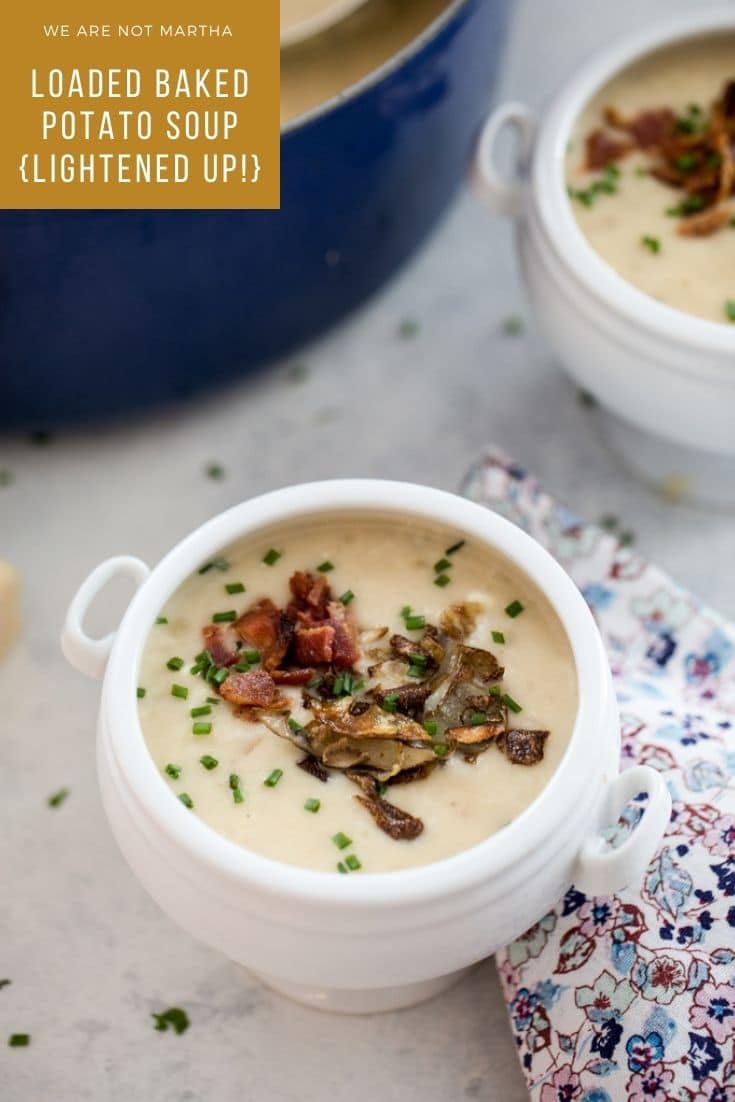