Whether you're serving them at your Super Bowl party or for a weeknight dinner, these Zesty Baked Chicken Wings are healthier chicken wings that are just as delicious as any fried wings could be!

(This recipe for Zesty Baked Chicken Wings was originally published in February 2010, but was updated with new photos in 2020).

After meeting Bethenny Frankel a couple weeks ago, I've been toying around with making of her recipes. While I don't necessarily fully believe in everything Bethenny promotes nutritionally, I do like her general philosophy.

And when Bethenny mentioned her healthy and totally delicious Zesty Baked Chicken Wings would be perfect for Super Bowl, I decided to give them a try for a small gathering we were having for the big game.

While the buffalo wings I grew up with actually aren't unhealthy (my parents always baked them instead of frying), I wanted to try something a bit different.

These zesty baked chicken wings are also the wings Bethenny made often for Denis Leary while working as his personal chef on the set of Rescue Me (and I'm a bit of a Denis Leary fan since he graduated from and taught at my grad school alma mater, Emerson College).

The recipe can also be found in Bethenny's cookbook The Skinnygirl Dish (affiliate link).

If you love chicken wings, but want them to be a bit healthier than the typical wing while remaining absolutely delicious, this is the recipe for you!

Not only are these zesty chicken wings baked instead of fried, but they're also made with whole wheat bread crumbs. In addition, there's some hot sauce involved, plus lots of spices that add all kinds of flavors to this delicious wings!

You can make these for a family dinner or for your football watching parties and I have a feeling nobody will guess that they're healthy... They'll be too busy grabbing as many as they can!

These baked wings are super easy to prepare, especially once the chopping is out of the way. If you want to make them even easier, make sure you buy "party wings," so the wingette and drumette are already separated. I hate cutting up whole wings and think paying a little extra to have it already done is SO worth it.

I made a few changes to Bethenny's original recipe, including using hot sauce instead of cayenne. Frank's Red Hot just feels necessary to all chicken wing recipes!

Here's everything you need:

The baked chicken wings can be served on their own, but they're even more delicious when dipped in a yogurt sauce! Here's what you need for that:

Just a few simple steps and these wings will be ready for you to enjoy! To start, combine olive oil, dijon, hot sauce, garlic, salt, pepper, lemon zest, and lemon juice in a small bowl and whisk until combined.

Pour the marinade over the wings in a large Ziplock bag and marinate in the fridge for at least 30 minutes and up to 4 hours.

Once your wings are done marinating, toss them in the bowl to coat in the breadcrumb mixture and place them on a pan lightly brushed with oil.

Bake at 425 degrees for about 30-30 minutes mins, rotating pan halfway through. Bake until they're golden and the juices run clear!

How to Make Yogurt Dip

While the wings are in the oven, whip up the yogurt dip. All you have to do is mix together all the ingredients in a medium bowl. Keep in the fridge until you're ready to serve the dip.

There's nothing better than a baked chicken wing that's nice and golden and extra-crispy. Bethenny says the wings just won't dry out in the oven even if you over-bake them.

And you know, she's totally right! I think it must have something to do with that marinade.

Serve the zesty baked chicken wings along with the yogurt dip and let your football party guests dig in! Or dig in yourself. You'll likely have lots of leftovers if you're not sharing with friends, though I can't totally guarantee it.

I've made these chicken wings both as a party appetizer (most recently for the Super Bowl!) and as an entree with a side salad. One reason I love chicken wings is because there's no bad time to serve them. And when they're healthier chicken wings, you can feel good about serving them any time!

If you're looking for more recipes for delicious chicken wings or other appetziers perfect for watching football games, check out some of my favorites:

For my Super Bowl gathering this year, we served lots of snacky-type food like Chris's famous jalapeño poppers, which I need to have him do a guest post on really soon! They're to-die-for.

These zesty baked wings are perfect because they are ridiculously crispy on the outside and super duper tender on the inside. I couldn't believe how juicy they were!

Adding the Frank's Red Hot into the marinade really helped give the wings a bit of an extra kick, perfect for anyone who really loves buffalo wings but wants to try something new and doesn't want wings that are too spicy.

I'll definitely be making Bethenny Frankel's zesty baked chicken wings again soon. Perhaps for another gathering or maybe just for myself. Next time I might play around with some other spices to see what I can come up with.

Chicken wings I don't have to feel guilty about are always a win for me! 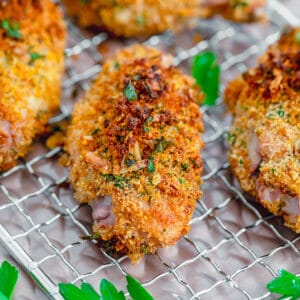 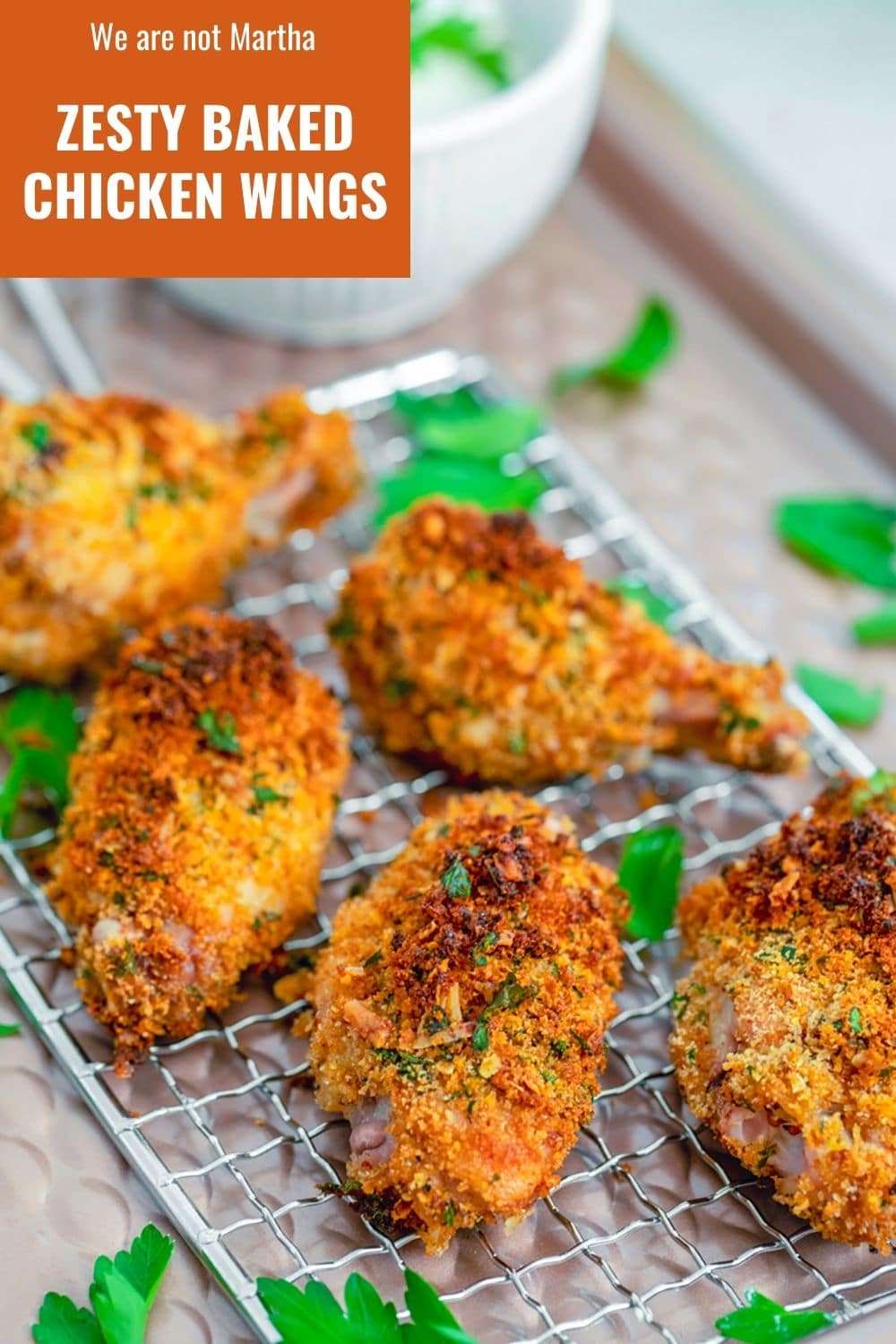